As the moon peaked through the tree branches in the dark, steamy jungle, the great white hunter was on the prowl.  She could hear the birds in the trees, the peacock across the river, the howl of monkeys and what sounded like jackals in the far distance ... or maybe it was wolves.  Stealthily ... ever so slowly ... quiet as a mouse ... she crept up to the big rock ... waiting .... just waiting for the perfect moment in time.      WHACK!!!!!      Three disease carrying winged insects died with one loud swat!!  Nineteen more soon followed suit.  The corners of her mouth turned up into a slight smile .... a knowing smirk ... as a feeling of power coursed through her veins. 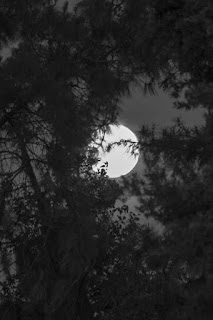 I'll sure be happy when all those darn flies die in the next frost!!  After a nice cup of coffee with Gretchen and her tank full of good well water, she was off on her Alaska adventure, guard dog Bella at her feet ... but not until Bella and Cooper played chase in the kitchen.  Try as I might, I wasn't able to steal Bella before they drove away.

I spent a couple of hours working on the rabbit again, trimming here and there and finishing his ears.  With the background sewn, I'm ready for next Thursday's class.  Another hour passed quickly as I rummaged through all my material for flowery stuff.  I soon realized I didn't have any, but I DID have some batiks that will make great Giraffe legs.  Gee whiz, I guess I have to go to another fabric store!!  You guessed it, I'm making the Giraffe next. 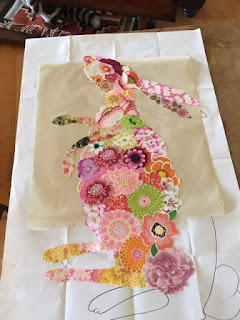 The great white hunter came out about dinner time to finish the job.  There were those who thought they were safe on the ceiling.  NOT!!!  Note to self .... don't leave the back door open any more!!

With nothing for dinner, I settled on a tuna sandwich and some homemade peanut butter cookies.  As soon as that mayo hit bottom, the great white hunter was sick as a dog.  That's where the cookies came in .... powerful little stomach soothing pills. 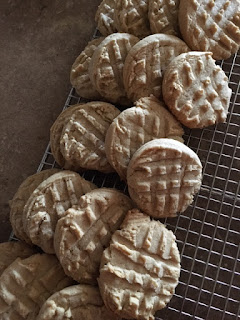 It's a short blog today, as it's VERY early.  I'm cooking again at the outdoor breakfast at Elks Park.  Actually, I'm probably just cutting up fruit and serving pancakes, but that's okay.  It's a free breakfast and my puppies will think I smell nice ..... mmmmmmm pancakes!!