Just When I Think I've Got It!!

It was another O-Dark-Thirty morning yesterday as I got ready for Sunday morning breakfast at the Elk's RV Park.  Every third Sunday of the month, these are held as a fundraiser for the park, to pay for improvements.  It's a VERY nice RV park with electrical hookups, water and a dump station.  If anyone would like to hold a rally here in the quiet countryside, or if you are just traveling through, stop in or contact the Merced Elks Lodge 1240.  They have great facilities available and you can check out Castle Air Museum.  Tell them Nancy sent you!

This breakfast was quite tasty ... obviously NOT cooked by me.  There was yummy sausage, scrambled eggs, light and fluffy Krusteaz pancakes, fresh fruit I cut up myself, along with orange juice and coffee for $6.00.   You can hardly even get coffee nowadays for $6.00!!  Bloody Marys were available for something like $3.00 and next time expect mimosas. 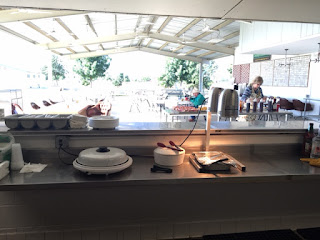 Back at the Kastle, I quickly fell asleep alongside the puppies for a short nap, after which I thought I should make carrot cake cupcakes.  Worst idea I've had in a LONG time!!  Just when I'm on a roll and cooking edible food, there's an EPIC fail!!

First off, do you know how hard it is to grate carrots?  There were bits and pieces of carrot all over the counter and floor in no time!!  This turned out to be a pretty large recipe ... 4 eggs, 2 cups sugar ... but I had 24 cupcake liners and my handy dandy scooper, so I was sure all would turn out okay.  It didn't.

I thought the cups were a little full when I slid them in the oven and I was right.  In no time, batter was rising up over the edges and running together.  By the time they were done, it was one large sheet of cake over the entire pan.  Well for heavens sake!!!  I tested for doneness and brought them out of the oven, whereupon they immediately fell, creating a deep cavern in the middle of every one.  My ego deflated exactly the same. 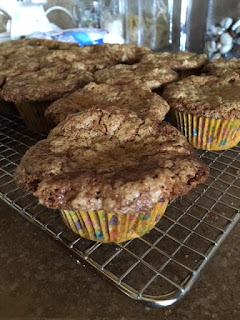 I was SO disappointed!!  These were going to be cactus cupcakes!!  The edges immediately broke off and the papers became permanently glued to the cake.  EPIC FAIL!!  Probably the worst batch I've baked in my life.  I suppose I'll keep a few in the freezer in case I'm dying for something sweet, but believe me, they won't be the first thing I reach for. 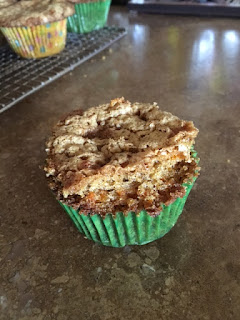 Some good news for Jonathan ... or for me actually ... I think I found the perfect travel cage for the rig so I can get my table back.  It's actually about the same size around but only half as tall.  I've got my fingers crossed it will work, since it will probably cost me a fortune to return it!!

In the meantime, GO GIANTS!!!  They beat Chicago 1-0 ... boy, what a game THAT was!!  They fought tooth and nail for that one, winning the series!!  I imagine my neighbors were wondering what all the screaming was about!!

For those who were asking ... Ugly Steaks come from Dickmans Meat and Deli in Tucson Arizona.  I don't know if they will ship or not.  I bought eight the last time I was there, individually wrapped them in saran wrap, then in a zip-lok bag and kept them in the freezer.  Next time I'm getting a dozen!!  Yes they are pricey, but in my humble opinion, WELL worth it!!