How did I not realize today would be Friday the 13th?  Not that I believe in all that superstitious stuff, but I certainly do tread lightly when the possibility of FREDDY sneaking around my house arises.  When I got up this morning, I turned around three times, jumped up once and tapped three times on the wooden headboard, just in case.

In comparison, yesterday was pretty carefree.  I needed some cactus soil mixture and pipe insulation for my quilt hangars, so I drove in my sparkly clean truck to Lowes.  It's funny how every time I go in that store, everything I need is neatly stacked in the farthest four corners of the building.

I've had a couple of birdhouses that I wanted to hang up, so when I spotted these curlycue plant hangars, I grabbed them.  This particular birdhouse came later when I was waylaid next door at Hobby Lobby. 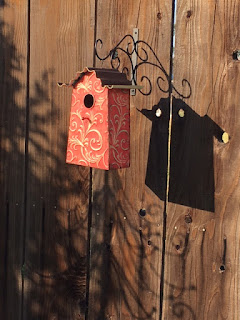 My truck took on a life of it's own as it drove the complete wrong direction to the hobby store.  Okay, since I was there, I might as well pick up the small $1.00 paint bottles to finish my Purple Cow.  This store knows how to GET you!!  The craft paint is nowhere near the "paint" section, forcing you to cruise down the aisles of expensive things you just can't resist.  Like this cupcake stand.

Good thing I had my trusty coupon-finding phone with me or I wouldn't have received 75% off this beauty!!  Now for the tacks to decorate the side of my painting.  I went up and down every aisle in the wood and craft section, only to find out 30 minutes later they were in the fabric section.  Gee, I should have known!!

They DO save the best stuff for last, stacked along the aisles as you head to the checkout stand, usually with a big 50% off sign attached.  Such was the case of the cute red birdhouse above, which jumped into my cart all on its own!! 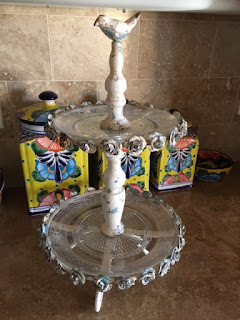 Finally back home, I set to repotting the cactus that was growing into each other.  I'm hoping they survive, but it being the 13th, I think they are doomed.  I tried to separate them ... BIG mistake ... before realizing the three have one huge root in the middle.  Sadly, the one on the left broke off and probably won't survive.  Sniff sniff ......... 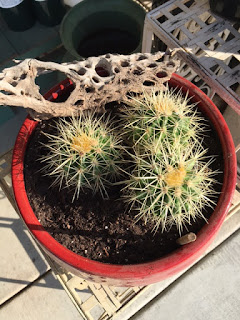 Back inside as the temperature climbed up to the 90's, I finished painting Lavender and nailed the tacks onto the sides.  Just don't stare into her eyes for very long .... Freddy might show up!! 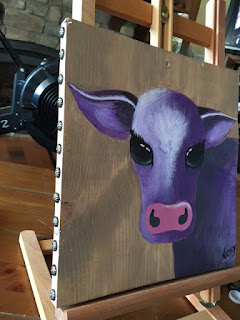 I'm back in business since I purchased some of those small propane tanks for the barbecue.  So I made tamale pie.  That makes sense, right?  The only thing I had to BBQ was frozen chicken or ribs that required 5 hours.  Tamale pie was a good substitute ... and tasty!! 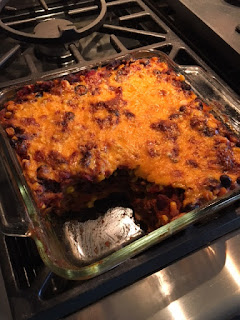 So far Freddy has stayed away, I haven't seen any black cats and my ladder is stowed in the garage.  I made sure not to step on any cracks in the patio this morning, but have my rabbits foot handy, just in case it's required.

Now if I can just get that 125 pound ancient television in the back of my truck to take to the recycling station which opens tomorrow, I'll be in good shape.  Maybe I should call on Freddy after all .... he can help lift!!!