I really do try to follow the instructions, otherwise I would be in even MORE trouble when it comes to cooking.  It's even better when instructions are actually WRITTEN DOWN, which in this case they were not.  There was just a picture.

I spotted a nice organized set-up of quilting boxes filled to the brim with material at my neighbor Shirley's house.  It took an entire day on the internet to come up with the same thing.  Come to find out, it's NOT for fabric, it's for scrapbooking.

You've got to give Amazon credit ... they delivered them the very next day!! 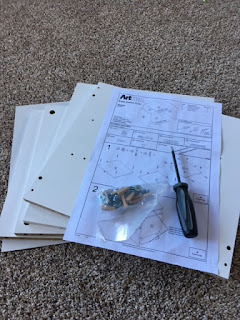 After taking the first one apart three times, I was finally able to get all the finished edges looking the right direction.  Almost, anyway.  Don't look at the bottom box.  It didn't dawn on me, nor did the little picture show that the white should be INSIDE the box.  It's nailed down like Fort Knox, so there's no chance of changing it.  It's okay, it won't show. 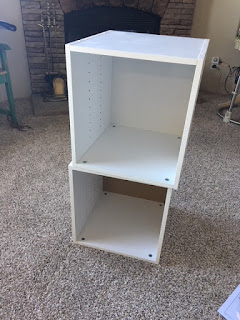 It IS weird how Amazon works.  I ordered the casters with it, but they came separately by a completely different driver.  I whipped out my trusty drill and went to work after checking the picture SIX times to be sure I was putting them on right.  Let's be realistic ... this is a MAN'S job. 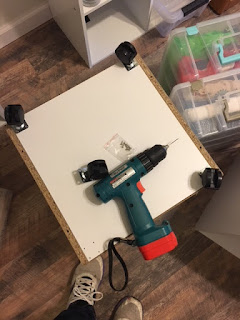 And there you have it.  A box for my boxes.  They actually slide in and out on side rails.  Yes, my organizational storage needs a little organization!  That will come later. 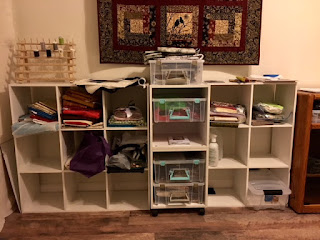 I got REAL brave in the afternoon.  I picked a recipe from my new Williams Sonoma cookbook to test drive for my company.  Barbacoa Beef.  By the way, in the end, I did not purchase those plates, as I actually do have EIGHT plates to eat off of.  Instead, I bought $97 worth of meat (all on sale) to practice with.  Good grief meat has gotten expensive!

This one was pretty simple as Mexican recipes go, and I will relay that tomorrow.  I took some over to Chef Patty for her opinion because once I've tasted it 29 times during cooking, I never really know if it's any good.  She gave it a thumbs up!!  YAY!! 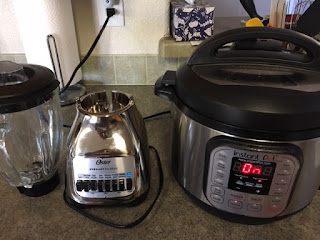 Very early this morning I'm off again to deep in the heart for an embroidery class on the machine I purchased here a few years ago.  It will be two days of practicing patience and my resolve NOT to buy anything unless it's 50% off!!

I'll let you know how it goes!!