Deep In The Heart

Tucson is an old town, starting with paleo Indians, Spanish Missions, Mexicans and finally the Confederate States all trying to take the land away from the people who lived here.  That means it's a conglomerate of influences and spread out across many MANY acres.  If you want to go anywhere in Tucson, you have to go deep in the heart, which means for us outsiders it's a 45 minute drive to practically anywhere.

Thus began yesterday's adventure deep in the heart to find the Williams Sonoma store.  You remember those $25 melamine plates (that was the price per piece) I purchased with my gift certificate last year?  It's probably one of the most expensive stores I've ever been in.

So off I drove for 45 minutes, following my GPS of course, on surface streets for over ten miles.  You can imagine my frustration with the stop lights, not to mention Sunday traffic.  I arrived and whipped into the first parking spot I could find.  That's when I noticed it was FOR AJ's ONLY.  AJ's is the highest end grocery store I've ever seen.

Not that anyone noticed, but I figured I would go in one door and out the other so I didn't get my Jeep towed.  At least I could SAY I was there.  This greeted me at the door.  I'm guessing it's a javelina. 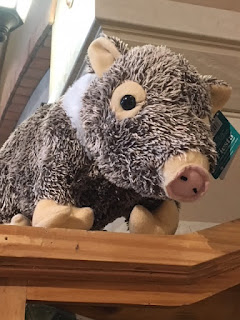 I wandered down the produce aisle where I found avocados for $3.99 each.  I passed on those.  As I walked by the meat counter, I spotted ground beef for $10 a pound.  I almost choked on that one.  Maybe a nice bottle of wine, just to prove I was an AJ's shopper.  Or not, since the wine section was divided by Country and I saw nothing under $18 a bottle.   E & J Gallo wasn't on ANY shelf.

A little further along, I spotted this guy.  Good grief!!  They have a chef making breakfast omelets for your eating pleasure.  I didn't even look at the price, knowing I couldn't afford it. 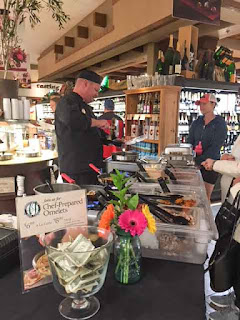 At the very end, just before heading out the door, I spotted these.  They had French names I couldn't even pronounce, but were only $2 each.  Perfect to secure my parking spot by shopping AJ's. 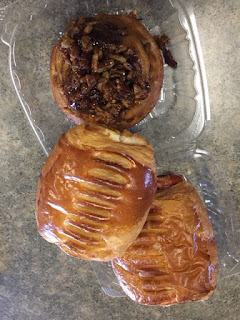 I left them on the seat of the car with my receipt in plain sight as I headed off to Williams Sonoma. 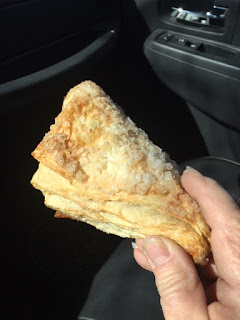 I had a little more luck this time as I looked for anything under $20.  I scored another bundle of towels (the same as last time, but they ARE rather nice), and not one, but TWO instant pot cookbooks.  Good for Williams Sonoma for keeping up with the times.  They even had a demonstration going on.

I passed on the $599 Kitchenaid mixer and the $259 blender and snatched up two quarter sheet baking pans.  I love these.  They are good for so many things and fit in my Breville oven perfectly.  I grabbed the bag and held on for dear life as I walked to the Jeep so no one would steal my overly expensive items.  Luckily my Jeep didn't get towed, so the croissant display must have worked. 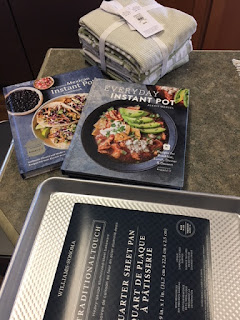 At this point, I'm very sorry I purchased those pastries, because now I have to eat them.  Hopefully I never have to go back to Deep In The Heart.  It's way too high priced for my beer budget.  BUT WAIT ........

On the way home, I stopped in at T J Maxx for some bath towels.  MUCH more in my price line.  What should my eyes behold but those SAME MELAMINE PLATES!!  You're not going to believe this ... you could get FOUR dinner plates and FOUR bread plates ... ALL FOR $19.99.  I'm not kidding.  Shocking it was ... downright shocking!!  Here's last year's picture. 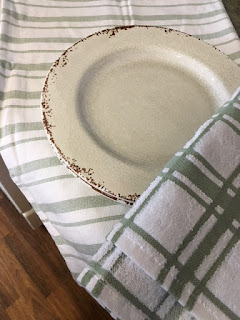 I left the store with my $6.00 bath towels.  No plates were hurt in this transaction, in spite of my overwhelming desire to smash them on the floor!!   Hmmmm, I AM having company next month.  Maybe just ONE set of dishes.