One thing I love is a really long hot shower in the morning.  It just wakes me up and gets me going.  Sometimes that just doesn't work out as planned.  I turned the faucet on hot, waited a few seconds and jumped in.  YIKES!!!  COLD WATER!!

Last year I turned the water heater down to low, and upon my return, the setting was just fine.  This time, not so much.  Of course the water heater access is outside in the cold morning air where I got stuck twelve times by the bushes that engulfed the door.  So much for my euphoric morning.

Eventually, I trimmed up all those bushes along with most of the back yard.  My gardening secret is to give them just enough water to survive, but not grow.  That seems to keep them mostly in check.

By lunchtime, I had plans for an amazing shrimp taco.  I figured I would duplicate the lovely taste of Mexico.  I probably should have had something like a fry daddy, but substituted avocado oil (it's all I could find in the cabinet) and a pot on the stove. 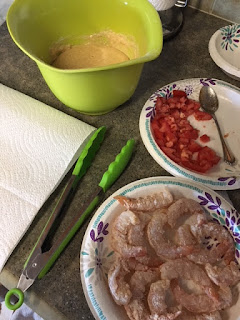 Not bad, eh???  Boy did they look delicious!!  The breading was actually a little thick, but no matter, they are going to taste AMAZING!! 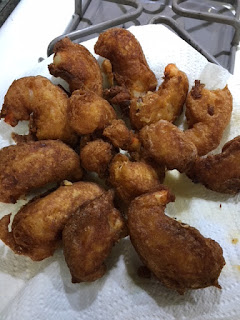 I put everything together in my flour tortilla.  I probably should have picked up corn tortillas.  The very first bite told the story.  WHOA!!!  There was WAY too much paprika and smoked paprika, even though I only used half of what the recipe called for.  I couldn't even taste the shrimp.  My ego completely deflated, I forced it down, but without the relish and gusto I thought would require eating TWO.

Another fail.  Maybe I'll try it again without the paprika.  Although cemetery material, those shrimp cost too much to throw out.  I removed all the breading and ate just the shrimp for dinner!  Waste not, want not!!! 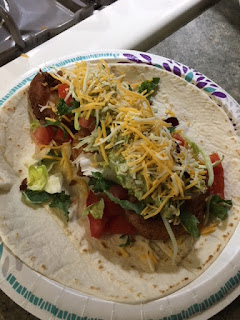 I spent the afternoon painting (another story) and whipped up the binding for this quilt.  It took me most of the day to finish hand sewing it.  Very cowboy-ish, don't you think?  Actually, it does KIND of fit in with the colors of Mexico! 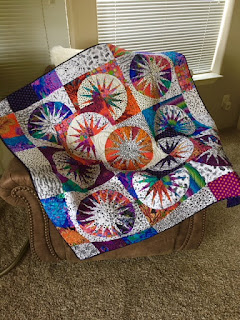 It took another two hours to unpack this mess of fabric, with a couple of boxes still in the rig.  It seems the closet light doesn't want to stay off.  It's one of those open-the-door it comes on things.  Close the door and it's supposed to go off.  Two boxes of fabric are holding the door so the light will stay off.  Another fixit thing. 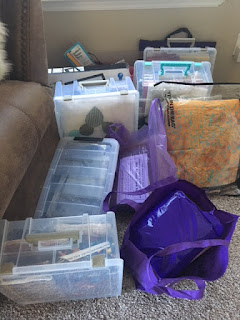 Next up, I was back up on the ladder trying to take down the old FMCA holder.  I had no luck whatsoever.  I think the plastic has melted around the screws, because I couldn't get any of four to budge without messing up the screw head.  Yup I messed up the screw heads.  So the brackets stayed in place while I mounted the even cheaper plastic bars to hold my FMCA number.

I'm not really much for advertising the President thing, but maybe it will spark some interest by new members.  If we don't get some interest, I'm afraid the chapter will end up like the dust in the streets of Tombstone. 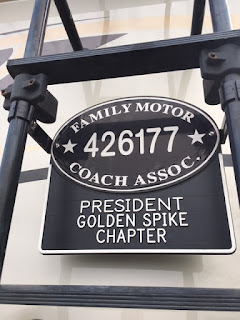 And so another day goes by as rain is supposed to fall this morning, testing both my painting skills and my waxing the roof work.  Besides all that, I've decided to paint the inside of the garage.  Won't THAT be fun!!!!