Another crazy busy day is in the books.  I can't even begin to explain what I do all day long, but here's an example or two. 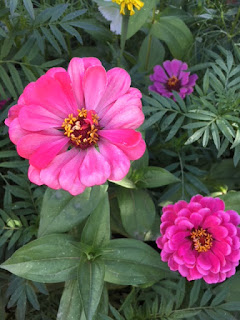 Grandma was found wandering the outskirts of the corn maze

Kid wearing mask was found by the Barnyard Bounce ... Grandpa who lost him was very mad!

Baby goat was caught and returned to the pen.  The hay was moved further away from the fence so he couldn't jump on top again and escape.

Five jackets, six binkies and six water bottles were found on the Time Travel Tractor.  They now live in the lost and found box in the barn.

The cell phones found between the hay bales on the hay ride were returned to the frantic customers.

One of our walkie talkies was found in the portable bathrooms on the floor.  We sprayed it with bleach and gave it back to the guy who lost it.  I'm glad it wasn't me!

The keys were found near the Zip Bee and returned to the frantic customers who couldn't leave the property because ... well, they lost their keys.

Eight pumpkins were recovered from the family who was trying to steal them, running out the back of the property.

Three parents were reunited with their children.  How does this happen??

My hands are in water and ice so much that all my fingerprints have been erased.  That makes it very difficult to unlock my phone, but good if I'm going to rob a bank!

Every single fingernail I had has disappeared in ragged broken ugliness.  It will take me weeks to grow them all back.

Hopefully we will all recover as soon as Halloween comes and goes. 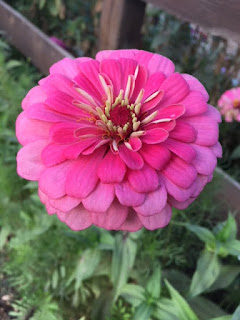 Total miles walked after day whatever it is, because I've completely lost count:   169.71