GRILL MAT!!!  I'll try anything to better my cooking skills.  Over at Our Awesome Travels, George and Suzie use this exact grill mat to make amazing dinners.  You've probably seen these made-for-TV ads that show how great they are but I'm betting you haven't tried one.  Me either.

Finally maybe my luck will change, because my Miracle Grill Mats came in the mail yesterday, two for $14 (Amazon Prime).  I would love to tell you that I tried them out last night and they were spectacular ... nothing short of amazing!!  The problem is I don't have my barbecue with me.

I left it in Arizona, probably a mistake.  When it's here, I rarely use it.  I do actually have a big gas barbecue grill if I have a hankering, but the gas tank has been on empty for at least an entire year.  I should probably take care of that since it's springtime, plus it would be a LOT cheaper to barbecue than use my gas-sucking oven whose temperature is never correct. 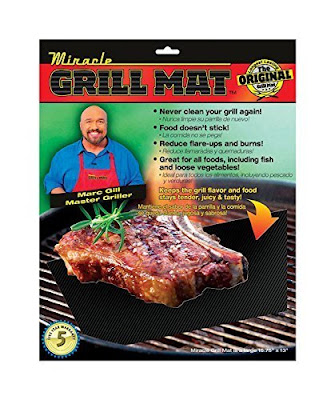 Here are the two mats that come in the package.  Very thin they are, to allow for grill marks, and cuttable with scissors to fit your particular grill.  I can't wait to try them out. 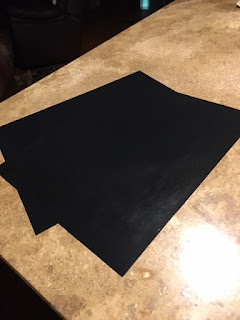 In the meantime, it's been raining cats and dogs.  I think this was supposed to be the third storm of the century.  So far it's just been a normal rain storm, but enough to put an end to the Giants/Dodgers baseball game in San Francisco.  Here I went through all the trouble and expense to watch all the games and they are rained out. 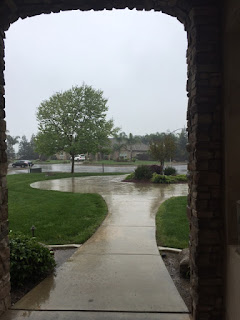 I don't know if you can really see this menu or not, but for the first time in years, I went to the Elks Lodge Friday night dinner with my newest candidate Tony Alamo and his wife.  We were joined by my friend Cyndae from up near Sacramento and one of the owners of the biggest dairy in town .... and the longest lasting at 51 years.  That's got to be a record.

Instead of having steak, most of us had chicken fried steak with gravy.  It was amazingly delicious if you like paper thin meat.  However, anything breaded and deep fried can't be all bad.  I go for the salad and soup bar.  They have the best one in town, as proven by the crowds that show up every Friday night.  If you didn't reserve a table, you were out of luck.

The place was packed to the brim ... not an empty seat in the house.  Several couples were turned away.  Of course they could have stayed, but dinner would have been served at about 10:00. 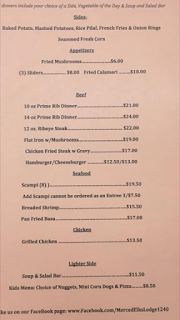 At any rate, we had a great time and lots of laughs, something I haven't done in a while.  I'd show you a picture, but the group was rather camera shy, one having shaved her head in support of a friend battling cancer.  I admire both of them tremendously.

Today will be a lay around day as I try to figure out how to reset my neck bones.  No matter what kind of pillow I have, I seem to dislocate a couple of important pieces that cause pain and consternation.  The chiropractor doesn't open until Monday.  If I'm really lucky, I can fix it myself.

Until then, I'm loving hearing the rain on the roof.