The Vet called yesterday to say Miss Jessie Belle is doing fine and the surgery went well.  I should be able to pick her up some time this morning.  She's coming home with lots of pain pills and meds to keep her comfortable and probably sleeping most of the first couple days.

That means Mom will be hitting the floor all weekend and beyond.  She won't be allowed to jump up or down for some time, but she will try at every opportunity.  I've piled every blanket and bedspread I have on the floor next to the bed, where I will sleep in uncomfortableness for the next few nights.  It's okay, she's worth it and I have a fresh bottle of Advil. 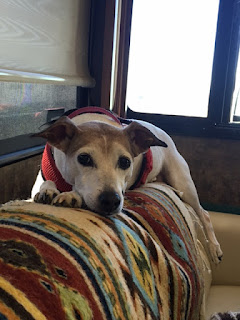 Yesterday I was the lucky recipient of a wad of cash for one of my big Nikon lenses I never use.  It's mostly for portraits which I haven't done in ages.   Some years ago I sold one to my Photography Instructor, I think because I wasn't using it.

It promptly got stolen out of the trunk of his car, along with all his other gear, none of which was insured.  That's catastrophic for a photographer, especially one who makes a living from it.  Eventually I purchased a newer full frame camera and sold him my old one at a hugely discounted rate ... after all, we had become really good friends.

Not long ago he asked what else I could sell him.  Don't ask me why, but somehow I ended up with another of the first lens.  That made TWO I didn't need.  What was I thinking????  At any rate, I sold him the second 24x70 yesterday for just enough to cover Jessie's surgery.  The Lord works in mysterious ways!! 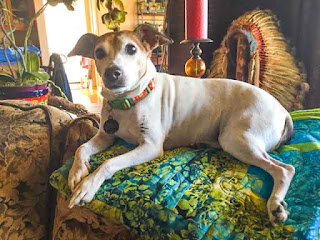 The Instructor is happy, Nancy is happy (except for the sleeping on the floor part) and Jessie is happy she's coming home in a few hours.  She should be back to her old self in a matter of days.  I'm hoping this time it works a little longer, giving her a couple more years of traveling with her Mom and fighting with Cooper over space next to Mom's leg on the couch.  Rock on Miss Jessie!!