It's a wild world out there, especially at the West Coast Game Park Safari.  THIS is one of my favorite places!! 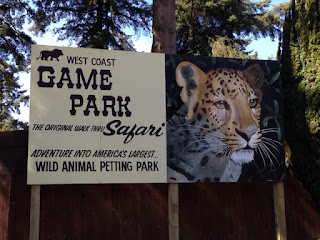 Although white, this is a Bengal Tiger with a recessive gene.  There are only 10-15 left in the wild in India.  The rest of the population resides at zoos and parks in the U.S. 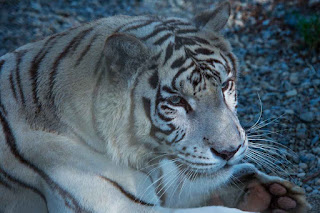 She has to be one of the most elegant, beautiful creatures on earth!!  It's kind of hard to get pictures of these guys.  They have been nice enough to cut holes in the chain link fence for photographs, but you have to be a minimum of six feet tall to reach it!! 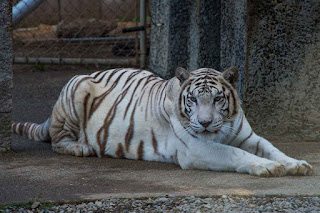 Here's that sweet little Sweetpea.  Who would think an opossum could be cute and cuddly?  You can't pick up a tiger and snuggle it to your neck (petting on the back only), but you can snuggle Sweetpea and she loves it!!  You might think her fur is wiry, but it's soft as can be. 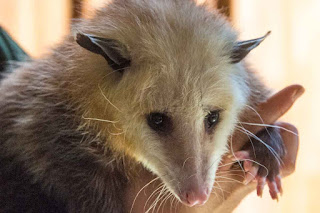 You may remember two years ago when I had this baby on my lap ... Bob the bobcat!!  He's still here and now has a girlfriend.  Don't pay too much attention to the girlfriend or he'll growl at you!! 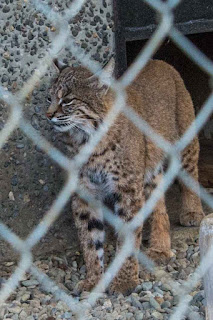 This is last year's picture of Catlyn the serval.  She's the little spotted cat from Africa who at just a couple months old, was fast as lightning. 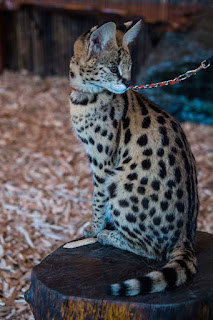 She's grown up a little bit, changed color slightly and has become a.d.d.  She didn't stop running around the enclosure (she was on a long leash) .... 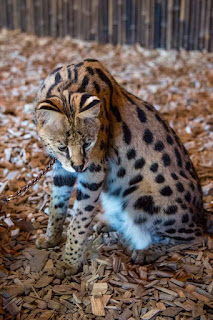 Until she found my backpack laying on the ground.  In two seconds she was wrapped up in it, rubbing her chin and licking her lips.  She must have smelled Cooper!! 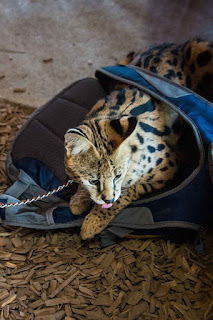 This beauty was pretty laid back and camera shy.  It took quite awhile to get her to pose for me!! 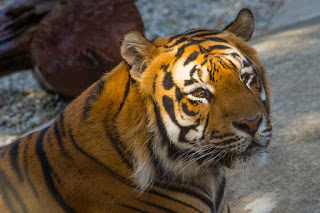 She spent quite a bit of time wandering around the water hole.  Here too, the hole in the fence is quite high ... this is a tip-toe shot!! 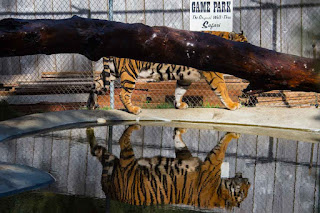 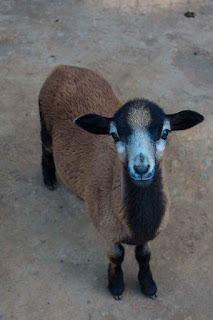 This is Gordon the hedgehog.  Another cutie that you can pet.  Gordon's a chunk, getting lots of food to eat as long as he allows pets! 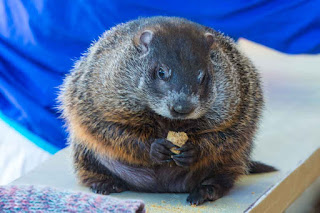 But don't try to take his carrot ... he's pretty protective of that carrot!! 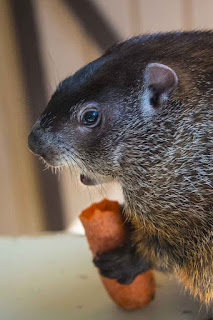 Todd the beautiful red fox is still here doing his tricks for treats.  He'll sit up and give kisses for apples and carrots. 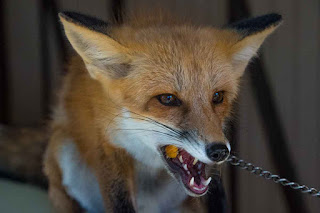 This is Todd from four months ago.  He was also here a couple years ago when I stopped in with the Chance family.  Todd is four years old now and the only fox that continues to allow petting. 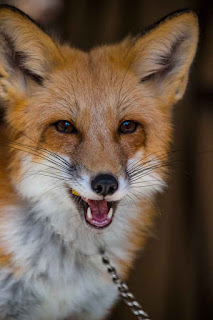 There were so many pretty babies, I had to split this blog in two.  I'll post the rest of the pictures tomorrow morning.

This is a great place to stop if you're on the Oregon coast.  They have plenty of parking for RV's and you can stay as long as you want.  There are lots of other creatures, bears, camels, emu, wallaby, deer, coatimundi, and chimps, just to name a few.  Watch where you step however, because all of the goats, deer, etc. wander around in the same space you do.

Here's one more tip.  Animals will give you signs ... warnings actually ... that you are invading their space.  Their ears are the devices they usually use to tell you and other critters, including their own kind, to stay back.  Horses are a great example ... when they put their ears BACK, you should instantly pay attention and move away.  So when that llama comes up to you with his ears back and his mouth open,  it means you should BACK AWAY QUICKLY!!  Otherwise you will be covered in llama spit, as were two women who didn't understand the language!!  Yucky yuck!!!  Even after washing, the stink doesn't go away!

Up tomorrow ... Tiana the tiger and Lexi the Lynx!!