Who knew Farmers Markets were so dangerous ... especially when you're trying to diet!!  I was no more out of the car and this strawberry crepe was calling my name.  Chained to a table, I was forced to eat the entire thing or face the consequences!!  I never did hear what the consequences were because I scarfed it down as fast as I could!!  Yes, it was as good as it looks!!! 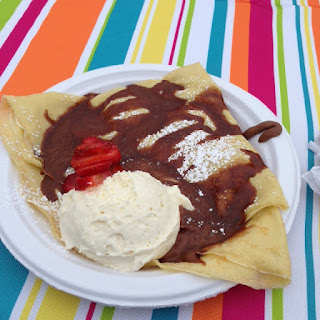 In an attempt to find safety in numbers, I pushed and shoved my way through the vegetable stand, trying to find something to mitigate the sugar high.  With three bags full, I got in the "pay" line just in time.   Immediately the line extended just as far behind me!!  I'm not sure if lettuce, tomatoes, squash, corn and salsa make up for crepes, but it's all I could carry. 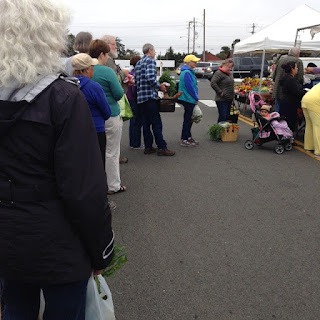 More danger lurked at Pacific Sourdough, which was stocked to the brim with breads and pastries, including those lemon sugar cookies.  This time I picked up a loaf of onion sourdough,  which has to be the best bread I've eaten on the coast.  It's amazing!!  Go early and fight your way through to acquire goodies before they are sold out. 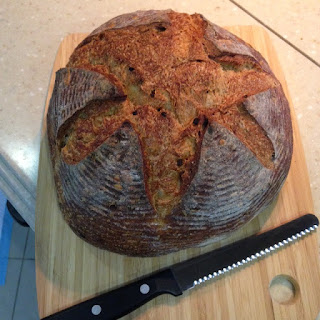 Exhausted and weak from the morning slaying of dragons at the market, I of course stopped to see what the wind was doing.  Nothing ... nada!!  After another wasted trip where I saw high tides and no room to stand without getting my feet wet, I looked up the Burrows House.  It's an interesting story to say the least.

John and Susan Burrows were married in 1895 at the ages of 60 years old.  John was into construction, so he took Susan's fortune, amounting to all of $1400, and built this house on top of a hill, surrounded by forest, but with a nice view of Nye Beach.  That was a lot of money in those days, equal to about $40,000 now. 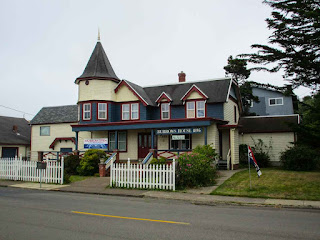 When Susan found out her money was gone, she filed for divorce.  John moved out, lucky for her.  Since he could not be found on court day, she got the house and land.  That was unusual since women had no rights in those days.  With no money to live on, she turned it into a boarding house, the Seaview Rooms. 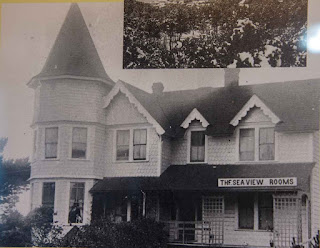 This is the house overlooking Nye Beach.  When the local funeral parlor burned down, she sold the house to the Bateman family for $1500.  Sold again in 1938 and 1955, it has been a funeral parlor ever since.  Highway 101 ran fairly close to the front door, when in 1976 the Bank of Newport bought the property for their new location, donating the house to the Historical Society, who moved it basically one block away behind the Army National Guard.  Surprisingly, I didn't run into any ghosts, so I assume it's NOT a dangerous place. 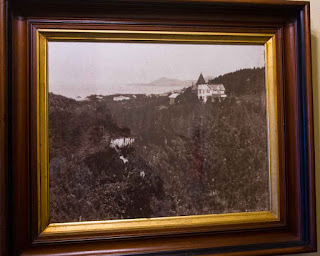 There are lots of pictures inside and some furniture that has been donated.  The rooms however, are unrecognizable with lowered ceilings and interior walls torn down, making room for caskets.

This is a picture of Nye Beach.  The train from the interior to the town of Toledo, brought tourists who then road a ferry down the river to Newport.  Basking in the sun and saltwater, they believed the clean air and salt would cure all their ills. 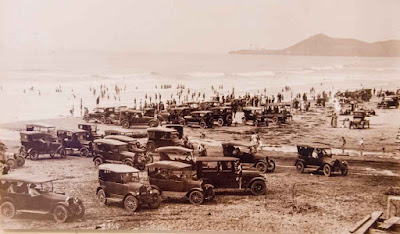 Just as now, driving on the beach in the old days was hazardous.  This guy left his car parked as he and his friends walked down the beach.  Bad move ... no four wheel drive! 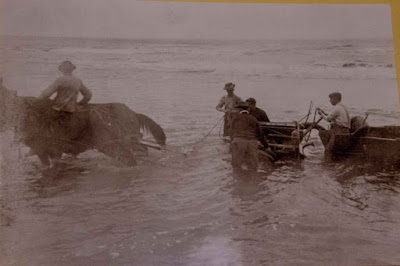 Here's an interesting piece.  Lee Way, a Chinese gentlemen who worked for the Ocean House Hotel in 1890, hand carved this wood sign for the dining room.  As with most of the older buildings in this area, it either burned down or was demolished. 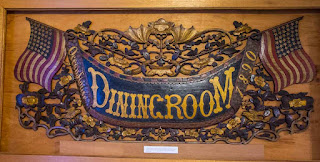 People came to Newport for the fish and lumber, but eventually it became a tourist town with the construction of Dr. Minthorn's Hot Sea Baths (the higher you were in the building, the more expensive the treatments were) and the Natatorium which contained a theatre, dance hall, bowling alley and swimming pool, also with heated salt water. 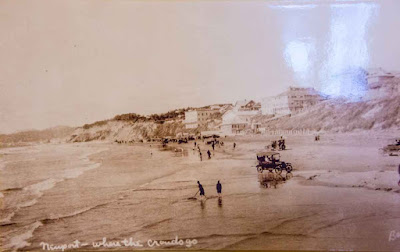 Looking West along Bay Street in Old Town (notice no bridge), the entire town would show up to greet the boats bringing in tourists.  Like today, they wanted to see the rich and famous who came to improve their health and their "fun" quota!! 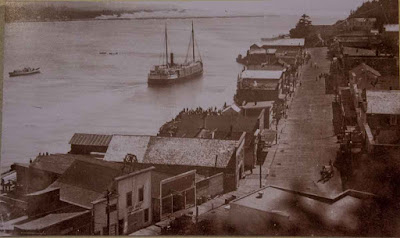 Since the museum is free (donations only), it's worth a stop just to see the old pictures.  Otherwise, it's a rather nondescript funeral parlor with not much to ooh and aah over.  The most interesting part, the basement where the embalming took place, was destroyed when the bank was built.

On the way home, I stopped in at the Kite Store hoping to find a nice extension pole for my new flag. For $25 I found a great one that has an attachment you can stick in the ground.  I still haven't figured out how best to attach it to the ladder, but I'm working on that!!

I actually made two more trips to the beach looking for that elusive wind, but it never showed.  I'm hoping for a change in fortune today ... there's NO fog this morning!!  That means the winds might just kick up enough for a little kite flying.