Inside The Big Tent

It couldn't get any colder.  Freezing 20-30 mph winds make it feel like it's 10 below.  I keep getting warnings that the air quality was bad.  No kidding Sherlock!!  I'll have to use that dusting mitt sooner than I thought!

I took Cooper out early, then put on most of the clothes I had in my closet.  Why?  Because I left at 8:00 and expected to sit in the cold truck for an hour.  I sacrifice so you can see what's at the Big Tent.  Not really ... I was after that table.   I suppose I could have kept the truck running, but diesel has gone from $4.05 to $4.40 a gallon ... if they had some.  The station has been OUT of diesel fuel all week long. 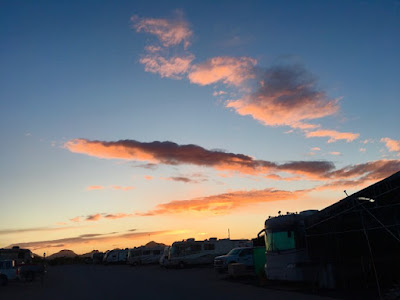 AND WE'RE IN!!!  Not such a big crowd today, I'm sure due to the cold.  The tent would be much warmer if they would close those end flaps.  And so your tour begins .....
Inflatable boats.  I hope it comes with something to blow it up.  I'm full of hot air, but not THAT much!! 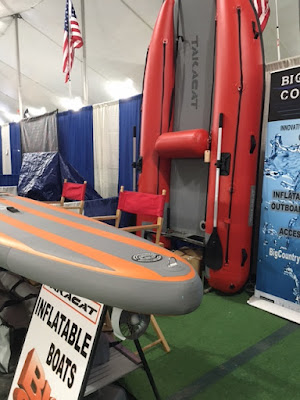 The World's Best Peeler!!  How could you possibly be without THIS?  It's amazing ... screaming fast ... it's destined to make you a famous Chef. They make it look so easy, but it's not. 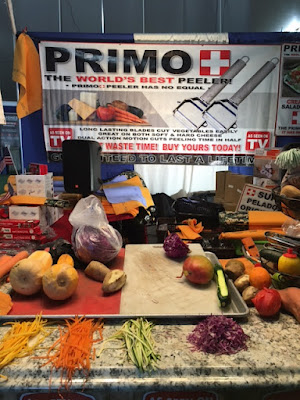 The velcro bed.  Here's the deal ... the sheets velcro to the comforter so you never had to tuck them in.  However ... on MY bed, you STILL have to tuck that now really thick bunch of fabric into the 1/2 slot between the mattress and the nightstand.  For something like $350, I passed. 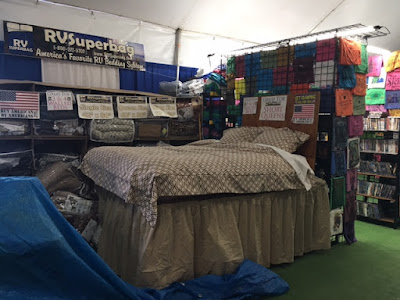 Need a pet brush??  Buy a dog that doesn't shed.  Thankfully Cooper does not shed, or I'm sure I would have bought one.  On the other hand, it would be good to get those spiders out of my carpet in Vail. 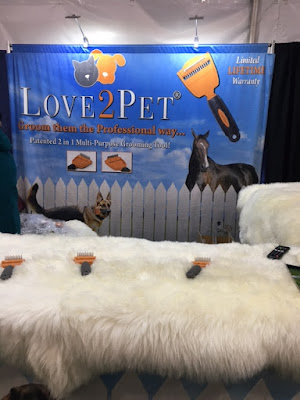 Here lies every possible kind of towel you could ever want.  I think they are mostly microfiber.  My problem is that they stick and snag on my rough hands.  That makes me crazy.  I know that because I've bought several in the past, before finally tossing them out. 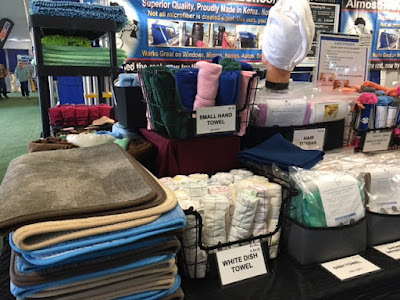 For you partiers ... here you go.  Not one, but THREE holes to serve your favorite drink.  I did speak with the gentleman who says they have over 100 suppliers of these blocks that apparently weigh in like a real headstone.  He also mentioned that they DO make headstones.  I didn't ask the price. 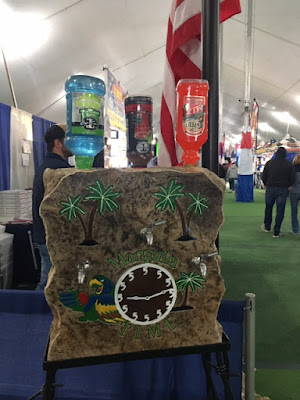 I actually made a beeline for this vendor.  HEATERS!!  Half the building was lined up in front of these trying to thaw out their hands.  No kidding ... my nose was frozen with my hands not far behind.  It's way too big for my rig, but would be good for someone that spends a lot of time outside in the cold.  I prefer my warm rig. 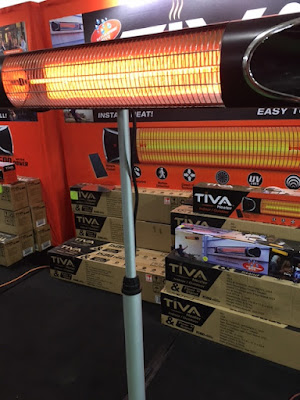 This is for Shirley!!  The lids fit both on these cocktail table stools AND on 5 gallon buckets.  Set up your buckets, hand each friend a seat and you don't need to provide chairs.  Personally, I like Shirley's concrete seats better. 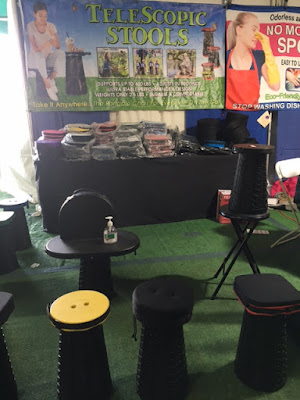 I think there were four vendors selling purses, which is what I thought I might purchase.  After checking out many of them, the $49 price kept me at bay.  The really cute ones snap to the belt loops on your jeans. I tried one once ... it made my pants fall down, so I passed on those too. 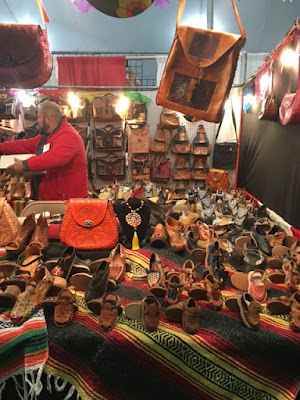 I have no words for this.  They looked like someone crocheted those scrubby things.  I didn't really take a close look since I actually have several of those stinky sponges that work just fine. 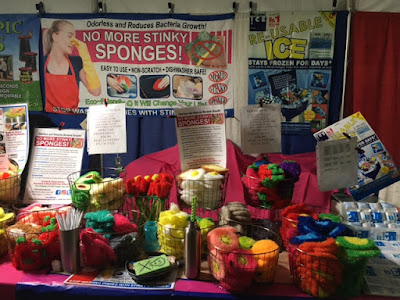 There's more ..... oh so much more ..... but I'll save it for tomorrow.  I was done in about 30 minutes, so I went outside and found the table vendor.  YAY they still had some.  I was their first purchase of the day and left with my table over my shoulder.  By the way, I checked on Amazon, who has something similar for the same $89 price.  It had funny legs, and I like this one better.  It came home with me. 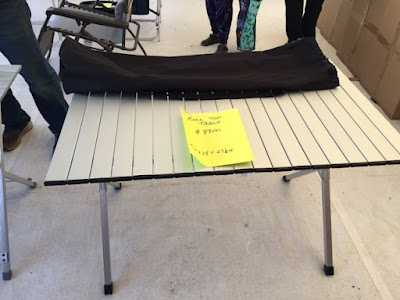 I spent the rest of the morning playing Poker Pool with the girls.  What a blast this group is to hang out with.  I even put maybe three pieces together in the puzzle.  Woohoo!!!
Dinner was that enchilada casserole I threw together.  It looks pretty good, but honestly, it turned into more of a dip than a casserole.  Wouldn't you know, I found my regular ingredients in the cupboard, which would have been much better.  Too bad.  I ended up eating it with chips.  Pretty sure I won't make it again.
For my Chef gold star of the day, I turned the heat up on the oven (like I had to do with those casseroles) and my dish cracked across the entire bottom.  Apparently my oven decided to heat up to the correct temperature this time.  50 degrees more was too much for the pottery.  It's a good thing Tubac is on the horizon ... a craft buyers paradise where I just might find another dish. 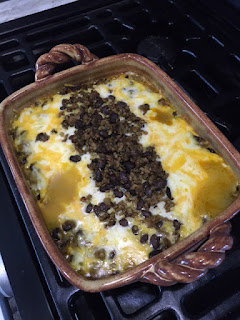 And so ended a fabulous day!!  More tomorrow on the things you can't live without which are for sale in the Big Tent.

Posted by Nancy Kissack at 3:50 AM