Somewhere there is a Voodoo Doll with my name on it.  It must resemble me enough, although I don't know how they managed to duplicate this hair, to cause trouble in my life.  Thankfully they took the pin out of my back, which I was finally able to maneuver back in place.  Hallelujah!!

On the other hand, it's wreaking havoc with my internet service.  The latest and greatest Jetpack does not work any better than the old one.  They told me I had four days to return it.  Come to find out, that was fourTEEN days, so there was no need to panic yesterday, which was of course day FOUR.

Supposedly the Repair Gods would fix the problem in 72 hours.  When that didn't happen, I called again.  This time I was on hold for 30 minutes, before explaining I just needed to speak to a Level Two Tech.  Another 30 minutes on hold and I was connected, but apparently that next NEEDLE got in the way because it was a Tech One.  After explaining everything again, I was finally sent off to a Tech TWO.

I waited 92 minutes for her to answer.  I kid you not, I was on the phone for almost THREE hours.  I could feel the needle twisting in my eye.  Apparently they made some upgrades to the tower over a week ago when my service started to go downhill the first time, which is the cause of my now bad connection.  There is nothing they can do.

The nice lady in Mississippi was at least very honest, saying the new Jetpack was not going to work any better, that I should just return it.  She will make sure I'm not charged the extra signup fee of $40.  That must have been from another needle, because no one told me about a sign up fee. 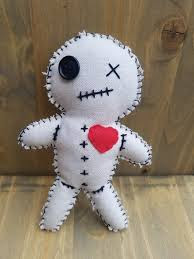 The needle went in deeper.  I rushed off to return the Jetpack and get my $70 back.  No problem, they are happy to take it back EXCEPT ... ADAM forgot to tell me there would be a restocking fee of $35.  I suddenly felt ten needles go in my brain all at once.  The manager might possibly waive that fee, but I have to return today at 3:00 to see if I will be graced with his good nature.

In the meantime, there have been a few more needles stuck into my leg where I fell into the coffee table while retrieving the ball for Cooper (I'm not as good at it as he is) and one in my finger that I tried to chop off with my newest sharpest knife while cutting up onions for this quiche.

It is Pioneer Woman's recipe and quite delicious.  That's a frozen pie crust underneath because they taste SO much better than mine. 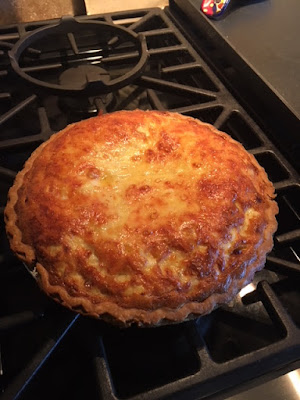 In the meantime, I'm wondering if you can make a voodoo doll for a voodoo doll?  I have plenty of very long sharp quilting pins!!!  Or WAIT ..... maybe I'll make one for ADAM and his MANAGER!! YES!!!!!

Posted by Nancy Kissack at 5:47 AM