Is this a beauty or what?  Sadly, he's not on my property.  As you know, I'm all about the critters, so when a FB friend posted this and many other images, I was on it like a mockingbird on slugs.  I have plenty of those in my yard, but nothing like this.

Apparently this gorgeous specimen killed a deer not far from their house.  He decided the best place to stash it was in a huge pile of leaves about 75 feet from their back door.  When they figured out what was going on, they installed game cameras and eventually video cameras.

This saga has gone on for almost two weeks as he ate his fill every day, then covered the rest with leaves.  He bedded down close by to be sure no one stole his dinner.  He curled up, slept on and off, backed up to and peed on the cameras (which is why they know it's a male) and proceeded to guard his stash.  Is that the coolest thing ever?

Every day he would disappear for awhile, but returned every night to bed down with his now stinky cache of food.  Surprisingly he wasn't the least bit bothered by people moving around in the house.  A little worse for wear, his one ear is chewed a tad and he had what appeared to be a scar on his back leg.

He did not bother their dogs or them, and they left him alone, figuring he would wander off when the feast was gone.  He left only the skull and feet.  After two days, he returned to check for any leftovers.  This is his territory and I'm sure he was patrolling the borders.  What a beauty!! 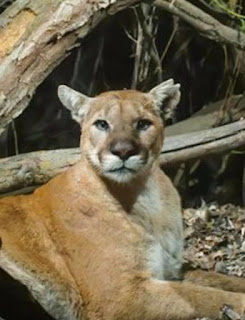 The most exciting thing in my life right now?  My black thumb reared it's ugly head as one of the trees I planted ... the one mostly in the sun ... began to die immediately.  I suppose it was the shock of being moved added to the 104 degree weather for an entire day.  RATS!!! 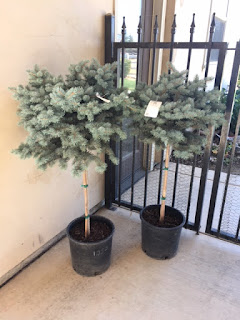 So ..... off to Home Depot I drove.  In my experience so far, I have never even SEEN any lines, let alone had to stand in one.  I parked way down on the very end by the plants section and walked right up and in the door, not realizing they had a very long blocked off hallway I was supposed to enter.  Really?  Maybe if it had been full of people, I would have noticed my error.  On the other hand, it was VERY early in the morning and I was half asleep.

I'm pretty sure the only two in the store with no masks were the girl at the door and me.  They have plastic screen up everywhere, making it difficult to place things on the counter and even harder to reach the credit machine, completely covered with fingerprints.  I can't help but wonder at everyone touching the machine with no problem and all wearing masks only over their mouth.

Anyway, I got my stuff including this beauty and headed out the door, only to walk the quarter mile to my truck, which is when I noticed the 30 people now waiting in line.  The tree is planted around the corner and this has taken it's place, matching the other two Lily of the Nile plants to the right.  Lets hope and pray they BOTH live.  I'm not holding my breath. 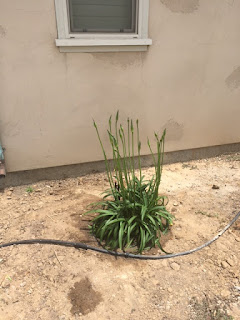 If you were wondering about the internet service, it's worse than ever.  I'm returning the new model today, but I expect it won't be without costing me more money.  It doesn't work near as well as the old one.  Unfortunately, they already got me in a new plan ... which always happens when all you want is a decent connection.  The only redeeming factor is I now have 10 gb per month for the same price, versus the 8 I had before.  I only use 6.