Most of you have seen my cooking failures before.  Just when I think I'm doing good and getting back in the swing of things, there is another EPIC fail to put me in my place.  Can you just imagine the gorgeous cake that comes out of this bundt pan?  I saw one once and just HAD to have it.

It's been sitting in the cupboard ever since, maybe two years?  I just never could get up the courage to give it a shot.  Now I know why. 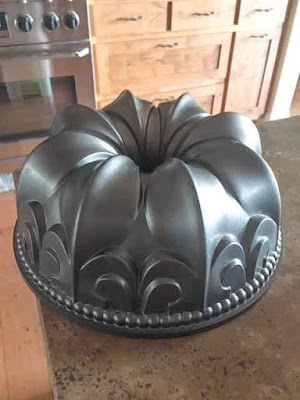 With so much cooking going on during the stay-at-home suggestion, hint, whatever, I got over confident.  I also got 12 pounds added back on to my hips.  I would do just about anything to stay busy, and cooking became the exercise of the day.

Never believe those super simple DELICIOUS recipes from the internet.  Isn't this just the most beautiful cake you've ever seen?  This honestly has to top the list of disasters and currently lives in my backyard graveyard.


Here's the recipe because I just KNOW you'll want to recreate this masterpiece.  One box of lemon cake mix (just the mix), 12 ounces of Sprite soda and one cup of blueberries.  How easy is that?

When I took it out of the oven, it looked like it had sunk a bit, but since I had followed the recipe to the letter, I was sure it would be fabulous.  I let it cool a bit, then set it upside down on a plate.  Fifteen minutes later I removed the pan and VOILA!!!!  My masterpiece appeared.

I took a forkful to convince myself it was still edible.  Mmmmm maybe I'll wait until it's completely cooled.  Another mouthful.  Nope .... that gooey mushy chemical tasting mess is going straight to the cemetery.  I grabbed my shovel. 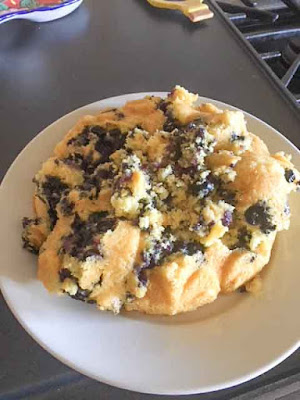 With my ego completely deflated, rather like the cake, I grabbed a rack of ribs for the smoker.  After a liberal dose of mustard (it gives it no flavor but keeps the rub on), I left them to sit for a couple of hours in the fridge.  I was determined to prove I could still cook. 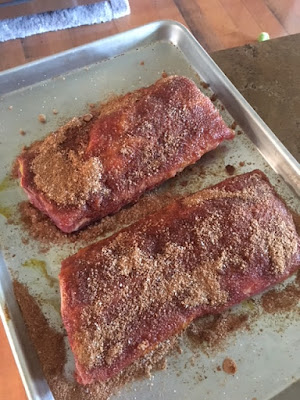 Into the smoker at 220-225 for two hours.  You can do this in your oven also.  As to timing, these are very thick Costco ribs and take a bit longer to cook.  I took them out and wrapped those lovely pieces of pork in heavy aluminum foil and stuck them back in.  Two more hours went by in a flash. 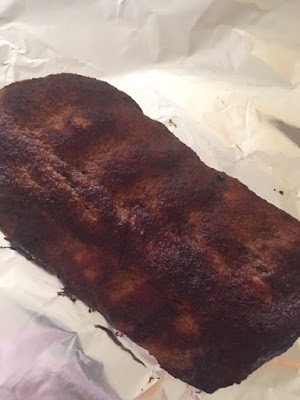 Sauce time!!  Wrap them back up for 30-60 minutes more and VOILA!!  Certainly not an instant meal, but boy are they worth the time to cook. 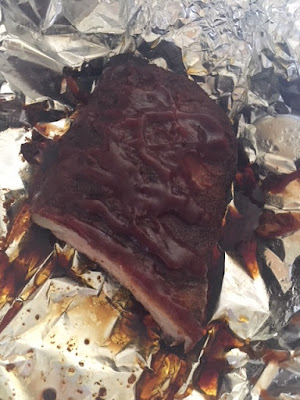 My ego recovered as I ate two little ribs slowly, so as to enjoy every single bite.  Thankfully they took that "cake" taste right out of my mouth!!  I'm feeling a tad bit redeemed.

On today's agenda, repair the 3/4 drip lines the gardeners cut in half when they pruned the shrubs out front.  I only noticed when I discovered the lake in my front yard when I heard what sounded like someone bashing in the side of my house.  My luck with gardeners is about like my cooking!!