Honestly, I'm not sure if it's the Christmas Music or the Hallmark Christmas Movies, but they got me in the mood again.  I scrounged around my closets and cupboards and drug out a few Christmas decorations.

It's kind of fake really .... those candles are battery operated, as are the tree lights.  I think it's a first that after an entire year in the dark, the batteries actually still worked.  It's a miracle.  The stockings were hung with care, but they refused to stay straight, thus the side view.

Of course the biggest one is mine.  It's actually well over 60 years old.  No, I'm not telling you just HOW old it is, but was made by my grandmother when I was maybe 3.  No tree again this year.  Time just flies by too fast.  As soon as I get one up and decorated, I have to take it down when I head to the rally.  In exczelcious dayooooooo!! 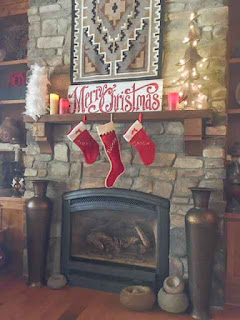 Here's that instant pot again.   I had the thought of cooking a chicken in it for Cooper's food.  Thirty minutes sounded much better than 90 minutes on the barbecue.  But wait ..... how about a turkey?  That huge pot is the perfect size for a six pounder and Cooper doesn't care one bit if it's nice and brown.  Nine ladies dancing ......... eight ........... or was it maids milking? 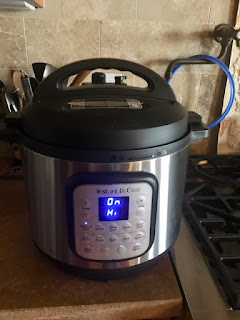 Thirty minutes later, it was done.  Amazing!!  I even threw a quiche in my Breville oven for good measure.  Jingle bells, jingle bells .......  I can't seem to get that out of my head. 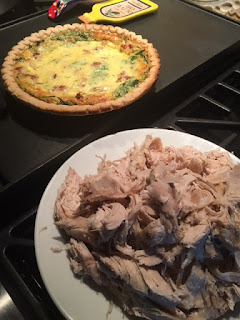 ERRRRRRRRR!!  That was my Chef hat coming to a screeching stop.  It's watercolor painting day, along with a nice Christmas potluck.  You know cooking for a group is not my forte!  When she said I didn't have to cook ... I could just heat up a frozen lasagne ... I said yes.  I'm sure it was the Christmas music they were playing at the time.

Here's the problem ..... the class starts at 9:30.  That means it's going to sit for two hours before we eat.  I guess I'll bundle it up in one of my big bath towels and hope it stays at least lukewarm. 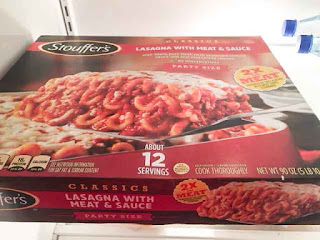 I AM looking forward to the class.  I worked on my cup a little more and am ready for my critique!  Sadly, my friend won't be there.  I'll be at the mercy of fifteen wonderful experienced painters.  Wish me luck!!!!  Ten lords a leaping ..... five golden rings!!!  Whatever!!