The Calm Before The Storm

Traditionally, the storm is on its way.  This Friday, Saturday and Sunday will be our biggest days of the year.  I'm expecting twelve groups of kids today, and in most cases, the adults will outnumber the school children.

Yesterday was a normal day for us with 300 preschool and kindergarten children, along with 150 teachers and parents.  Mostly parents.  Funny, I don't remember ANY parents being allowed on our school outings.

That means you are dealing with cray-cray .... our word for people who won't get two feet from their child.   All in all however, it was a good day with the kids.  We have one big school named Farmdale whose teachers are the best examples on the earth for how to raise children.  Obviously, we love them!! 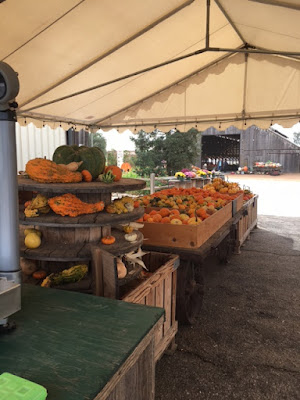 Everything went rather smoothly as I racked up another ten miles.  Then comes the time we hand out pumpkins to those 450 humans.  Children line up just like they are asked.  Parents just tromp on through, getting in the way and always wanting a pumpkin OTHER than what they are handed for FREE. 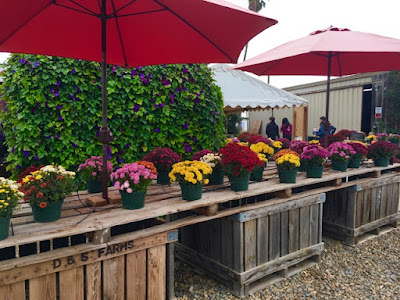 Oh ... and one other thing about Farmdale .... every class is in a different colored T-shirt so they are easy to find when lost.  Smart, yes?? 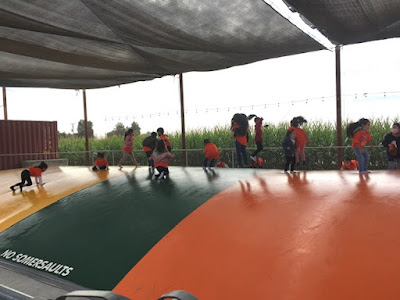 The afternoon began with a bang when four girls bought pumpkins and carved them on the spot.  Really cute if you ask me!  An interesting technique ... instead of going down through the top, they went up through the bottom.  It turned out to be the calm before the storm. 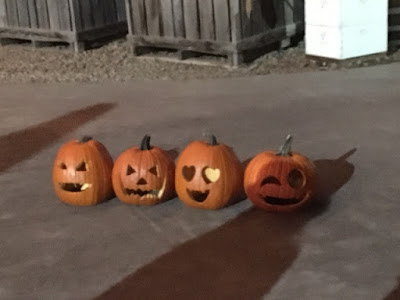 The evening was marred by one jerk of a guy who yelled and screamed at me because I wouldn't let his 30" tall child on the slide with a required 38" tall regulation.  I PAID FULL PRICE ... WHY CAN'T SHE RIDE?  It went on and on with him screaming at me until I finally told him to contact Management in the office.
Let me just say that Scott is probably 6'5" tall and weighs in at somewhere around 200 pounds, all muscle.  The guy got nowhere, but hey ... he liked the place enough he spent the next three hours enjoying the entire park ..... because I watched him do it.  Then of course he wrote a bad review on Facebook.  The first Jerk Of The Year award goes to him.  How embarrassing for his family! 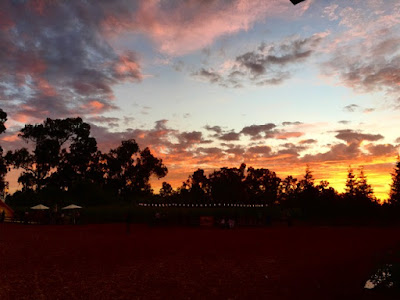 I really thought the weather guessers might get it right, but alas ... no rain.  It says showers from 9:00 to Noon, but that remains to be seen.  I've got a record number of kids coming this morning, so it should be interesting.  Maybe I'll even get to sit down a spell.
Total Miles Walked:  an exact TEN
Total miles to date:  155.07   and I have ten days left!!