Fifteen days down, fifteen to go.  Too bad for my feet, the second half only gets worse!!  Actually I'm much stronger than when we started, I just need to take a load off more often.

It started with a bang yesterday ... 300 kids and 150 adults showed up, all at the same time.  I checked them in, gathered them in a please-stay-here spot and made sure they were paid.  Bad Nancy forgot the rules and let a huge group in 6 minutes early (a no-no) just to get them out of the way.

It was mostly home schools on this day.  I can say without a doubt, public school children are MUCH more well behaved.  These kids ... they are awful, run crazy wild and don't listen to a word anyone says to them.

I've learned to be as tough on the parents as I am on the kids, all the while smiling and being ridiculously pleasant until they do what they are told.  Customer service, and all that!! 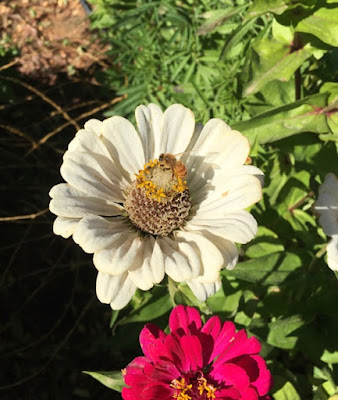 It started with a bang when my employee kids came to say there were lots of wasps flying around the top of the slide.  I hate wasps.  So up to the top I climbed, dodging stingers right and left and grabbed the can-o-spray.  After a few false tries, I got my aim down and sprayed everywhere I thought there was a nest, along with hitting about ten flying critters.
Too bad I wasn't a little faster on the draw.  One got me right on the back of my hand.  OUCH!!  At last they retreated and I headed for the ice chest. 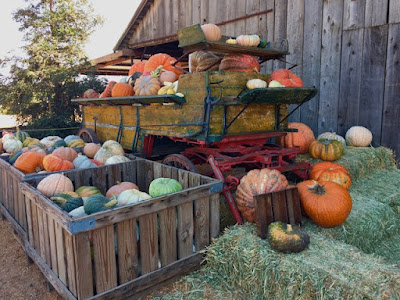 Above is the wagon that 3 year old was climbing on ... all the way to the very top.  On this day however, it wasn't the wagon, it was the olive tree.  Climbing to the top in cowboy boots is not a good idea, even if you are seven years old.  After extracting HER, I headed out to rescue all the teachers and kids lost in the corn maze. 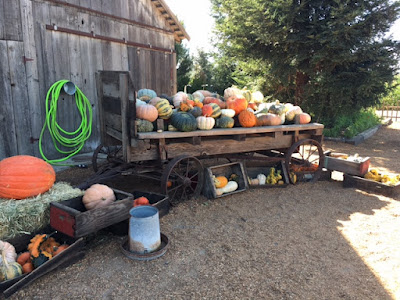 At long last it was time for all the kids to leave, before the public arrived in force.  We had a Real Estate Company party in the barn, which meant they were bringing in supplies down our Time Travel Tractor road.  I think I said 18 times .... please, you have to move your vehicles .... to no avail.  All the while smiling of course!!  Adults don't listen much better than the children.
Oh look .... more victims for the Corn Maze Monster!!!  It's a dead giveaway when you see pieces of corn flying out into the roadway as they play Zombie killer.  Even better when they try to take a bite of their prize!!  I can't help but laugh because this is cattle feed corn, NOT people corn. 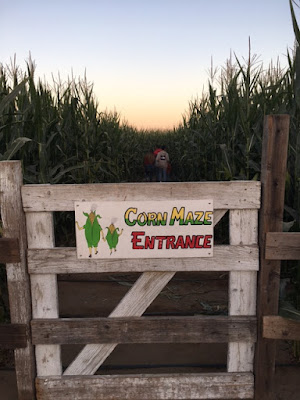 At long last, after 11 hours, the Patch would be closed if I could get everyone out.  That party went on until probably 10:00.  It's hard to tell everyone they have to leave at 8:00 when there's still a group hanging in the barn.  I literally followed them step by step until they exited. 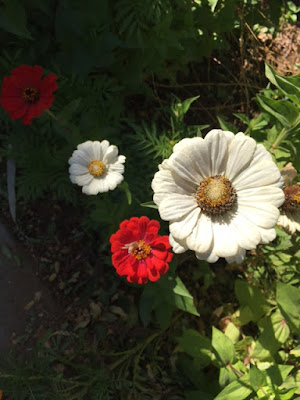 I almost think the Bingo crowd is easier to deal with than the Patch People!!!  Next week there will be not one, but THREE days of kids!!
And so ends another day of walking.
Total walked in 13 days:  104.2 miles