As much as I love this Pumpkin Patch fun, the Craft Market Day is a killer.  I started at 8:30 am.  We don't open until 10:00.  Vendors were here packing the roads and aisles by 7:30.  First things first ... get the equipment turned on and plugged in.  All I can say is thank goodness I'm not in the kitchen this year. Still, it's a lot of running around trying to get organized and begin training.  Oh boy the training!! 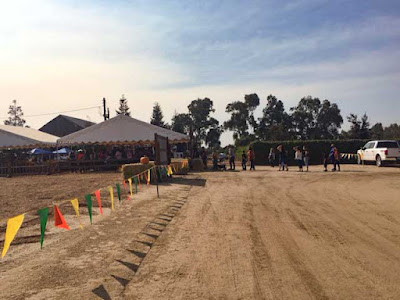 The above picture was taken around 9:30.  There is already about 50 people in line under the tent and they were lined up out to the parking lot.  By 10:30 they were all the way to the END of the lot, about 35 cars away.
At least this time I remembered my phone.  Not many craft pictures, since no one wants their ideas stolen.  There were almost 70 booths set up, many leaving after only two hours when they were sold out. 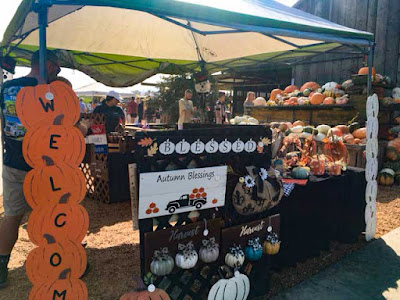 I never did get to check out every booth, but I did pick up a couple of things I'll post tomorrow.  Right now, I barely have time to write the blog. 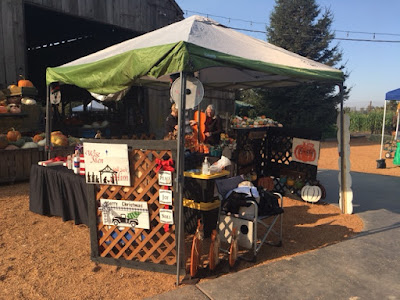 None of the kids working on this day had done this before, and most missed the training day a week ago.  No surprise!!  And truly, most all of these 15-17 year olds have never even been on a ranch or farm of any kind.  One was a little put off at the dirt ... of course the girl who didn't know how to turn the faucet off ... and one who played the sick card, so I sent her home.  I'm pretty sure she won't be back!! 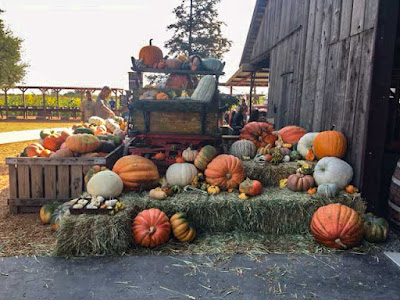 It was the Corn Chute (the big slide) that was the day killer.  I'll get a picture of that today.  Yesterday I was too exhausted from climbing to the top constantly.  There are rules.  No one likes rules, including me, but they are required when kids are at the top, close to 50 feet high.
No, your baby in a diaper cannot go down this slide.  "Well we do it at the fair every year".  Sorry, NO!!  They must be 38" tall ... and we measure!!  You cannot hold your child in your lap either.  They must be old enough to carry their own blanket and climb to the top on their own.  (Kid is screaming) I really don't think your child likes this.  Please don't try to force him ..... but they do.  And of course one worker lets one kid go down on a parents lap, which brought resounding protests!!!  She no longer works the top.
No open toed shoes, no flip flops, no sandals it says in big letters at the entrance.  It matters not.  I finally told three kids they could only go down the slide if they found someone to loan them a pair of tennis shoes.  Believe it or not, that's just what they did.
All in all, the five kids that ended up working this attraction, did very well, after two hours of training.  Remember, they are 15-17 years old. 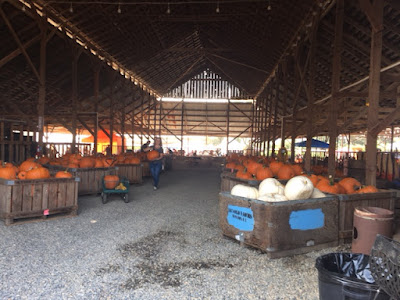 Then there was the slight mistake in the scheduling (thank you Lord for not giving me THAT job) where I required TWO bodies, but only got one.  I finally snagged a gal from a not-so-important job and stuck her on top of the slide.  I'm learning the ropes too ... how to speak teenage-eze!!  I guess you CAN teach an old dog new tricks!!
I walked an amazing 10.45 miles between training and passing out water.  At 95 degrees, we were all melting nicely into the crushed almond hulls on the ground.  I'm determined to cut that in half today, although I'm pretty sure I have an entire new crew to train.  On the other hand, I didn't have to deal with the power going out in the kitchen every hour because they overloaded a circuit.
It's going to be an interesting year.  The best part of all, I THINK (I haven't confirmed this yet) that I will actually get at least ONE day off.  They will be open on Mondays for pumpkin sales ONLY, no attractions will be open.  YAHOO!!!