I had a plan.  It didn't work out well for me at all.  I thought if it rained, we would close, but that didn't happen.  This is the weather guessers map and guess they did.  The rain began just as I walked into the Patch. 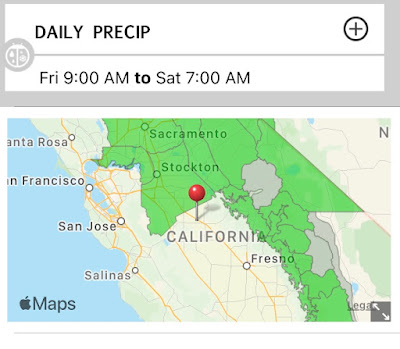 No big deal, right?  But then it began to pour and 500 kids showed up anyway.  I had twelve groups coming in and all but one showed up at the same time.  Nancy has no coat and no hat, so as you can imagine, in less than ten minutes, I looked like a drowned rat!  And I FELT like one, now freezing and soaked to the skin.

Most had not paid yet, nor did they know how many were going to show up.  It was a madhouse as everyone tried to get under the tent in front.  The main problem then becomes scheduling because three of the main attractions are outside in the rain. 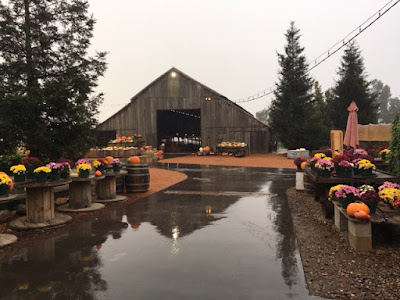 In the end, the only one they could not play on was the crowd favorite, the bounce pillow.  It's only covered with huge sunscreens which let the rain, along with a ton of dirt and dust, through the holes.   What a big mess THAT was.
They did finally open up the Time Travel Tractor, but most got pretty wet.  Here are some of the life-size critters we have roaming the property. 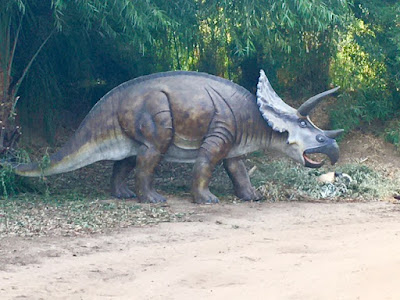 This guy really does have a head, but it's so tall he's hiding behind the tree.  That's when the barn door fell off the hinges.  It took three of us to heft it back in place.  At long last we were able to push them all out by 12:20 (we close at 12:00) and begin the cleanup. 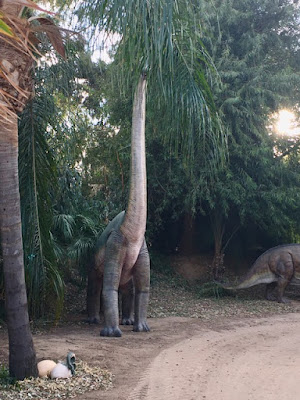 It's our quiet time, three hours of pumpkin sales only.  I cleaned up the disgusting bathrooms with a garden hose ... no way I'm getting close to that! ... and headed for the bounce while everyone else went to lunch.  I knew it was going to be awful. 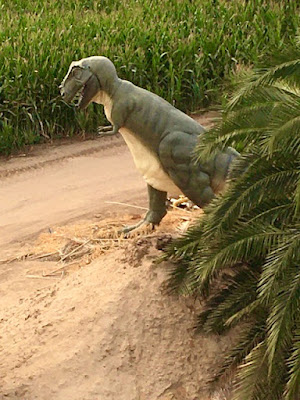 Two huge mops and a bucket got me going.  Exactly 2-1/2 hours later of back breaking mopping while bouncing on the soft pillow and it was not really clean, but much better than it was.  When the owners got back, I think they were pretty surprised.  A shop vac and a few towels and we were back in business. 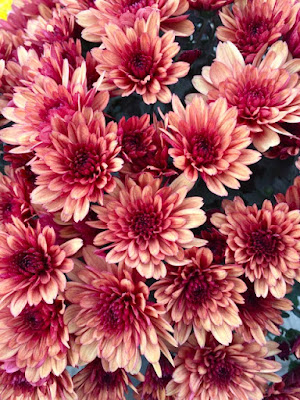 I couldn't sit down fast enough!  I loudly stated my suggestion for the Box ... that we put a solid cover over the bounce pillow.  That way it would always be open since it's the most popular thing in the park, and it won't have to be cleaned again by someone else .... because you can bet I won't be doing it EVER again!! 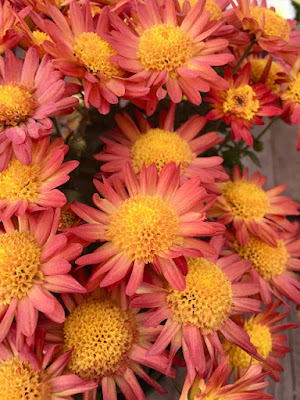 We still had the evening to look forward to.  Even with the rain and cold wind, we were open until 8:00 pm.  Four employee kids didn't show up for work, making my job even more fun!!  I scrounged up everyone I could find and retrained them on the spot. 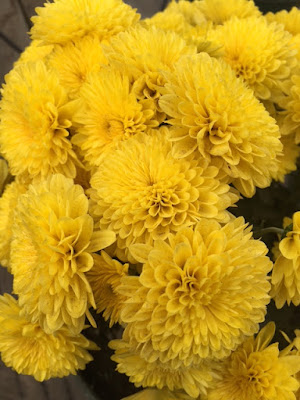 Some are talented ... some not so much.  I spent most of the night at the top of the slide, freezing.  Here's the weird part ... it was raining enough at the top to make water drip from the structure and get the slide wet, but it was not raining at the bottom.  How does that happen?
That meant the kids were having to push themselves down the slide.  I used an entire can of wax and still they were getting stuck halfway down.  Finally the mist stopped and the slide dried out.  You should have seen those people going so fast they ran off the end at the bottom.  All that wax finally began to work!! 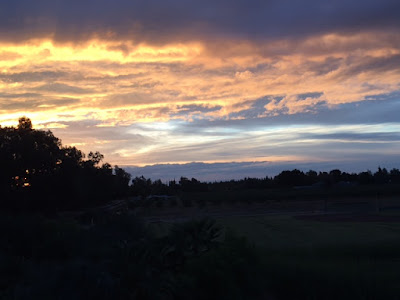