Not me ... yet anyway.  I'm not going south, but THINGS are still going south at a pace that would win a horse race!!  It's all part of the game of life.  In fact, now I'm laughing at myself as I eat that pint of ice cream in one sitting!!

I set up my game camera, or at least I tried.  The strap goes through a plastic piece so the camera can be tied to a tree ... or a corral post in my case.  The plastic piece broke, meaning there's no way to tie it up.  No problem, I scrounged around in my several backpacks of camera gear and came up with the top of a tripod and screwed the camera on.  Ha!!  Take THAT!! 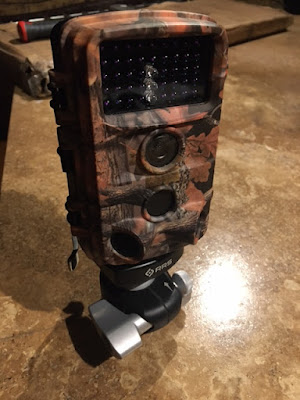 Or not.  Ever night I have been putting out a small bit of dog food that Cooper refuses to eat, in order to capture my little fox friend on camera again.  I was so excited ... FINALLY ... the dog food was gone!  I grabbed the camera and raced inside.
The red lights of DOOM appeared on the front.  NOOOOO!!  What that means is the camera misfired and the infrared lights stayed on, killing the batteries.  DOUBLE RATS!!  There's not one video to be seen.  Well that was a disappointment!!
It did make me feel better that two more big mounds of fire ants have ceased to have any movement.  I rather imagine it's only temporary.  I've got three more bites on my feet testing the waters before letting Cooper out, but thank goodness he has not received any.
With all my good luck, I've been staying AWAY from the kitchen.  There's no use tempting fate, but I ran out of edible freezer things.  Being too tired from late night hot encounters of the tuxedo kind, I have not been to the store.  Maybe I can do something with a can of tuna.
Talk about comfort food .. back on the cattle ranch, one can of tuna would feed four big mouths for two meals.  Personally I could eat the entire casserole all by myself.  This, along with mac 'n cheese have always been my all time favorites. 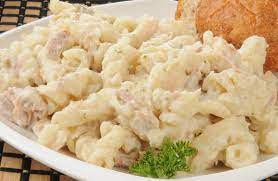 However, it helps if you have the right ingredients.  I had this.  Spaghetti.  Pasta is pasta, right?  This should work just fine.  Or maybe not so much.  Here's the thing.  Just how much pasta do you cook?  Since I wasn't sure just how long this stuff had been in the cupboard, I decided to use what was left ... half a box.
My mouth was watering ... I couldn't wait to taste my concoction.   So here's my tip of the day.  Do NOT use spaghetti in your tuna and noodles.  It looked pretty good right after mixing it together, but apparently I required twice the amount of sauce I made.  It also could have used at least a tablespoon of salt.  No matter, I ate my fill.
The real problem was the next day when it had congealed in the fridge to a mass of gluey pasta so thick I could barely cut it with a knife.  Even after a minute in the microwave, it cut like a steak.  Guess I'll be going to the grocery store today.

I did make one quick trip yesterday to pick up my prescription.  I had checked out Good RX for a discount.  If you haven't used this discount app yet, it's a pretty good one.  I always get prescriptions (at least those that I fill in the U.S.) for a few dollars less.
So I look it up and the price is $5.95 for a 3 month supply.  The pharmacy tells me $17.63.  I look again.  THIS is why I get my meds in Mexico.  The doctor said 12.5 mg which (when I changed the app to that) came out $15.  The 25 mg size (twice the size, right?) is $5.95.
I could get a six month supply if the Doc would change the pill size ... for one dollar a month ... because I could cut them in half.  No worries, I'll be getting a two year supply in Mexico for probably $10 ...  and they wonder why Americans go to Mexico for meds!! 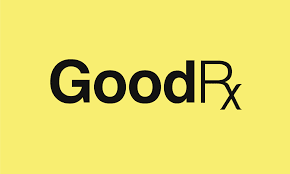 In the meantime, an interesting tidbit on Wyatt Earp has popped up and a new photo of the Gleeson Jail.  I'll post those tomorrow because right now ... I'm on the hunt for a sewing machine!!