The Heat Is On - Let's Visit Canada

FEELS LIKE ...... 125!!!  We're not there yet, but the heat is on in central California.  I had to double check out the front door to be sure I wasn't in Arizona!!  Of course as good weather guessers go, they keep changing it every dy.  I'm not sure how it can be 110 on Saturday, designated "sunny" and then add a cactus "very hot" on Monday.  This makes a very good argument for a swimming pool!! 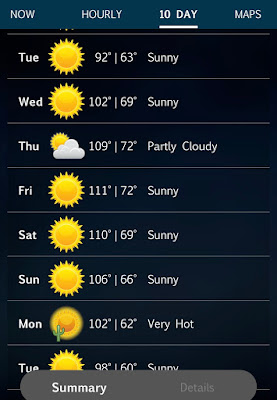 With Cooper's ever shrinking list of edible foods, I headed off to the grocery store to find SOMETHING he would eat.  Without Jessie staring him down, waiting for a small tidbit to fly in her direction for immediate demise, he has decided to be even more picky, if that's possible.  Maybe it's a delayed reaction to having lost his buddy, even though they had knock down drag out fights every single day.
At long last, I'm not the only one NOT wearing a mask.  Maybe it's catching on!! I heard Newsom will stop the mask mandate on June 15, probably because he now has to face another election since being recalled.
I actually worked on this quilt for a time, but only because I have a ceiling fan in my sewing room.  Gee only 8 rows to go!!  This is one of those tiny square quilts that I usually refuse to make.  I rather like big pieces that go together faster.  I'm happy to say I only had to buy the white for this one.  I'm actually using up fabric that has been sitting around for years!!   It's about time!! 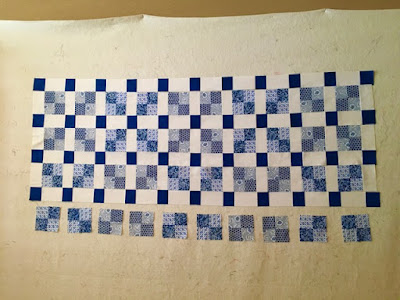 In spite of the heated temperatures, there has been some late evening relief with a nice breeze. 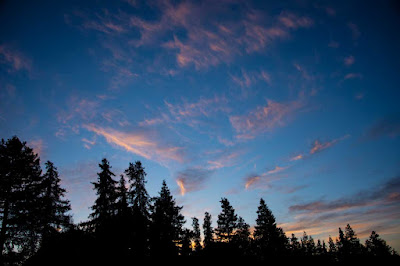 That has given me time to think about my Canadian friends and how much I enjoyed driving across their country to Alaska.  With nothing else going on, I figured I would revisit with a little trip down memory lane.  Here we are at Dawson Creek.  We (meaning the Chance family) picked the perfect year down to the perfect months to visit.  The weather looked like this almost the entire time.
Yes, I drove my big rig all the way to Alaska and back, towing my Jeep and dragging along both puppies.  Jonathan stayed in the states because Nancy forgot to get veterinarian paperwork for him. 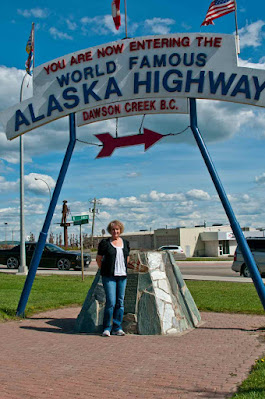 If you haven't been, you should go.  Crossing the Canadian border around June 1st means most everything will be open while there is still the most fabulous snow covered mountains you've ever seen.
We stayed in RV parks Dan found along the way, many times with no reservations, or maybe he called in that morning.  How did he know exactly where to go?  He and Patty worked in Skagway for several summers ... and that was our destination.
We stopped along the way at several places, including the Walter Wright Pioneer Village.  Walter was devoted to the preservation of local history and founded this museum of buildings in order to save them from destruction. 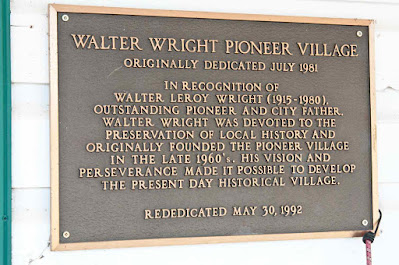 I think maybe the area covers 20 acres with this school, a grocery store, a church and other fascinating residences showing what life was like back in the day when the Alaskan Highway was built in World War II to connect the U.S. across Canada to Alaska.  The pictures of that feat were some of the craziest I've ever seen. 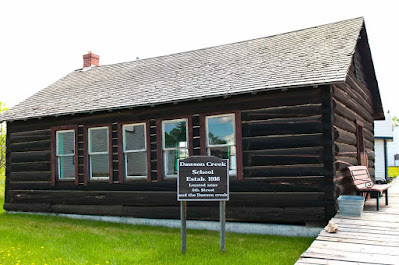 Posted by Nancy Kissack at 6:19 AM