Going For The Gold

While still waiting for the solar contractor to call me back (I'm not holding my breath) we'll take a train ride to the gold fields of the Yukon Territory.

Back in the day of amazingly tough men and women looking to strike it rich on gold (including Wyatt Earp), they rode horses until they couldn't climb anymore, then went on foot.  Lucky for us, in 1898 a railroad was built on the cliffs of these mountains to haul people and supplies to the interior of the Yukon, bypassing the Chilkoot Trail.  That's the one I'm sure you have seen pictures of with people climbing the ice steps. 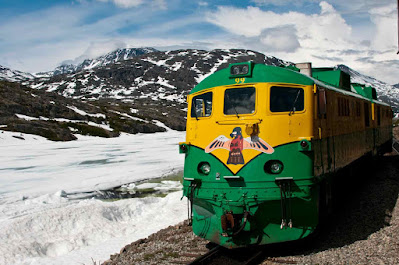 This one, to be exact. 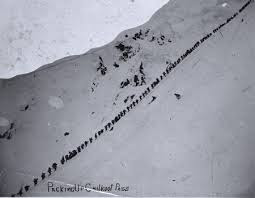 Here's the beginning of the trail.  The miners of course didn't come here to Skagway in the springtime like us, so this would have been covered with snow. 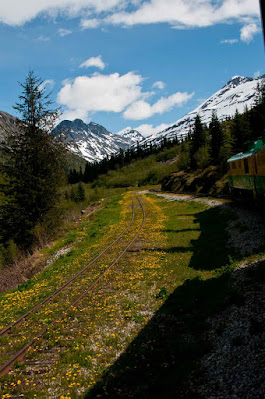 In several places this train just hangs on to the mountainside by it's fingernails.  This trestle looks safe, right? 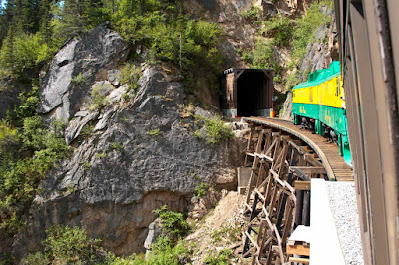 The landscape is fabulous this time of year.  There's just enough snow to keep the mosquitos at bay. 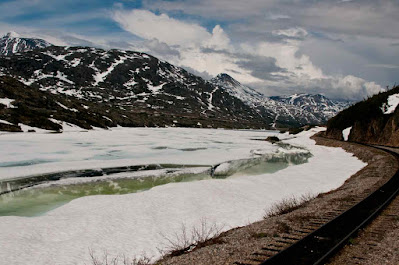 Back in the day, Soapy Smith was the resident crime boss, ruling the roost.  The railroad construction company had a more difficult time dealing with him than actually building the railroad.  The railroad company president gathered a vigilante committee to rid Skagway of the scalawag.  In an altercation, Soapy was killed and the railroad flourished.
Many gravesites are visible along the way, and Skagway has more than one cemetery to accommodate all those who never made it over the pass. 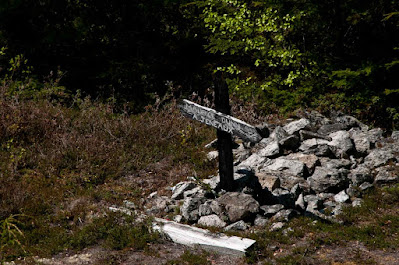 Enough cannot be said about the beauty of this country. 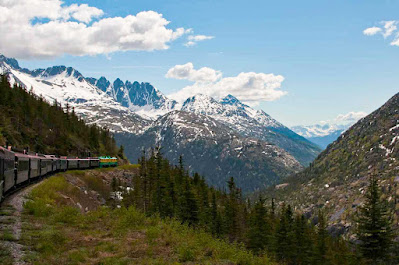 As the miners crossed over into Canada, many did not survive.  The Canadian government finally set up a post at the top of the Chilkoot Pass, with restrictions on who and what would cross over and continue on to Dawson City.
Every person was required to have one ton (I think I said two previously) of supplies to sustain them until reaching the next town.   Several trips had to be taken over these mountains on foot, without down jackets or snow boots.  I just cannot imagine. 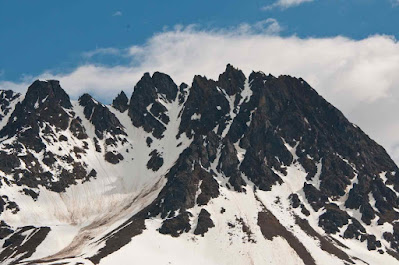 The train follows the old trail for the most part. 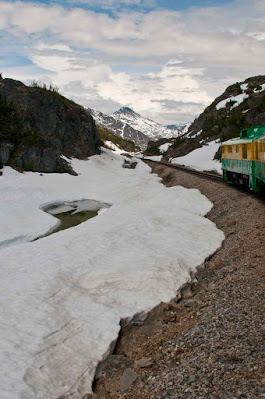 Obviously I hung out in between cars and over the side the entire trip.  Here's a better look at that WOOD trestle. 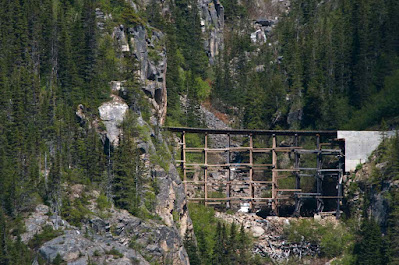 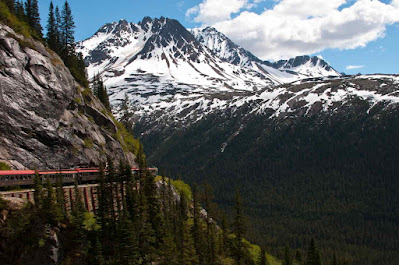 They used something like 450 TONS of dynamite to build this railroad on the side of the mountains. 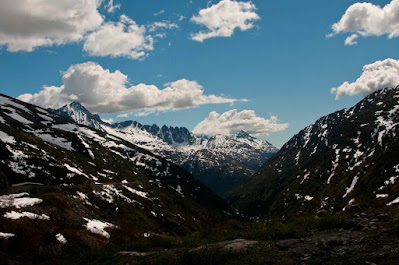 At last we arrived at the top of the White Pass.  The history of this railroad is long and varied.  In 2018 it was purchased by the Carnival Cruise Line, whose ships dock in Skagway all summer long. 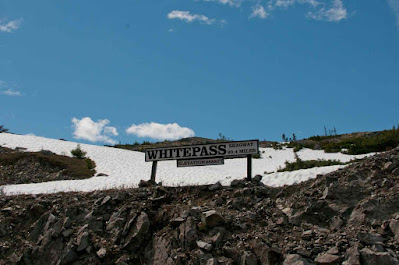 If you get to this fabulous town of Skagway by ship or by RV, be sure and make a reservation to ride the train to Carcross and back.  You will see some of the most beautiful scenery possible.  You might also see a train wreck or two down the side of the mountain. 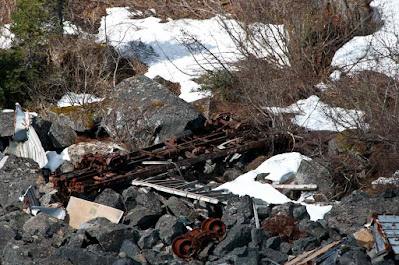 Pay no attention .... it's all safe, or so they told me.
There's more to Skagway .... so much more!!  You could spent two weeks here and not see it all.  We'll head down the main street next time.
Today ... I know you're on the edge of your seats .... I'm going to the lodge to test all the Bingo equipment.  Better to be safe that it all works, than sorry and have to listen to all that screaming because something didn't go right!!  Bingo-ers can be pretty fanatic!!

Posted by Nancy Kissack at 6:25 AM