We're continuing our trip through Canada from Dawson Creek to Fort Nelson.  There were lots of adventures in between, like when 10 miles of road was torn up for repairs, all of which is done in the summer.  There's a lesson in sign language also, trying to figure out just what Canada's road signs mean.

Luckily I finally figured this one out before breaking my rig in half.  What saved me was following Dan Chance.  When I saw his rig bouncing like a kid in a bounce house, I slammed on the brakes, making my cross over the frost heaves not so damaging. 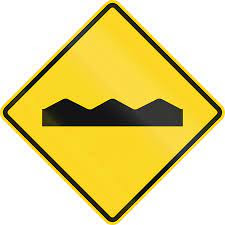 We spent time going in all the buildings in Dawson Creek with Patty and I saying "we have that, we have that" ... mostly because our own homes have become museums of antiques. 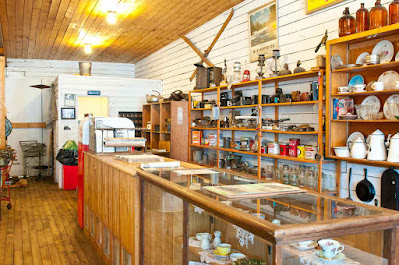 There are several buildings here at the Walter Wright Pioneer Village, all worth seeing. 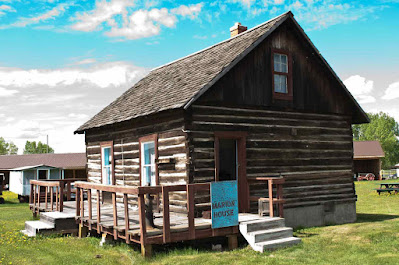 And of course you know we had to check out the train station. 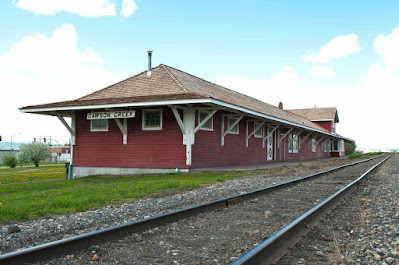 Canadians have a great sense of humor ... we saw signs like this everywhere, along with giant metal mosquitos ... but that's for later. 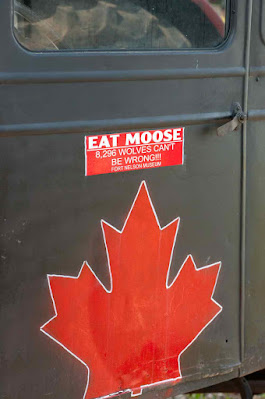 There were lots of trucks used to build the Alaskan Highway, along with much of the heavy equipment, dozers in particular.  When the build was complete, they were just left on the side of the road for these wonderful people to gather up and make into a museum.  Wouldn't you just love to have this baby? 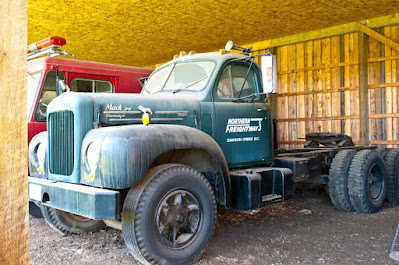 You couldn't be driving through more beautiful country.  The sides of the roads are mowed back so you can see those moose coming in time to stop.  Basically that makes it a roadside 300 mile pasture for all the critters. 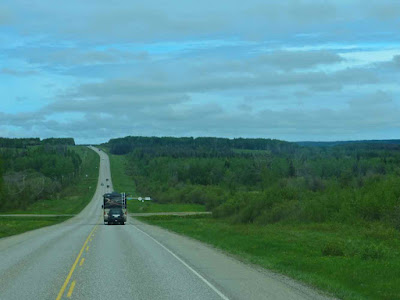 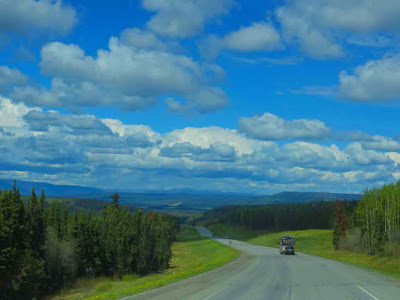 I did on occasion have to hustle up since our rigs are not geared the same.  I could climb faster, but went much slower downhill.  As you can see, traffic was rarely a problem. 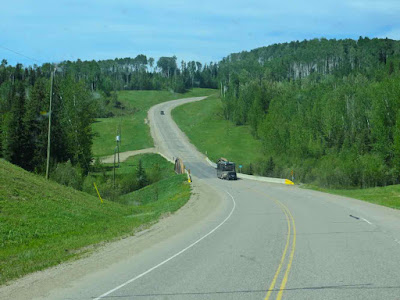 When we arrived in Fort Nelson, I got another lesson, only this time in fuel.  We had to drive around the block, but eventually got into a very tiny station.  Lucky for me, someone stopped me when I grabbed that green handle for diesel.  Green means gas in Fort Nelson.
We stopped for the night at an RV park and walked over to the Heritage Museum.  No that's not a sheep, it's a bison made from an engine block.  I admit, I was the one that said sheep. 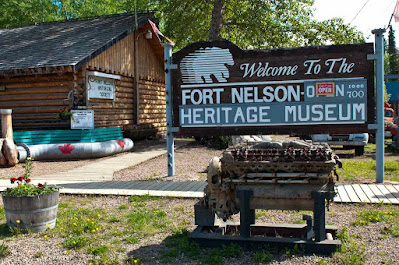 And then ... from the back of the museum walked Marl.  He loves the women who come to visit him.  He's a hero, Mr. Brown is, for saving everything he could get his hands on.  He was single when I walked in ... I should have stayed.  He's quite the handy guy and a hugger to boot!! 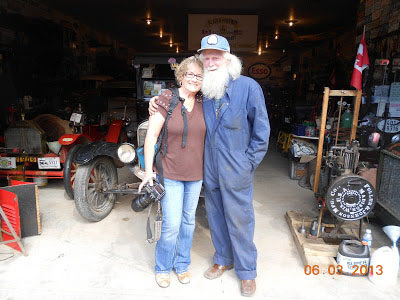 He saved everything you see in this museum, including the cars that he and his father drove. 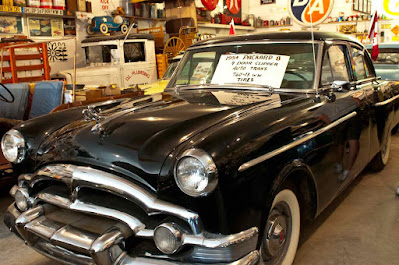 If you ever drive through Fort Nelson, it's a MUST see. 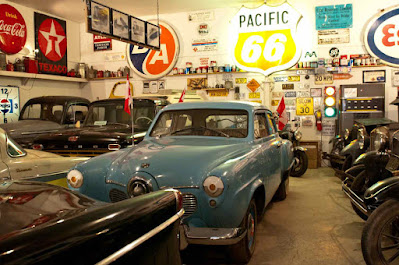 We're off again, this novice driver following the Chance rig over hill and dale and across these crazy bridges, of which there are MANY!  They made me nervous every time since they are so narrow!! 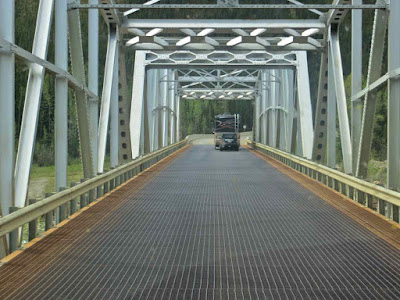 Next up, critters mowing down the roadside pastures and Laird Hot Springs.

Having found a few new and improved holes in my fence, I put the game camera out last night.  Let's see if I found anything!!

Posted by Nancy Kissack at 6:27 AM