A Forest Of Signposts

Moving right along Highway 97 going North towards the Yukon Territory, it feels like you are truly in the wild lands of eons ago.  There are huge forests that go on for miles and miles with nothing but big gorgeous green trees.  I can tell you it was a shock every time we fueled up.

Dan and I would both go in to have them turn on the pumps (at which they smiled because they KNEW the $$$ would be rolling) and every time had to explain that NO ... we were not married and traveling in separate homes to keep the arguments at bay.  Others wanted to know Dan's secret to having two wives!!

At last we hit the Yukon Territory.  Think gold rush!! 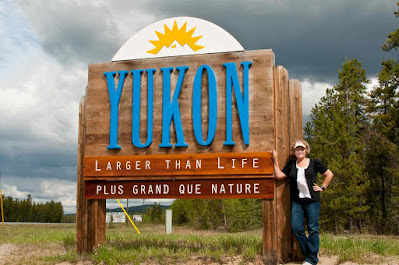 Of course along that green tree corridor there were animals galore.  More bison, more bears .... 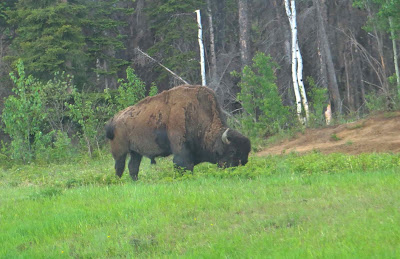 and WILD HORSES!!!  These are some tough guys here!! 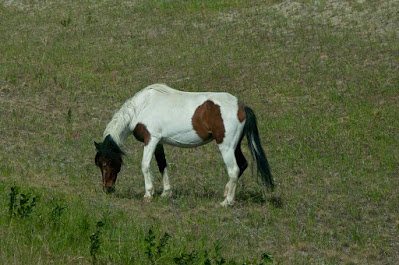 This was the stallion of the bunch.  It looked like he had not missed a meal in awhile.  What a beauty!! 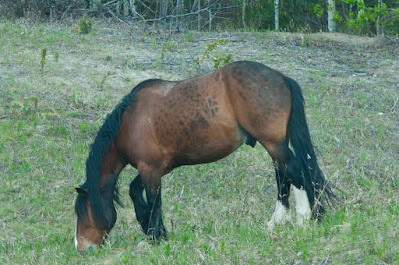 How could you not love driving along lake after lake.  The scenery just got better and better. 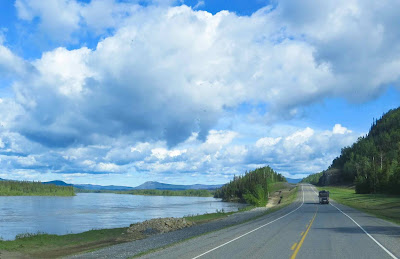 You will see some interesting sights along the way to Watson Lake, like this plane parked at the edge of the highway.  His runway is of course the highway, so keep your eyes open if you drive this way. 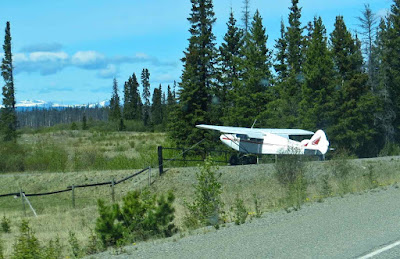 There was lots of road construction going on.  The only time the roads thaw out enough for repair is in the summer, which of course is when everyone travels to Alaska.  Some of these repair sections went on for 15 miles.  My tip of the day if you drive up there is keep to the FAR right.  You have less chance of getting your windshield broken.  Secondly, have a rock screen for your tow vehicle. 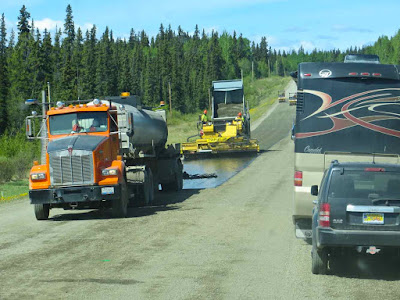 If I saw a truck coming, I moved even FURTHER to the right and slowed down to keep the rocks at bay.  That strategy worked really well. 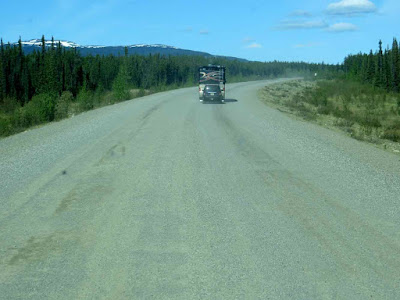 Welcome to Watson Lake at the southern edge of the Yukon Territory.  The bad news was the mosquitos had arrived.  The good news was they were large enough to easily dodge with your RV because they fly so slow. 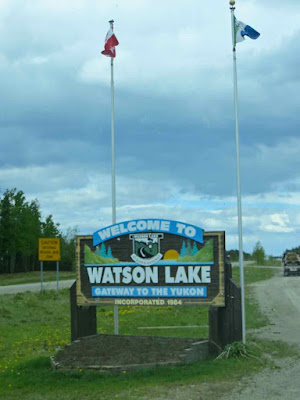 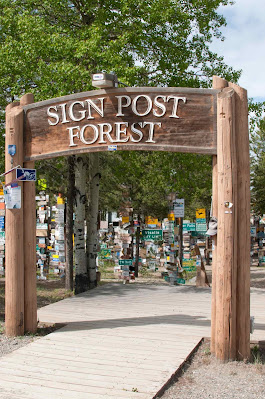 Of course I had to have my picture taken here.  You will see every kind of sign imaginable, some even painted on pie tins ... whatever people could find in their rigs to nail up.  I think there are a lot of police reports about stolen street signs in towns south of the border. 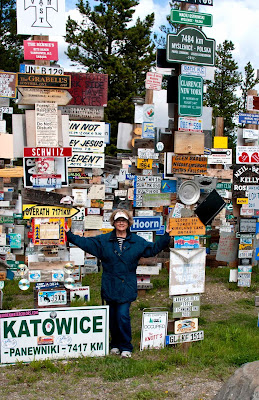 This is the original sign that began the craziness.  It is carefully painted every few years to keep it upright and intact. 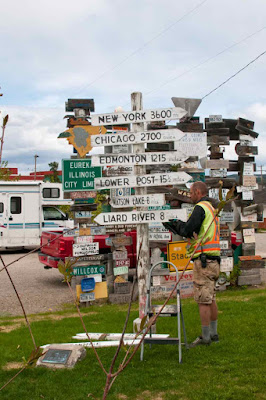 Walk around and see if you can find someone you know.  I was surprised people even have signs made before coming here, just to nail them up in the forest. 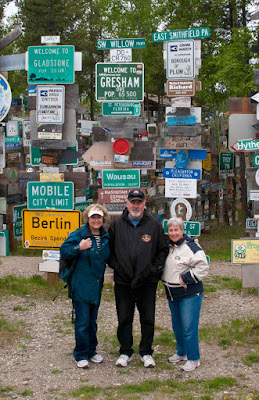 And just like that ... here's one of my sort-of neighbors from California. 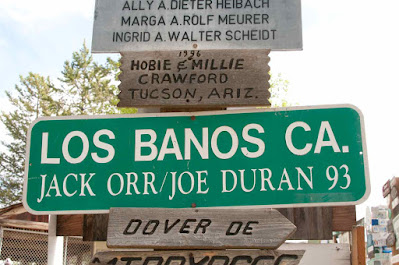 In case you were wondering, it's so popular that extra posts are planted every year to make room available for even MORE. 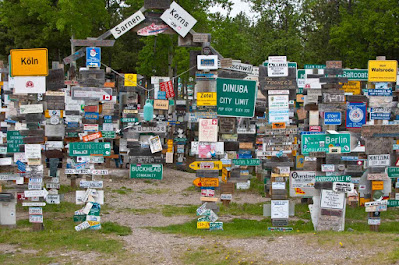 From there we headed to Skagway.  It's a good thing Dan didn't tell me about the highway going in until we crossed into Alaska.
In the meantime, Houston we have a problem.  Out of the blue, my towel rack that hold the smallest of hand towels, fell off the wall.  This is the HUGE screw that was holding it up.  The holes are so big I don't think they make one of those thingies big enough to push in the hole to expand and hold up the towel hanger.  Any ideas other than make two MORE holes??? 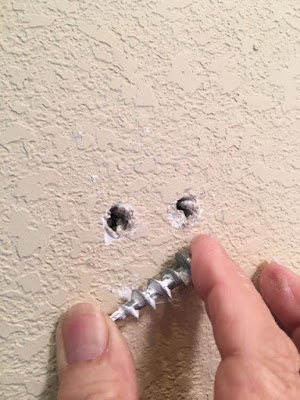 It's initiation night at the Elks, but with the predicted 111 degree heat and no AC in the lodge room (the 100 year old roof won't support the weight) tuxedos are a no go.  Hopefully we will again prove the weather guessers are wrong in their predictions.
Posted by Nancy Kissack at 6:37 AM