..... what you can do today, right?  I try to live by that theory, but yesterday I failed miserably!!  I seem to have acquired a case of sitathome, that dreaded disease where you just don't feel like doing much of anything.

Here's a good way to get around that.  Drag out your smoker and toss in some beef!  Now I CAN'T go anywhere because you have to watch them ever so closely.  That's my story anyway!! 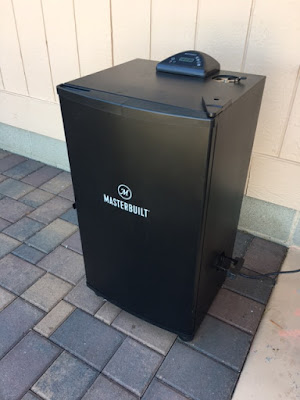 Actually I was still digesting the RV choices ... get one, don't get one ... when I pulled the wood chips out of the cupboard.  This is what happens when you really aren't paying attention!  I picked the one on the right.  When I dumped them in the bowl to soak for awhile, they just didn't seem quite right.
DUH .... that's orchid potting material, NOT smoking chips.  No telling what THAT would have tasted like.  I switched them out for the cherry wood, even though that's not my favorite for beef.  It's all I could scrounge up.  I should go to the store but I'm putting it off til tomorrow!! 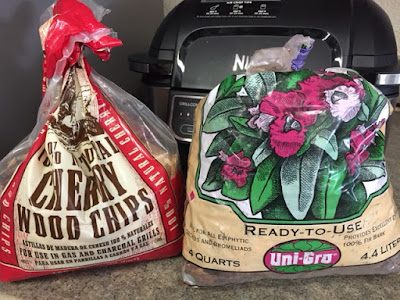 This STILL didn't go quite as planned since I couldn't find any paprika, a very important ingredient.  This seems to be one of those days I should have stayed in bed.  Guess I'll add paprika to tomorrow's list. 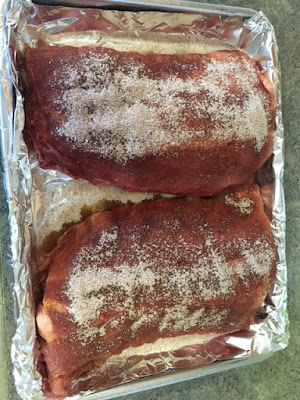 While they were cooking, I grabbed Cooper's harness.  He goes bananas when he sees it.  Going for a walk to smell every single tree and bush is his favorite thing to do.  I thought I would never get him down the driveway after he smelled that coyote deposit.  We walked over to the Chance Ranch just for a little exercise.
You cannot believe what occurs in their back yard.  They have two big planter boxes perfect for growing veggies.  I never thought you could grow anything in the desert, but here's a huge head of broccoli to prove it can be done.  I do miss the days of gardens.  Patty and I grew everything from long beans to purple potatoes to peanuts. 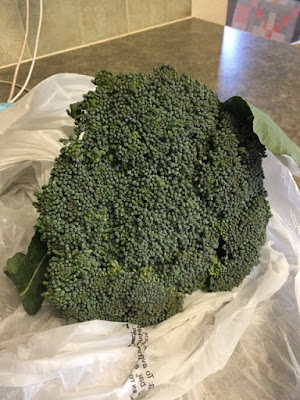 On the walk back, Cooper gave out completely.  I didn't fair much better going back UP the hill to the road.  I had to carry Coop the last 200 yards.  Yeah, he knows how to work that really well.
Five hours later the ribs were done .... a tad overdone in fact.  It's sometimes hard to adjust the temperature when it's cold and windy, then jumps up to 76 degrees, 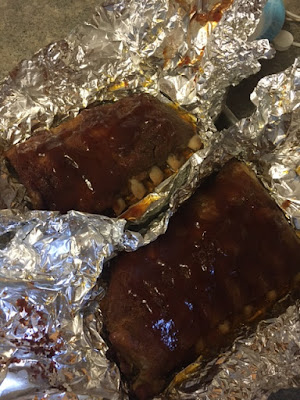 They were a little too much fall-off-the-bone, but pretty tasty.  At least that was one thing I didn't procrastinate about .... eating. 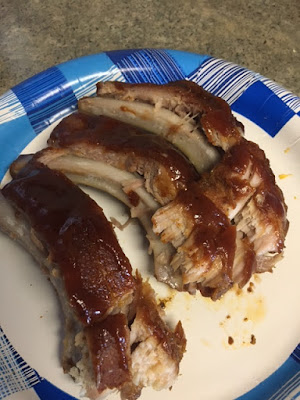 I spent a little bit of time sewing, although I seem to be putting that off too.  I'm determined to get out of the house today and continue the hunt for the ever allusive perfect home on wheels.

In the meantime, here's something that was sent to me that's pretty interesting.  It's about the virus, so you can pass if you wish.  It's coming from the Center for Disease Control.  Now they are admitting that their numbers have been wrong all along.  I'll leave it at that.

The best news of the day is that the big RV loan that hung over my head has been officially closed.  WAHOO!!!!  I'm doing a little happy dance!!

Posted by Nancy Kissack at 5:22 AM