The best part of the fair is at 4:30-5:00 in the morning when it's all quiet and everyone is sleeping.  It's also not 98 degrees.  The goats and sheep reside right across from our booth.  Not wanting to wake anyone up, I snuck across the walkway to get a couple of pictures. 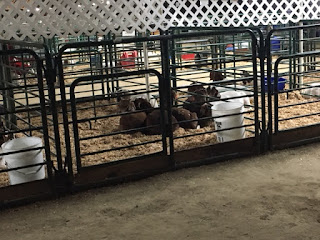 Cattle don't snuggle up at night.  Neither do horses.  It was funny to see all the goats and sheep cuddled together to keep warm.  It wasn't a cold night, but they've all been shaved to present the best picture.  I tiptoed so as not to wake them. 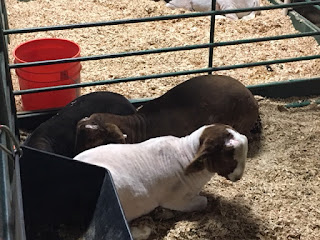 It was so early, even the cattle were still snoozing. 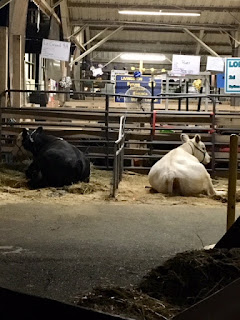 This is the nice, peaceful calm before the storm.  In no time, this ring was a madhouse as the sale began.  Here's how it works at this fair.  The local meat market providers buy up all the animals at market price.  They are then resold to anyone who wants to bid on them ... usually friends and family of the kid it belonged to.  That money is your donation.  The animal goes to .... well, you know where .... and the kid gets all the money. 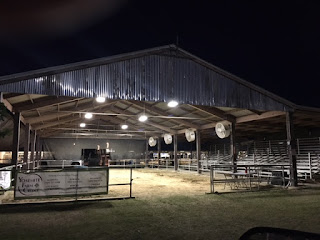 Surprisingly, there isn't much in the way of ice cream at this fair.  We do have a small milk barn that serves up ice cream bars, milk and chocolate milk.  Lucky for me, they had a little milkshake too.  Nothing to write home about, but it was refreshing on that 103 degree day. 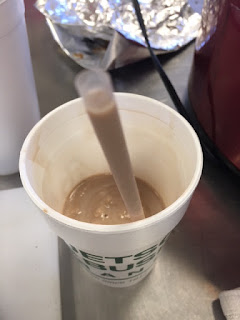 Our fair was always in July in the past in the heat of the summer.  It was so hot animals died right and left in spite of all the fans in every building.  Since then, they moved it to the cooler (??) month of June.

Here's one of OUR products.  Linguica is usually covered with bell peppers and onions.  This was a "hold the peppers" order.  Yes, it's huge, which it should be considering it's $12.00.  I'm not a fan of greasy meat ... I stuck with the hot dogs!!  Not much better, but a little!! 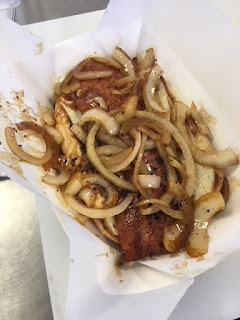 Saturday, I blew it the entire day.  This is an ooey gooey cinnamon roll.  I couldn't help myself.  Here's a hint though ... eat it all in one sitting.  Once it cools off, it becomes a brick. 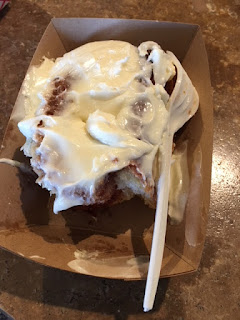 I've got one more day of fair tales, but for now, I'm crashing.  Almost anyway.  I have to get my truck smogged this morning at 9:00, then catch up on puppy food.  The rest of the day I suspect I'll be caught sleeping on the couch!!!