I don't think there is an emoji for that one.  Maybe the crazy eyed guy!!  It's bad enough when you make a really dumb mistake, but to make it in front of several people, makes it even worse.  In this case, they didn't laugh WITH me but AT me.  I can't say I blame them.

It was too early to be out and about at Walmart, but Cooper needed chicken and I needed yarn.  You've got to love that one stop shopping.  I got everything ... no dawdling here ... and raced to the self-checkout, only because the other three lines had eight people in each one.

I rarely get cash back at Walmart, but on this day I thought I might need a little extra since I would be exiting the area soon.  $100 was the magic number.  The wretched machine beeped at me while I was trying to get the too big chicken into the too small bag.  I grabbed the card and put it away.

In a flash, it beeped again and again as it spit out the receipt.  Okay ... Okay ... I grabbed the receipt and walked out.  Yup ... I'm a dummy.  I walked out WITHOUT the cash.  It struck me like a lightning bolt when I pulled into the garage.

Well .... I guess I just made someone's day!!  I felt better thinking about it in those terms.  Hopefully it's a Mom with eight kids.  I called anyway, just because I could.  It was the hand of God that said Nancy ... I'm going to give you a miracle today.  The salesgirl picked up the cash and turned it in.

I went back to Walmart feeling like a real dummy ... which I was.  It just never pays to be in a hurry.  Come to find out, she was a new employee, on the job only two days.  Maricruz heard the machine say "take your change" several times, before going over to check it out.  She instantly called her manager, who took the cash to the office.

Good ... now I'm embarrassed in front of not one or two but an entire OFFICE.  In my defense, the machine is not supposed to give you a receipt until you take the cash (said the manager).  They finally returned my cash ... all of it.  I promptly turned to Maricruz and handed her $40, but the Manager intervened.  Employees canNOT take any cash or reward.  Well that sucks!!

I discovered she's a young mother and could probably use the extra money.  Today I'm headed BACK to ask for her address so I can mail her a check.  Honesty and responsibility in the younger generation should be rewarded.  I STILL feel like a dummy however!!  The good news is I GUARANTEE that won't happen again!  Once burned, twice shy!

On Sunday night, I went out to find the infamous Strawberry Moon.  Is is just me or are there more crazy moons this year than normal.  There was the harvest moon, the blood moon, all kinds of moons I've never heard of before.  In an effort to find it, I pulled up my MOON app.  This is so cool.  It shows you every planet in real time.  I think that's saturn behind the gray moon.  The red line up top is the horizon. 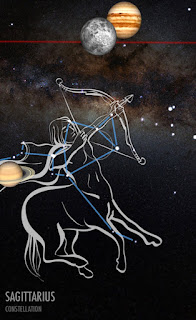 Too bad for me the skies were covered with clouds and I didn't get one single picture.  I stole this one from the internet.  It was apparently huge and beautiful, but not visible from my location. 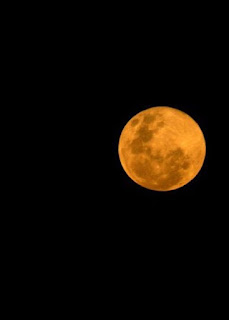 While wandering in the back yard with my camera however, I did find my hydrangea (Ha!!  I remembered what it was!) blooming gloriously.  My garage isn't really pink ... it's white.  That color is the result of the golden hour of light from the setting sun. 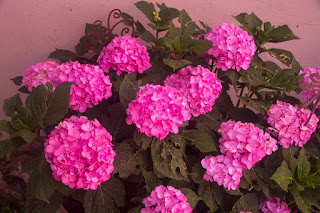 It's Magic Kingdom night at the Castle, so I'm gearing up by napping on the couch this morning.  I'm going to need all the strength I can muster!!!