If It Can, It Will

You know how weird it can get with a full moon?  Imagine THREE full moons in a row.  I read that the Strawberry moon would be full for three days.  Wouldn't you know, day three would fall on Magic Kingdom night.

I started off right ... I got out of my truck without falling down.  That was AFTER I tried to move my garbage can.  It fell with my hand still attached, scraping all the skin off the back and wrenching my already arthritis-ridden knuckle.  It was a sign.

Prince Charming never showed up, which meant we all had to pay for our own libation.  At least pepsi is free for members.  It also meant we were going to be short handed.  Little did I know just HOW short, because 6 more people didn't show up.  This is a 17 person party.  We were in trouble from the beginning. 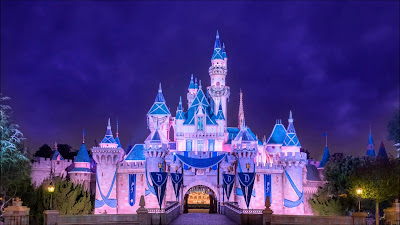 There are two sides to Bingo.  I work the "Bingo" side and a crew of six work the pull tab side.  They had two people, and neither was a money counter.  They asked me to do the end-of-night count.  No problemo I said, but I have no idea how to balance it out.

Immediately thereafter, we discovered someone had dropped our cash box on the floor, making it impossible to open.  I hit the tool room for some help.  A screwdriver and pliers did the job, which impressed the Castle Lawyer.  I just bent everything back to where we could get it opened and closed. 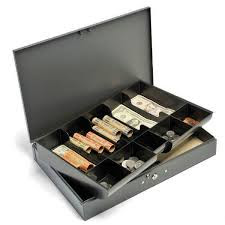 In no time we were ready to start the game, except there was no caller.  A frantic phone call was made to a town 30 miles away.  You cannot imagine how rowdy this group can get.  Luckily we slipped right by that one.

With no one to watch the cash box in the Pull Tab room, I spent most of the night in between.  I asked the guy that opens to let me know when he was leaving.  NOW he said.  Okay, I ran in to count the cash, making a couple of corrections.  That's when things went south.  Just like Elvis, he left the building.

Wait .... aren't we supposed to stay open and pay out all the pull tabs turned in for cash?  Let me tell you just how important that $1.50 is.  A riot of angry peasants was in the making.  We had a frantic meeting in the closet.  You announce we will pay them at the break and I'll pay out dollar bills, because there was 300 of them.  That way I'll only have to count those the second time.

I was backed up for an hour and ended up having to count the entire cash box over again.  That's when I discovered all the $10 and over tags had disappeared.  They told me I HAD to save them.  Is it a full moon?????

About that time, the infernal machine decided to eat the receipt paper.  It's my specialty, with which I've had lots of experience.  I ran out to fix that, then went back to counting.  What else is going to happen?  I should have kept my mouth shut.

One more thing, just to put the cherry on top .... the very last entry in our infernal machine went in wrong, just a missed key, making the Bingo side balance off by $25.  It wasn't fixable since the resetting keys had been activated.  Oh well ..... blame it on the full moon!!  If it could go wrong last night, it did!!!

I'm now left handed since my right hand is swollen and very sore.  I'm a left handed klutz and already had to change my shirt that was soaked with coffee.  I'm really hoping that was the end of it.  I'll be recovering on the couch!!