Meet Yari, a fun bundle of joy just getting to know the world.  Snow leopards are an endangered species, with only about 3500 left in the world.  Due to their shy nature, their numbers have not really been calculated.  Don't you just want to give her a big hug??  This picture is from last year when she was a baby. 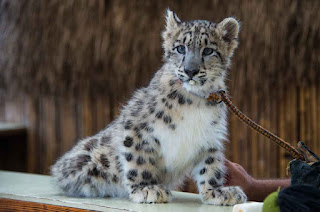 Here she is today, all grown up.  They are native to the high mountain ranges of Asia, which means lots of cold and snow.  Their fur is multi-layer and amazing to touch. 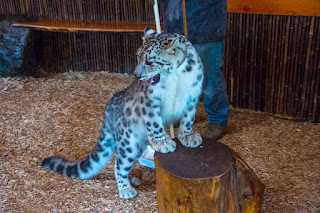 Here's that natural instinct to stalk dinner.  Actually, it was a donkey that got a little too close.  The donkey had to go!! 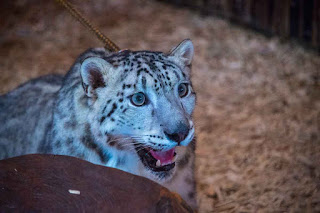 As the clouds came in and out, her color changed from dark grey to lighter grey with a shadowing of yellow.  Even though it was around 60 degrees, you can tell she was panting a little.  This is hot weather for her!! 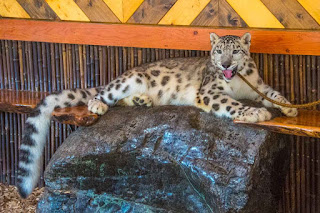 Would you look at that tail?  It's at least six inches across and used for balance.  Too big to allow petting, she put on a spectacular show for us, chasing one of her toys.  It's a gallon water jug smashed flat by her teeth and attached to a long stick. 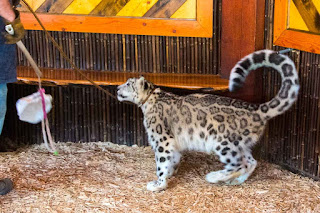 Once he started throwing it around, she began playing like your house kitty would, trying to grab hold.  When he ran it up the wall however, she followed it up and over in a spectacular back flip, catching it before she landed on all fours.  On the second run, she actually chased it around the wall, sprinted up, pushed off the wall and again caught it mid air with a flying leap.  She was WAY too fast to capture with my camera!! 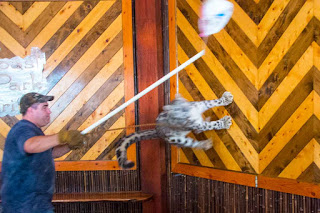 Once she catches it, she's supposed to let go, but THIS time decided to make sure it didn't get away.  It's firmly planted between her teeth.  When she gets too possessive, it's time to go.  By the way, this is the same caretaker that takes everyone home.  Lexi the lynx was raised with a Caracal cat from Africa ... Yari was raised with Ruckus the bobcat. 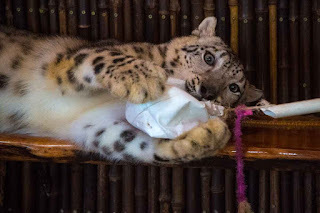 Meet baby Ruckus.  When he was little, I got to hold this beauty. 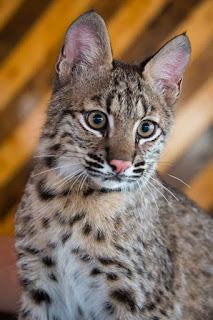 Meet Ruckus today!  He looks pretty much like your kitty, right? 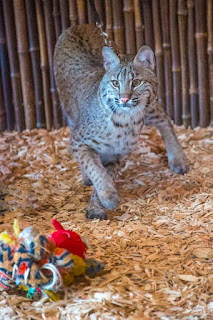 One of the first wild animals that ever sat on my lap was a bobcat named Bob.  Bob is still here at the facility.  Ruckus is also too big for the public to pet, so he just strutted around showing off his manly self. 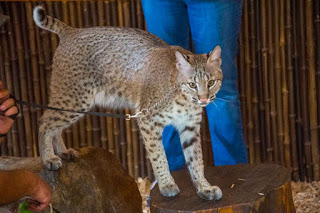 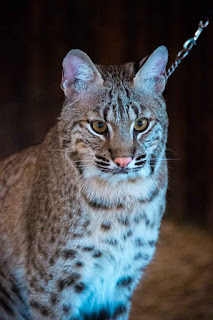 This is the bobcat that wanders my back yard in Arizona.  A little different color, you can tell she's not as well fed as Ruckus. 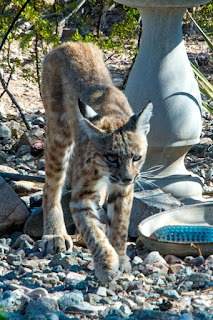 The Cookhouse story has to wait until tomorrow.  I'm heading out again, getting ever closer to home. Today will be the longest drive of the trip, so I better get packing!!