At long last it's a cool morning on the patio.  My phony coffee tastes pretty good as I go over everything I need to take on the horse camping trip into the Sierras.  If you forget something, too bad so sad ... there are no stores around to pick up things like hair dryers.  Heck YES I'm taking a hair dryer!!  No, there's no power, but I DO have a generator!!  Boy is that going to come in handy.  Just kidding.  Not really, I AM taking both, even though I plan on hiding the hat hair under a hat the entire time.

There was one main stop to make, and that was for fuel.  Everyone is claiming fuel is cheaper now, but I've not seen it here.  It's more expensive than it was a week ago. 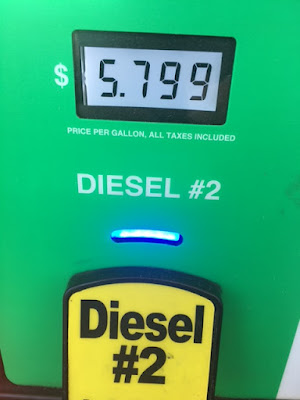 Yeah, I cringed at this too, but just put it on a credit card.  I may be walking to Arizona!!  Once that was done and my irritation abated, I headed back home to begin the major packing job.  There's really not that much stuff, it just seems like it when spread all over the kitchen floor. It's definitely harder than packing the RV, which already has everything I need.  I scrounged up small containers for stuff, with Amazon boxes coming in pretty handy.  I knew I saved them for something.  The majority of stuff will go in the back seat of the truck.  No I didn't take the hitch out of the bed.  I can get the top off, but at long last, this is too heavy for me to lift off the back of the truck.  Oh I could do it I suppose, but there's no use hurting myself when I don't need to. 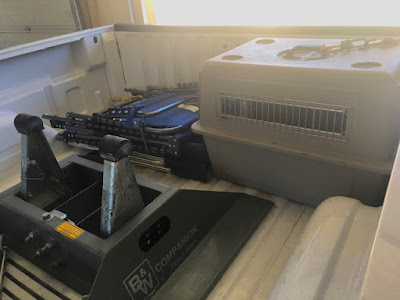 The rest of the day I watched rodeo and bull fighting in between STILL working on this quilt.  I stuck the pieces up there to see what else I need.  Just when I thought I was almost done, I found I need another 32 ribbons before even STARTING the diamond pieces around the edges.  Big sigh!!  (for the umpteenth time!!) 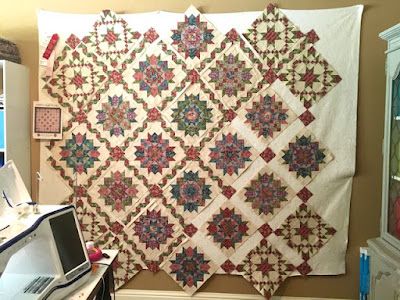 This morning I'm off early to Costco to pick up a chicken for us to eat in camp, along with my glasses.  Their timing couldn't have been better.  I just got the call ... so YAY I may be able to see those bears and rattlesnakes.  No, not kidding this time.
I'm again going to sing the praises of the phone guy.  I've been fussing with my phone for well over a year, with the cable not staying IN and charging the battery every fifteen minutes.  I used it all day yesterday and didn't plug it in once.  When I did, the cord actually stayed put.  I am happy to say there will be no new $1200 phone in the near future!!!
Then I'm off to drop Jonathan at Kay's house for his week's staycation.  Hopefully neither he nor Kay freak out!!  No worries, he will survive!!  He's survived me for 46 going on 47 years.  That just boggles my mind. 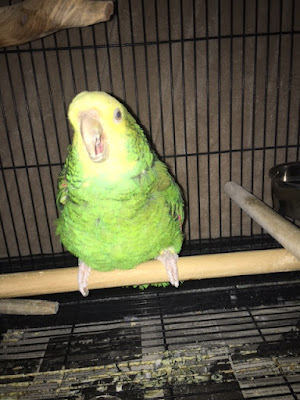 By the way, with no internet service, you will see no blog for the next week, nor will I be calling you with updates.  No phone service either.  At least I'll be able to charge my phone and take pictures.  There will be no "wanna be pro" pictures since there's no way to carry that big camera on a horse.
Time to check my 14 lists twice and make sure I'm good to go.

Posted by Nancy Kissack at 5:14 AM