Out With The Old, In With The New

I have finally found the secret to Thanksgiving shopping at the grocery store.  Go on a Tuesday morning.  Be there at 8:00 am.  It's completely quiet and I got everything I was looking for.  The best part was not waiting in line for 30 minutes AND I got a senior discount.  OORAH!!!

The REAL reason I went so early was so I could slip in a little nap before Bingo time.  Unfortunately, it didn't quite work out the way I planned. 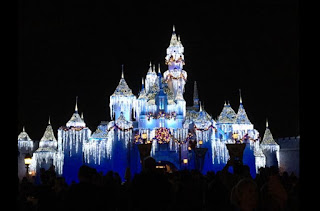 Every few minutes, I would glance out the front door at the pumpkins.  This little sign fits me perfectly!  Somehow I missed the memo about late garbage pickup due to Veterans Day.  Am I missing something?  It seems like Veterans Day was two days before Thanksgiving.

Out with the old and in with the new.  The pumpkins are now resting at peace in the garbage cans, a week before the next pickup.  My hand went through the bottom of the first one.  Yucky poo!!!!  It took a shovel to get it all in the bin.  They should be rotting VERY nicely by the next pickup day, attracting flies from miles around. 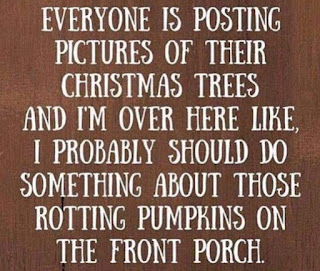 So here I am, perched on the couch just before hitting the grocery store, my kids fast asleep. 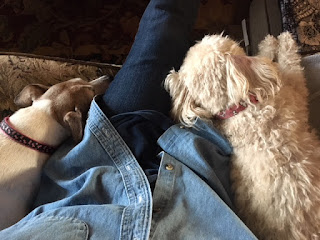 While on a Costco run ... the one where I was supposed to check out their ice cream, but completely forgot, I spotted almond flour.  It was used (in conjunction with regular flour) in three of the four pie crust recipes from the cooking class.  Apparently this is much better for you than regular flour.  Truthfully, I have no idea why, so I bought a bag just for testing.

Maybe it's the lack of gluten?  I'm really not up on all that stuff.  Out with the old flour and in with the new ..... except I'm pretty sure this won't make good bread. 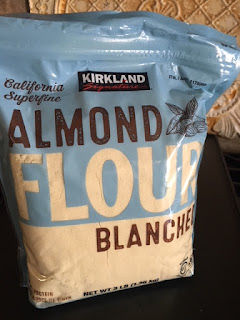 I finally wandered off to the Elks Lodge around 2:30 for the gathering at the Castle watering hole.  I can't tell you how nice it is for me to walk into a room and know some people who welcome me with open arms.  I'm pretty much a shy bird.  If I didn't know anyone, I would walk in one door and right out the other.

Somehow in the hour I was there, I acquired an Agent and became a Trustee nomination.  It happened somewhere between the first and second glass of coke.  Out with the old and in with the new, except for that part when I'm in Arizona.  I even think I heard something about a plane ticket.

The night got longer and longer.  I've never yawned so much in my life!!  S L O W was the word of the night as I fended off peasants demanding their change of $80 when I had already given it to them.  I finally asked "where is your receipt?"

It happens every week.  They reach in their pocket for the receipt and find their change.  "Where's my red ticket"? (for the drawing every night for pull tabs where they can win maybe $1).  Look deeper in your pocket ..... whereupon they come up with the ticket.

Trying to get out early, we counted all the cash and waited holding our breath.  RATS!!!  Not one, but FOUR winners of the last $150, meaning we had to make mountains of change.  That of course resulted in a complete recount of the entire cash box.

It's a good thing the Castle Lawyer was counting, because I was so sleepy I never would have gotten it right.  We wished everyone a Happy Thanksgiving and rushed out the door.  My bed never felt so good!!

Today I'm gathering up all my goodies to make a beautiful Thanksgiving dinner for one.  Well three actually, because the "kids" can have just a little turkey.  I'm celebrating on Friday with my adopted family, where I will take  .... wait for it ............. PIES!!  Wish me luck with the baking thing!