Some may not be aware of the Old Plank Road in Imperial County, California.  You can still see parts of it if you are traveling to Yuma Arizona, as this road connected the lower section of California (San Diego) with Arizona, on an east-west route over the Algodones Dunes.

Since Los Angeles won the right to be the hub of the transcontinental railroad, San Diego wanted to become the hub of Southern California's road network, but they needed a way to get over the sand dunes to Yuma.

Having won a road race in 1912 to find the fastest route to Phoenix (he had to be pulled through the bad spots with horses), "Colonel" Ed Fletcher with the backing of the Los Angeles Examiner newspaper, raised money to pay for 13,000 planks. 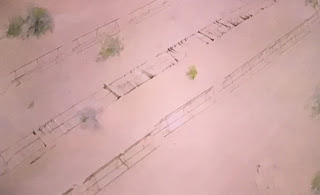 Delivered by horse and wagon and first laid in 1915, they were two parallel tracks about 25 inches wide, spiked to wooden cross pieces. Total length?  Only a mere 6.5 miles.  Can you imagine the bumpy ride you would get, not to mention passing might be a problem with only one lane. 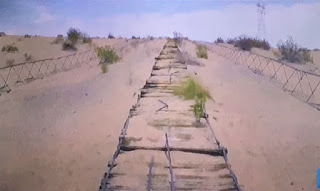 The real problem was that shifting sands continually covered the road, requiring maintenance crews to clear it with mule-drawn scrapers.  In spite of their troubles, the road was considered a success. 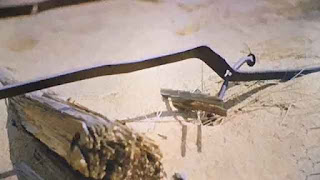 In 1916 an even newer road was commissioned, consisting of long plank sections, eight feet wide with double wide turnouts.  The sections were shipped by horse drawn wagons and lifted into place by this crane.  Work continued for over ten years. 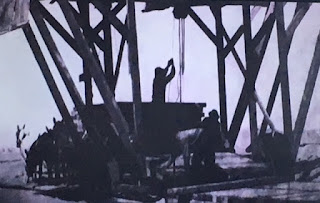 As you can imagine, those planks offered up an incredibly bumpy, uncomfortable ride, even if it was only for seven miles. 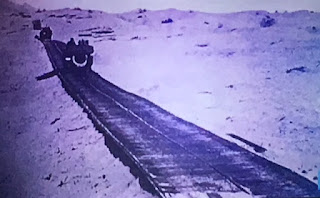 Maybe that's where the air filled tire idea came from.  It certainly would have made the drive more fun.  That didn't keep them from being proud of their accomplishment, as well as their vehicles.  Don't you wish you had this baby?? 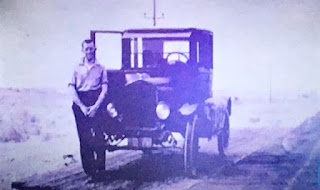 In 1926 a new twenty foot wide asphaltic concrete surface was constructed on top of a sand embankment, replacing the wooden road completely.  That didn't last long either, being replaced by Route 80 and again by Interstate 8 which you drive on today.

You can still see remnants of the wooden plank road as you drive East on Hwy 8, just before you get to Yuma.  It's visible on the right hand side as it heads up and over a small hill. 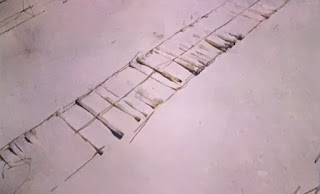 Pretty ingenious for the time, only because no one else had any other ideas.  Necessity is the mother of invention I suppose.  It seems however that the shifting sands had other ideas.

Fun Facts:  Clark Gable and Carole Lombard, two of the most famous of Hollywood's Golden Age, were married in Kingman Arizona on March 18, 1939.  Why, I have no idea.  I think Kingman is a nice town to pass through on the way to somewhere else, no offense to Kingman residents.  I stayed there once for one night.  I think the temperature was in the 120 degree range.  Just a tad too toasty for me.