The Final Crush to the Finish!!!

Little did we know what awaited us in flowerland.  Up early as usual, the sun shining under the clouds was pretty spectacular.  Rain is forecast at around 9:00 for an hour.  Sunny the rest of the day!!  That's good, because we could use some warm.  It's been in the low 40's every night and barely into the 50's during the day.  I thought this was sunny Southern California!! 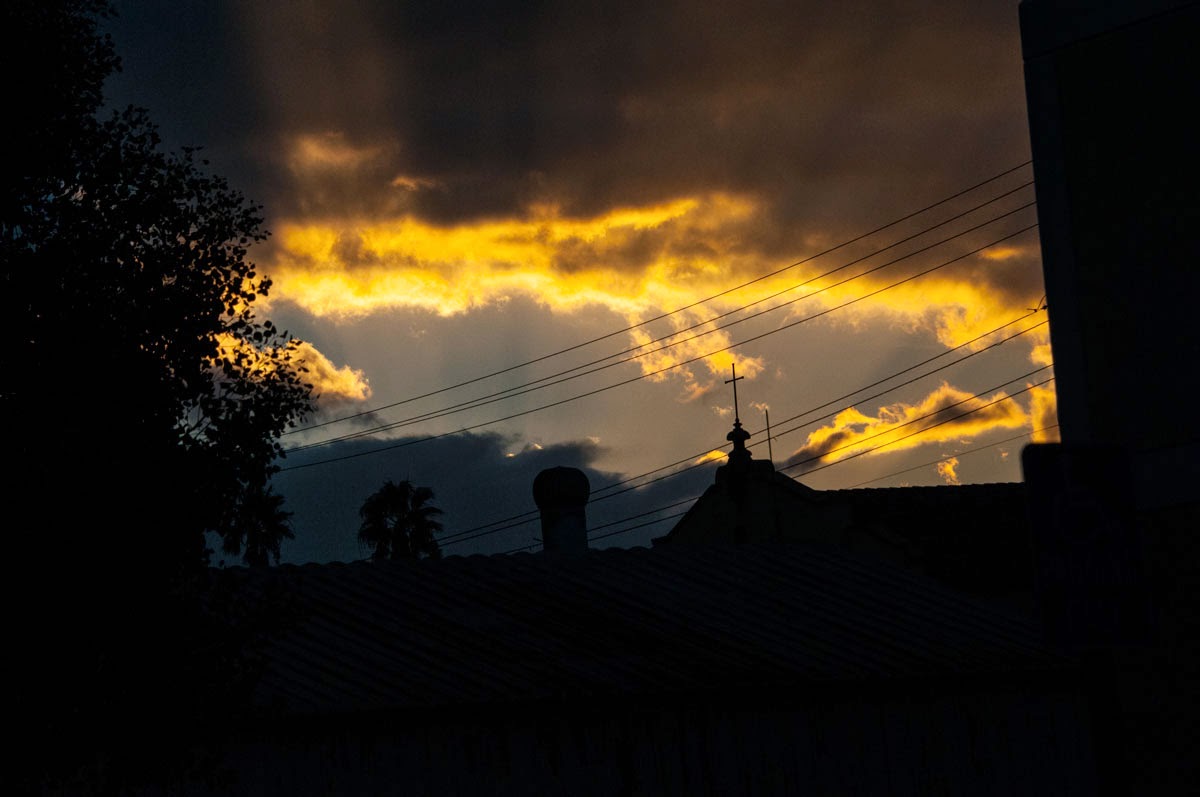 So far, all the flowers we have processed have been shipped in vials, making it much easier to work with.  Today was another day altogether.  We were given hundreds of bundles of a dozen or more flowers, not so sharp razor blades, over 1800 water filled tubes and styrofoam boards for standing the flowers on, to be transferred in to the float building for placement.  Here's the first bunch ... easy to cut, so we got immediately spoiled!!  Gold as far as you can see ... until we switched to red, yellow and many colors in between. 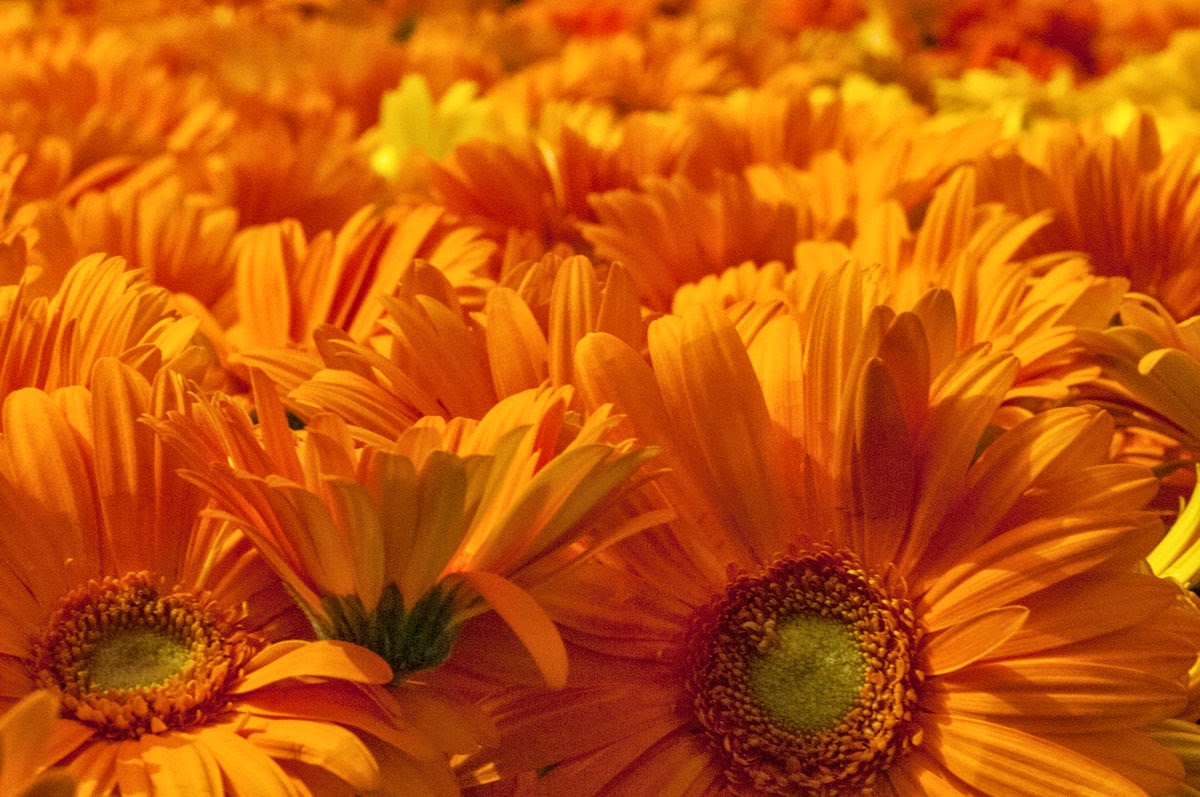 When those were done, we switched to roses.  Hundreds and hundreds of roses!!  By now the skin on my fingers is starting to slough off from being too long in very cold water!! 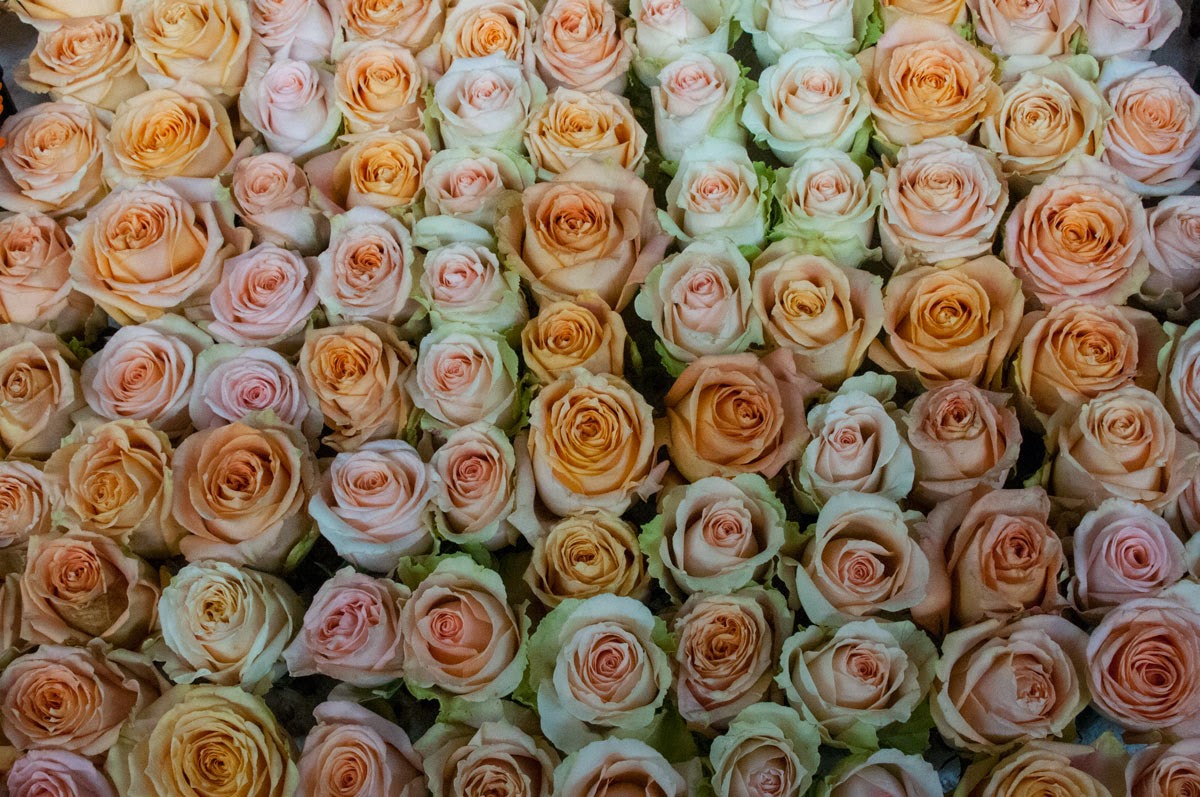 These were finally found and secreted away to replace the stolen ones from yesterday.  We were so short of pallets for the flowers, that we scounged everything possible to stick the tubes in.  If we didn't keep a close eye on OUR supplies, someone would come and steal them.  Yes REALLY!!  They are serious about the float they are working on!!  We worked on several, so it was no big deal for us, but don't steal our supplies!! 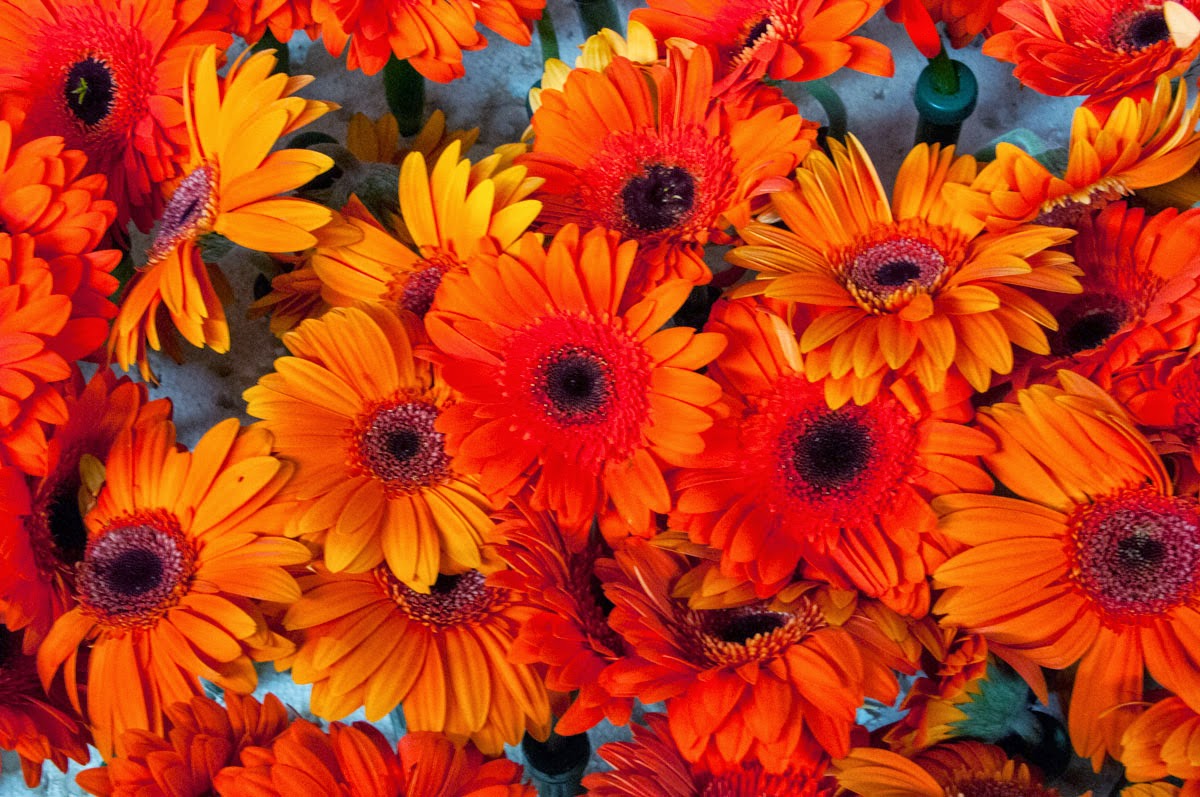 By noon, we were all exhausted!!  We stood at the table and worked for four hours straight.  Finally the dinner bell rang!  The Sikh Mission, here with their first float, provided lunch for everyone in the building.  Can you imagine??  There must have been over 300 people.  Chicken Tika Masala, curry beans, basmati rice and naan bread.  What a treat!!  It was just delicious!! 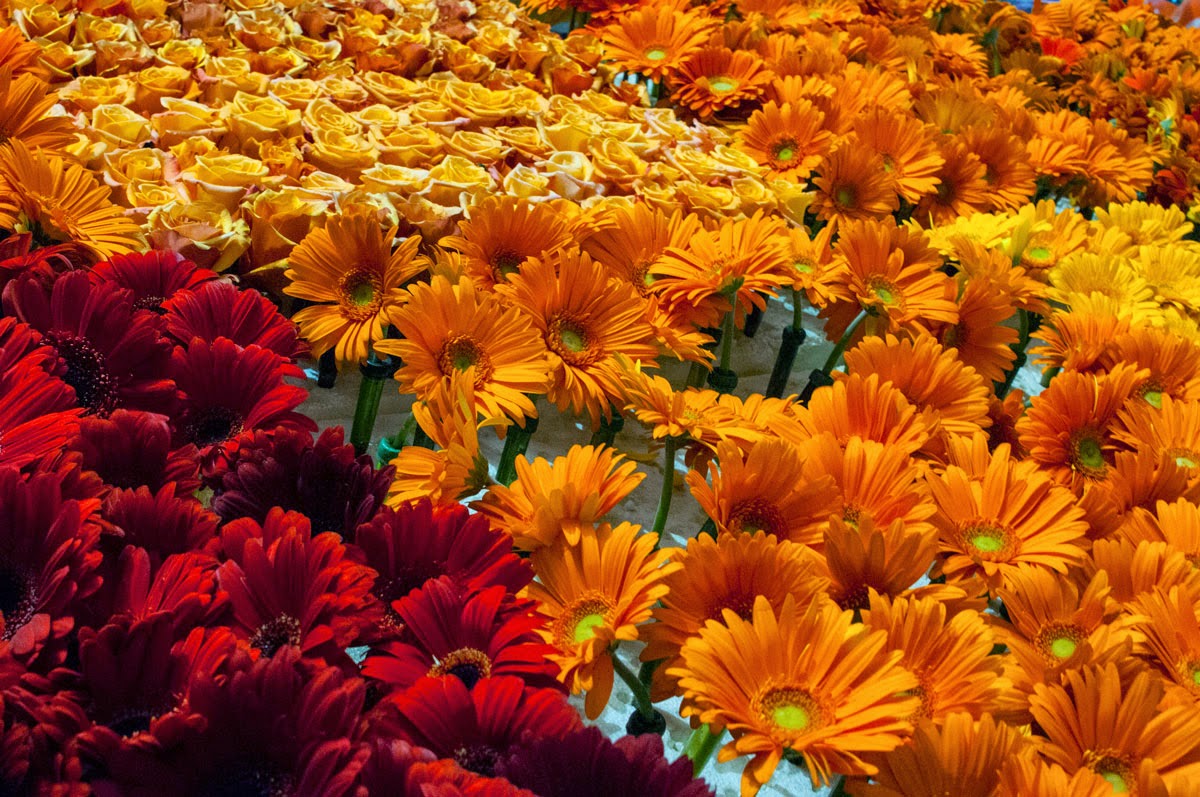 Back at it, we cut, wired and tubed over 400 roses before finishing up another 400, unwired.  By now everyone's fingers are about to fall off from being in water all day, to say nothing of the razor blade cuts and rips from thorns!!  We started to lose people fast!!  By 3:00 practically everyone had baled except Tom and Barbara Westerfield, Cyndae, Katie and I.  Eventually a couple more were hijacked ... I mean indentured ... I mean ... well you know, we just grabbed them off the street!!!  By 5:00 my puppies had spent 10 hours in the rig, which meant I was sure to have some messes to clean up.  I finally left at 5:30 ... they only had maybe 400 more roses to tube ... a piece of cake!!  A messy, dirty, cold job, to say the least.  Oh, and I forgot to mention it started to rain about 1:00.  So much for the forecast.  It rained steady until 7:30!!  That created another whole new set of problems ... NONE of the flowers can get wet.  So with all the water mess we had, PLUS the rain, we were constantly trying to keep the flowers DRY!!! 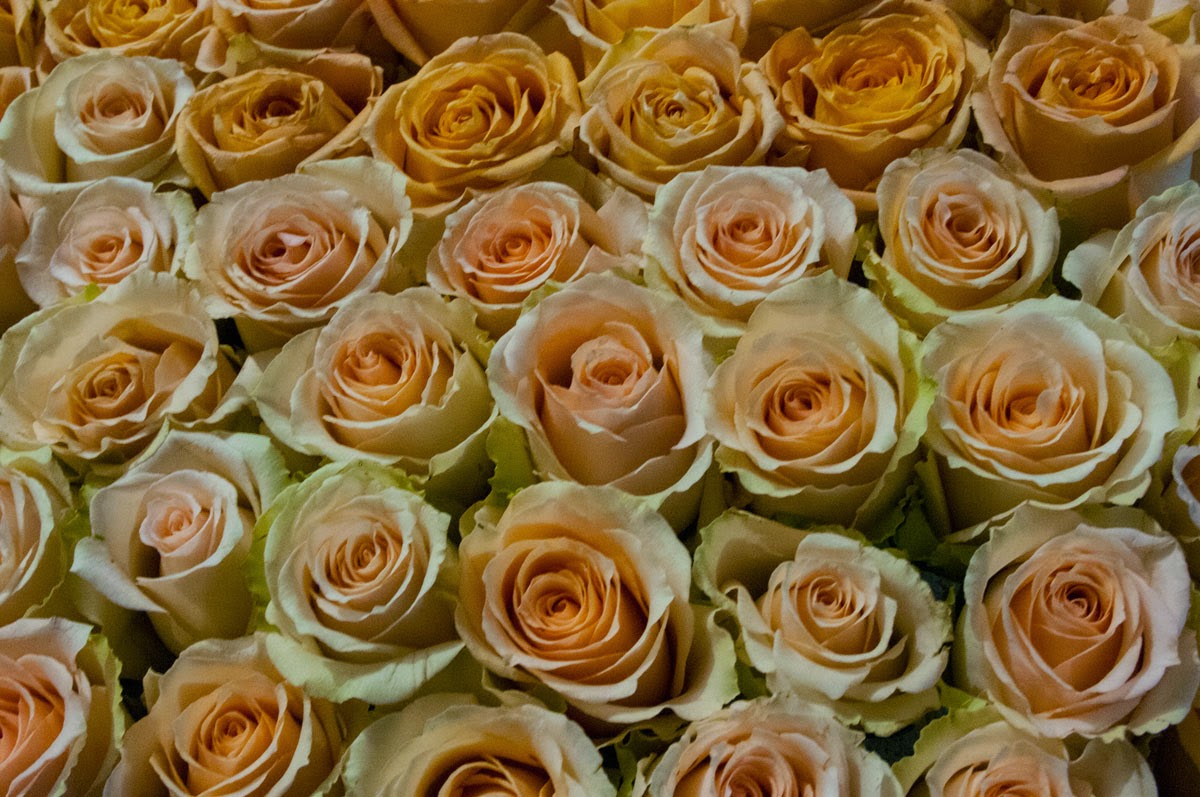 With so much work, I never did have time to check out the status of the floats.  Since judging was scheduled for this morning at 7:00 am, they had to be completed.  That gives us a day off!!  It's a good thing, because we three florists at this Elk's park are beat!!

Here's the head of the wizard.  He's attached to a large metal arm that once outside, will slide up to the top of the body.  All the stars have lights that flash!  Pretty impressive.  This is the American Armenian float.  Farmers Insurance is the one with the knight in shining armor.  Shriners Childrens Hospital has a large teddy bear on the front and the Lutheran Church has Noah's Ark.  There are a couple more in our building ... hard to believe right??  It's a BIG building!! 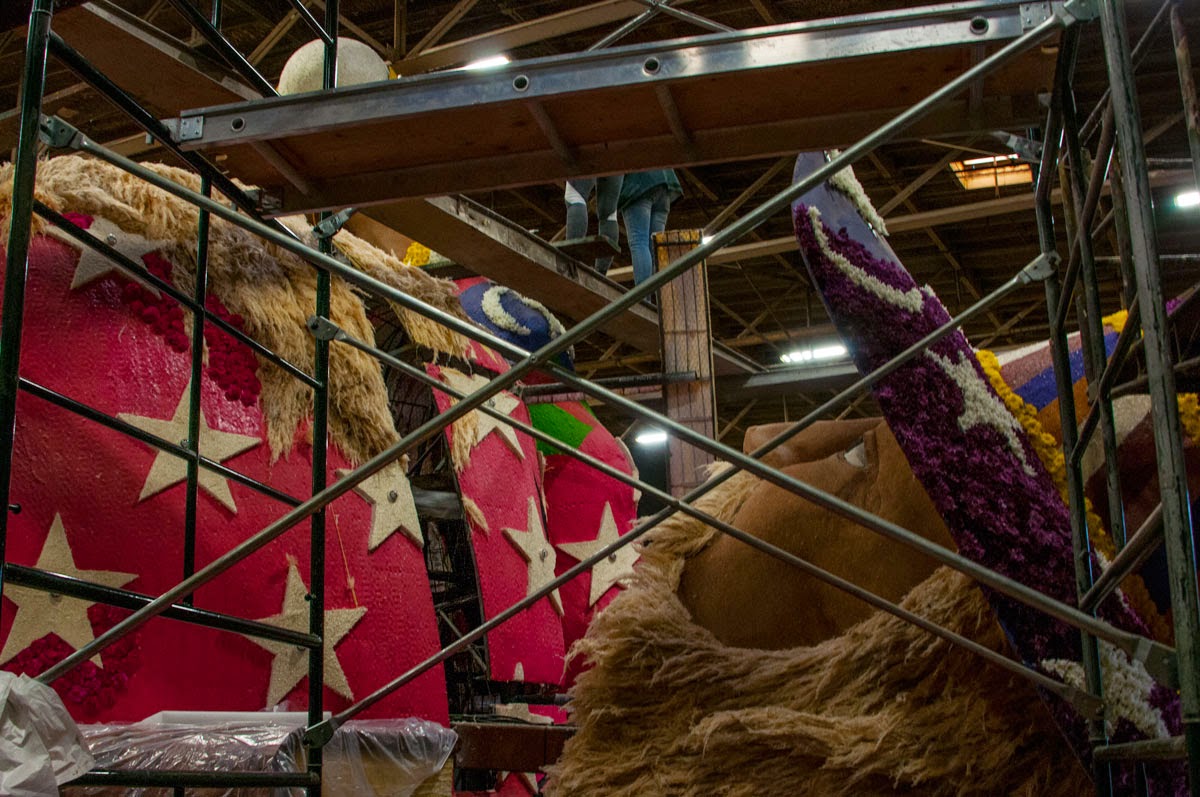 This morning my fingers don't work very well and are sore to the touch.  With splits and cuts all over, neosporin is my friend today.  Thankfully the cold/flue thing has subsided, although I'm still on meds for a few days.  Just in time for some shopping at the Glendale Galleria.  From what I've seen, Glendale is a rather ritzy little town!!  Lets see what damage I can do!!

Not sure what time the Rose Parade starts tomorrow, but everyone be sure and check out our handiwork on the floats.  It certainly was no easy task, but we had GREAT FUN and that's what counts!!!  By the way, anyone want to volunteer for next year??  Just contact me and I'll set you up with Gretchen!!
Posted by Nancy Kissack at 7:12 AM