ELVIS IS IN THE BUILDING!!!

And looking quite nice, I might add, for being 79 years old and dead!!!  Last October while still on the road with the Westerfields, Barbara mentioned there was a rumor the "real" Elvis Presley would be in Fresno for a concert.  I got pretty excited at THAT news ... I've heard of him showing up in all kinds of places, but Fresno???  It can't be true ... but we took a chance and ordered two tables at the Country Club.  Sure enough, that Elvis sighting was legit!! 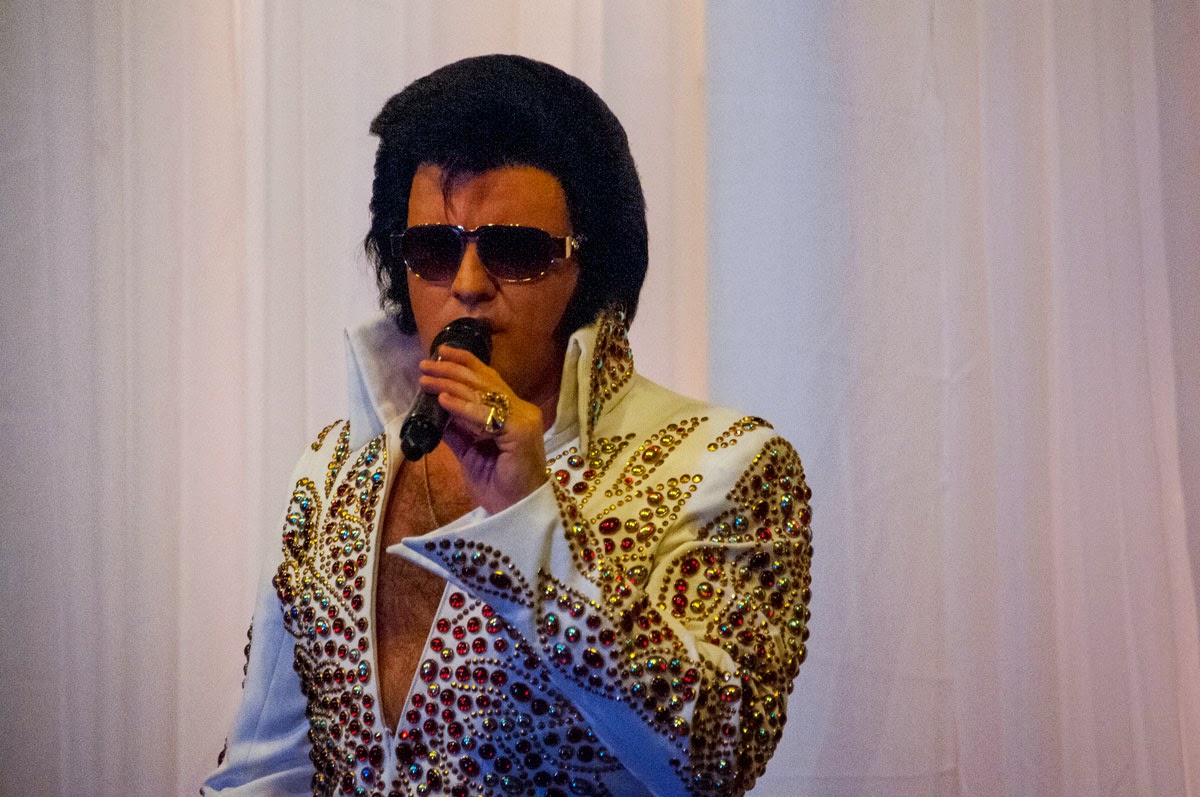 He wowed the crowd singing some of his best Christmas songs while the ladies swooned!!  Better be careful Elvis ... some of these ladies might just have a heart attack with all the shimmying and hip shaking ... which he did VERY well!!! 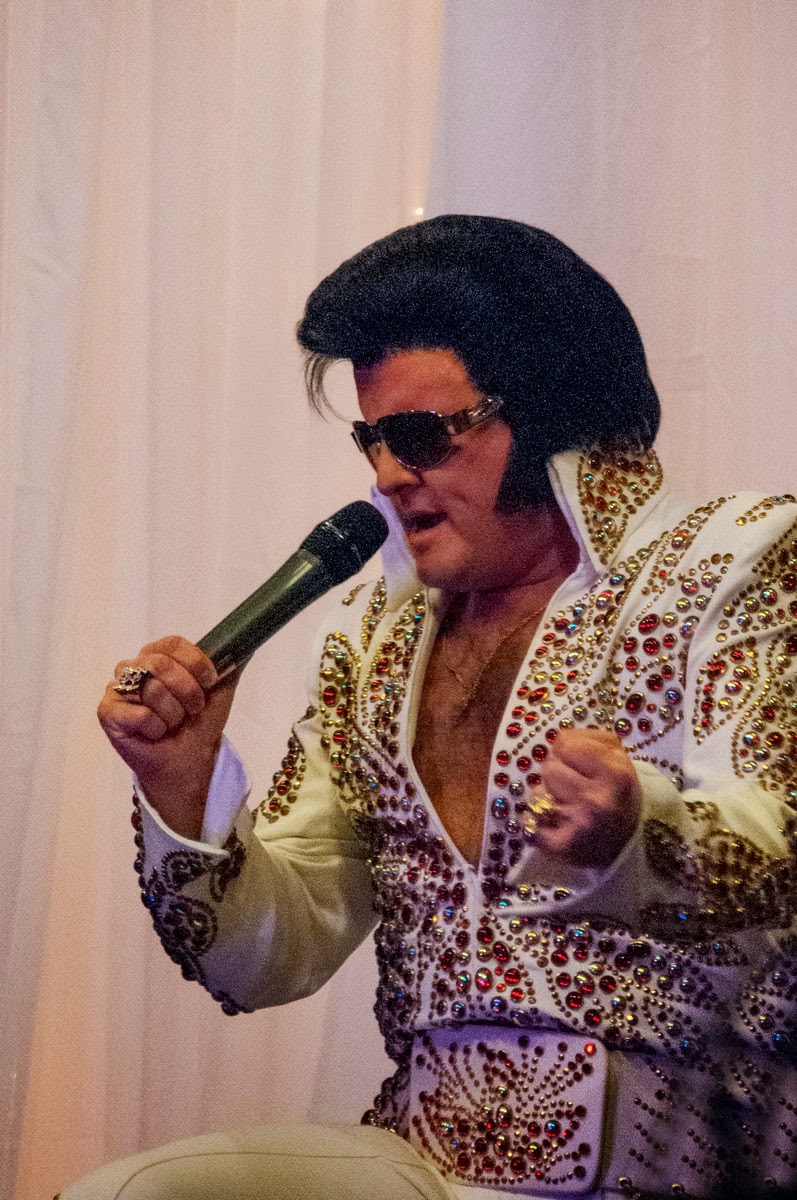 Can you imagine being in a room full of giggling "old" ladies??  We were all in our teenage years when Elvis was performing on stage, so this brought back a lot of memories.  I have to say the men enjoyed the show just as much however!! 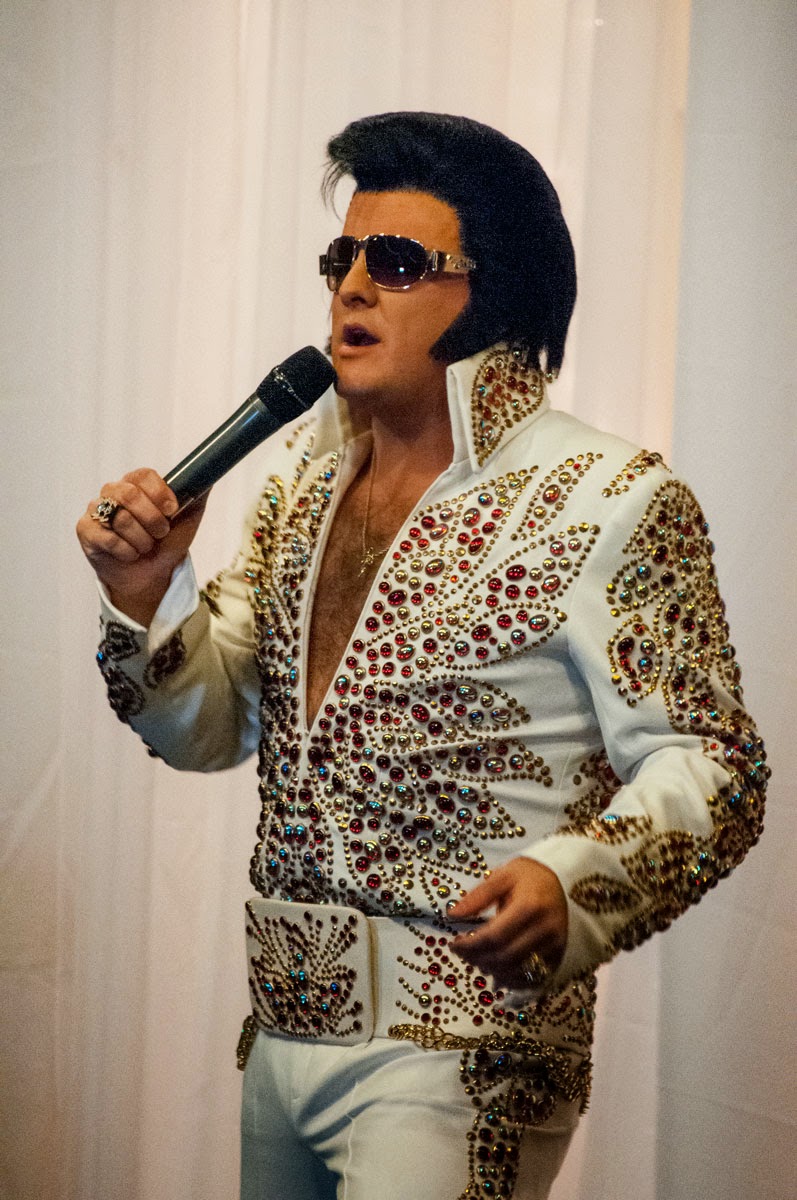 He just doesn't seem to age a bit!!  I want some of whatever vitamins he's taking!!! 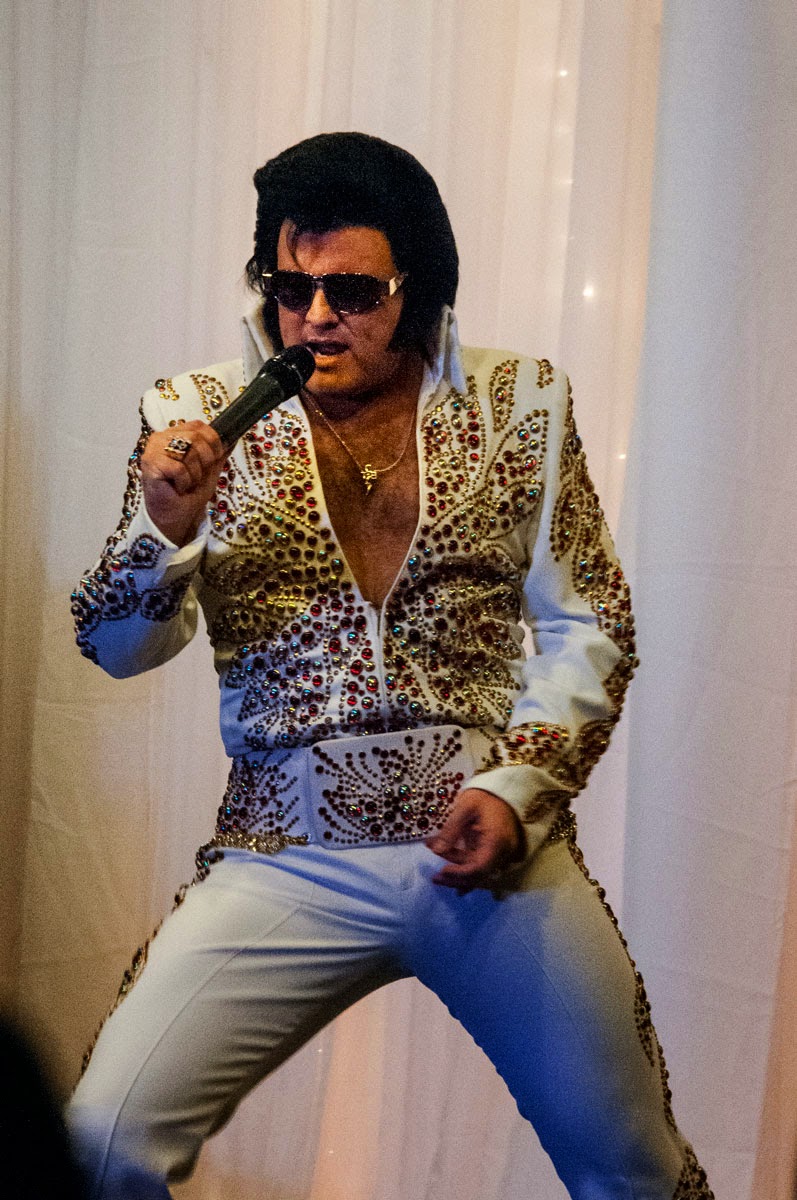 This is Jeremy "Elvis" Pearce, one of the best Elvis impersonators on the planet!  I knew about the costumes he's purchased at Graceland (you can see some of them in my previous blog when we visited there in September) ... but I wasn't expecting to EVER hear that voice again.  Let me tell you, if you close your eyes, you can't tell the difference. 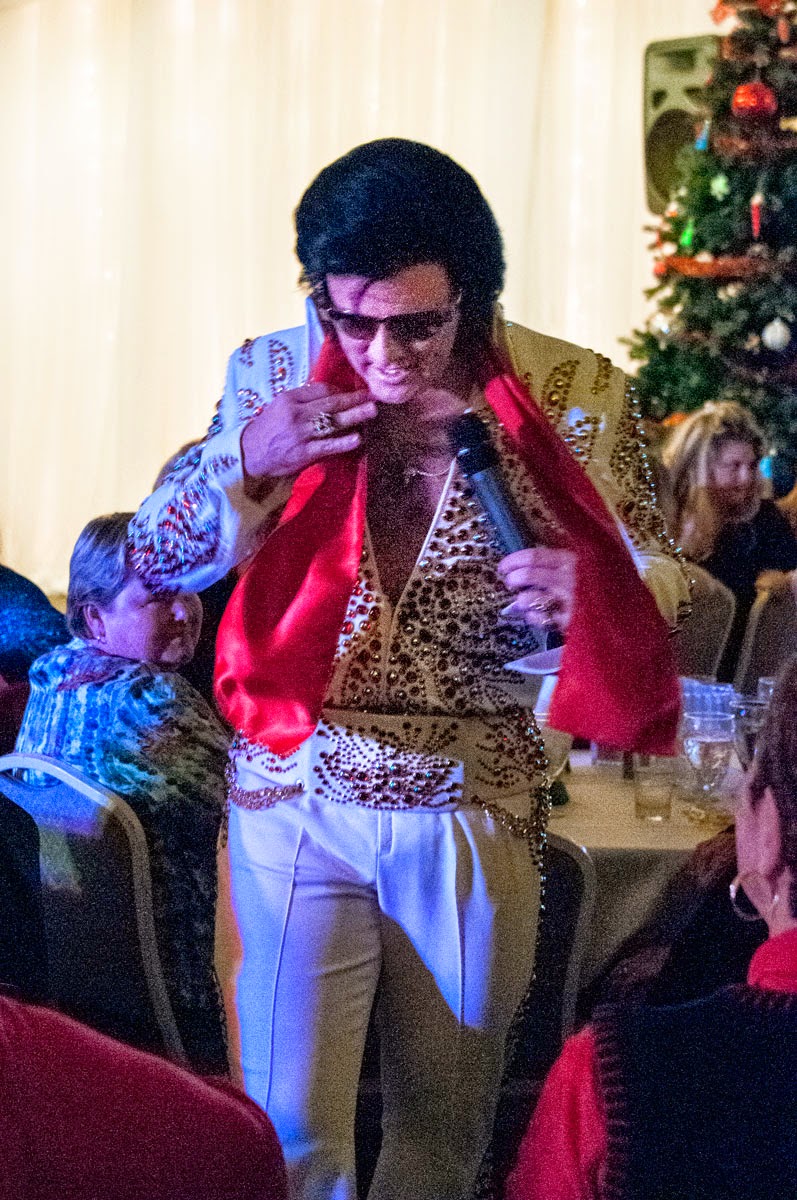 He played the entire packed crowd, going to every table, giving out scarves and kisses to the birthday girls and one guy whose wife got the kiss.  These two seated here are Jamie, Barbara's grand-daughter and her best friend Katie.  Katie, being only 18, had heard the name Elvis, but had no idea who he was.  When he came around and sang to them, they giggled like teeny-boppers!!  When she googled some early Elvis images on her phone, she commented "WOW"!! 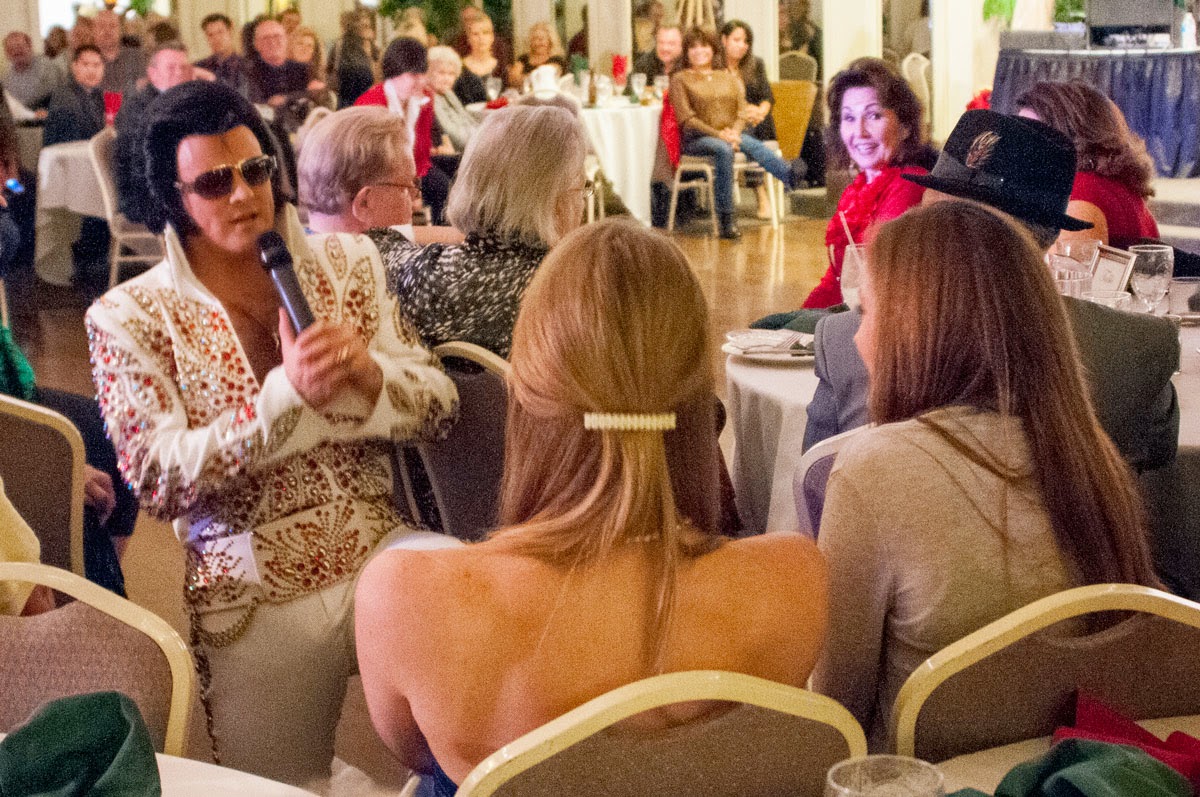 In the middle of the singing, there was a short break to see who won the raffle prizes ... all Elvis related.  Barbara's Mom won the sexiest prize of all ... an Elvis blanket and a bottle of Elvis wine.  How cool is that for a 94 year old???? 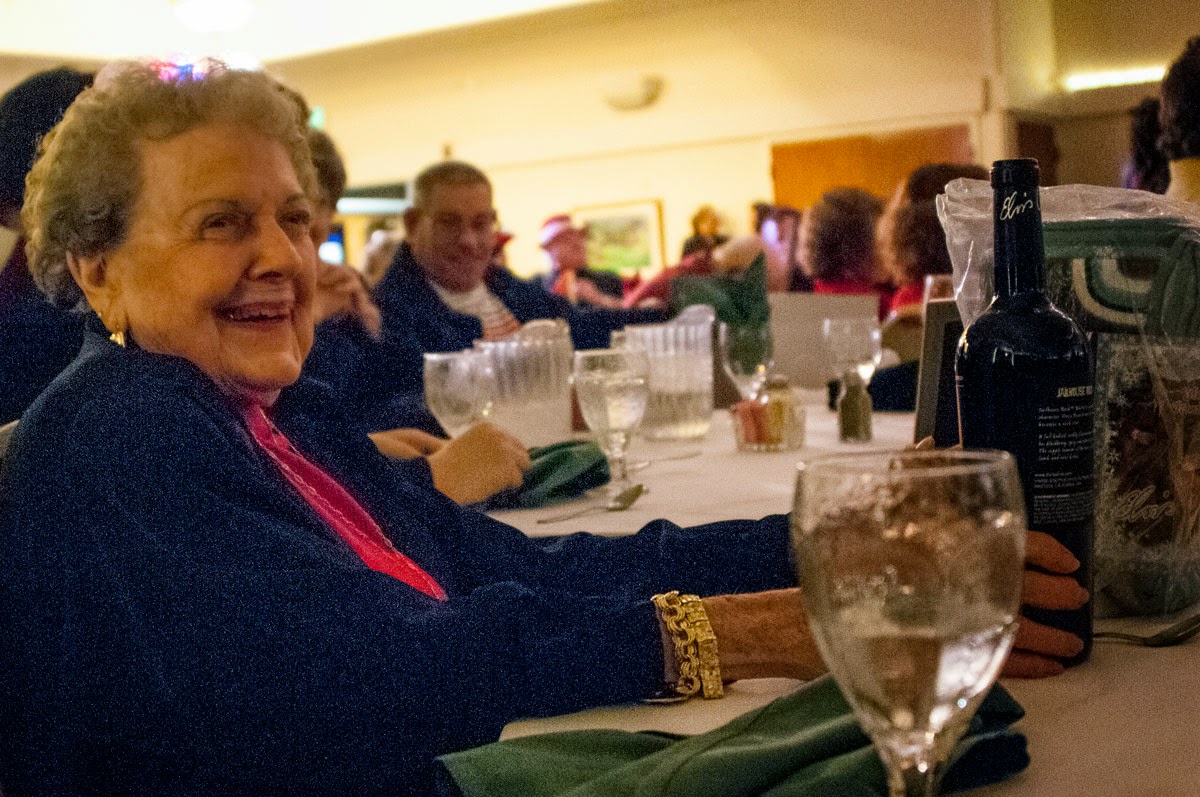 We saw this Jailhouse Rock wine at Graceland ... should have picked up a bottle or two!! 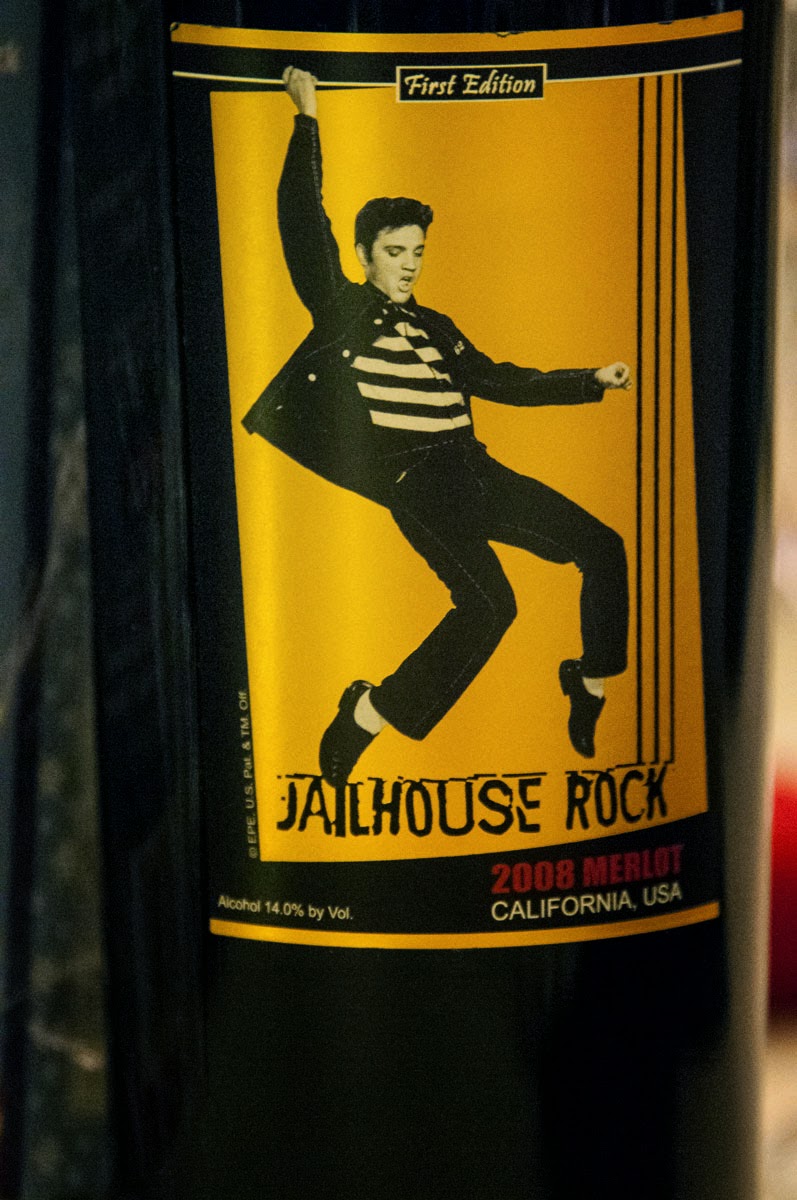 A few more songs, and sadly our time with Elvis was ending.  He had to get back on the road so he would be seen in a gas station in Timbuctoo or in Bar Harbor Maine eating a lobster roll!! 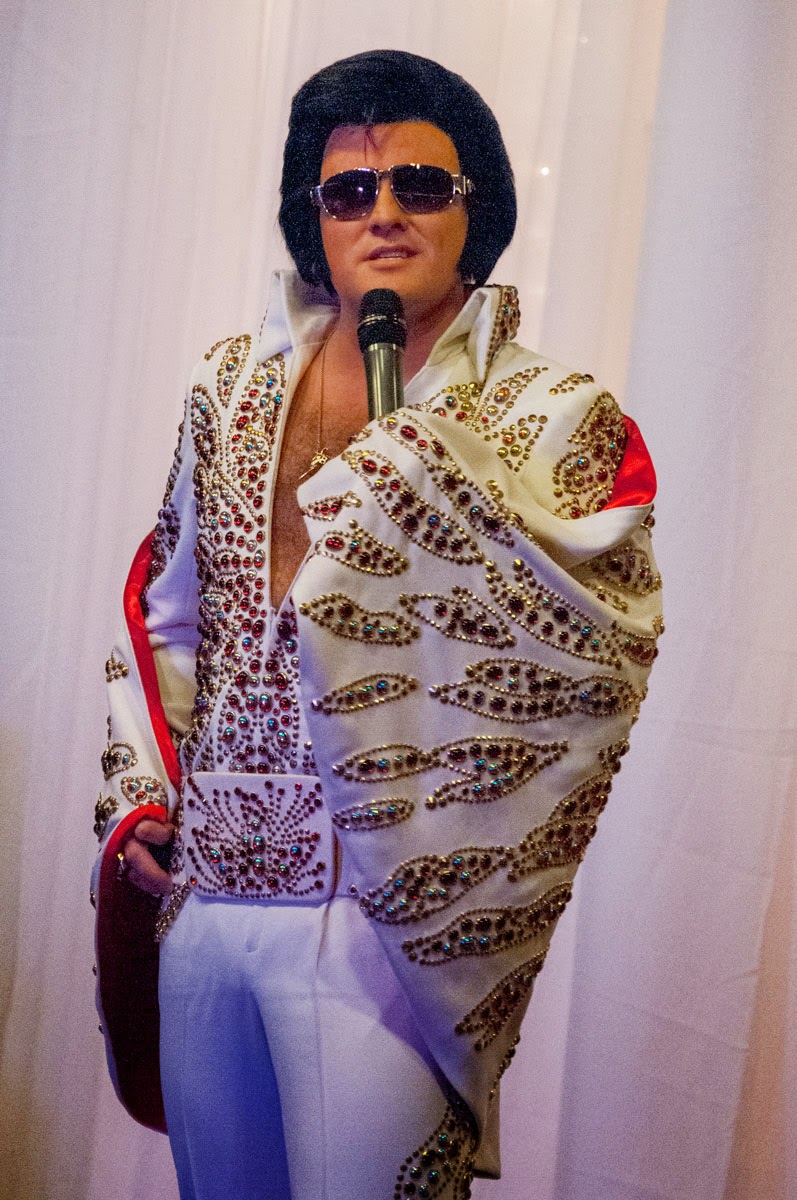 But FIRST ... we all got to stand in line and have our picture taken!! 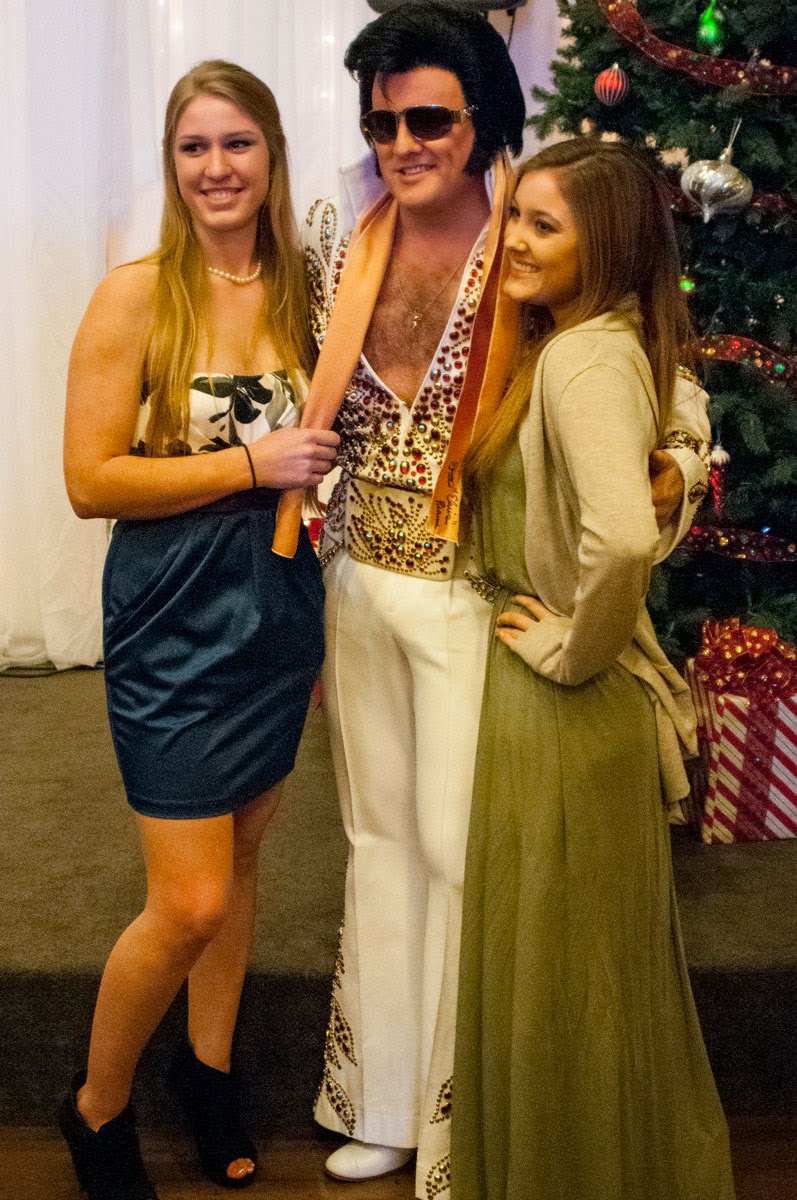 It's good to be ELVIS!!!  Especially when two young gorgeous women are kissing each cheek!! 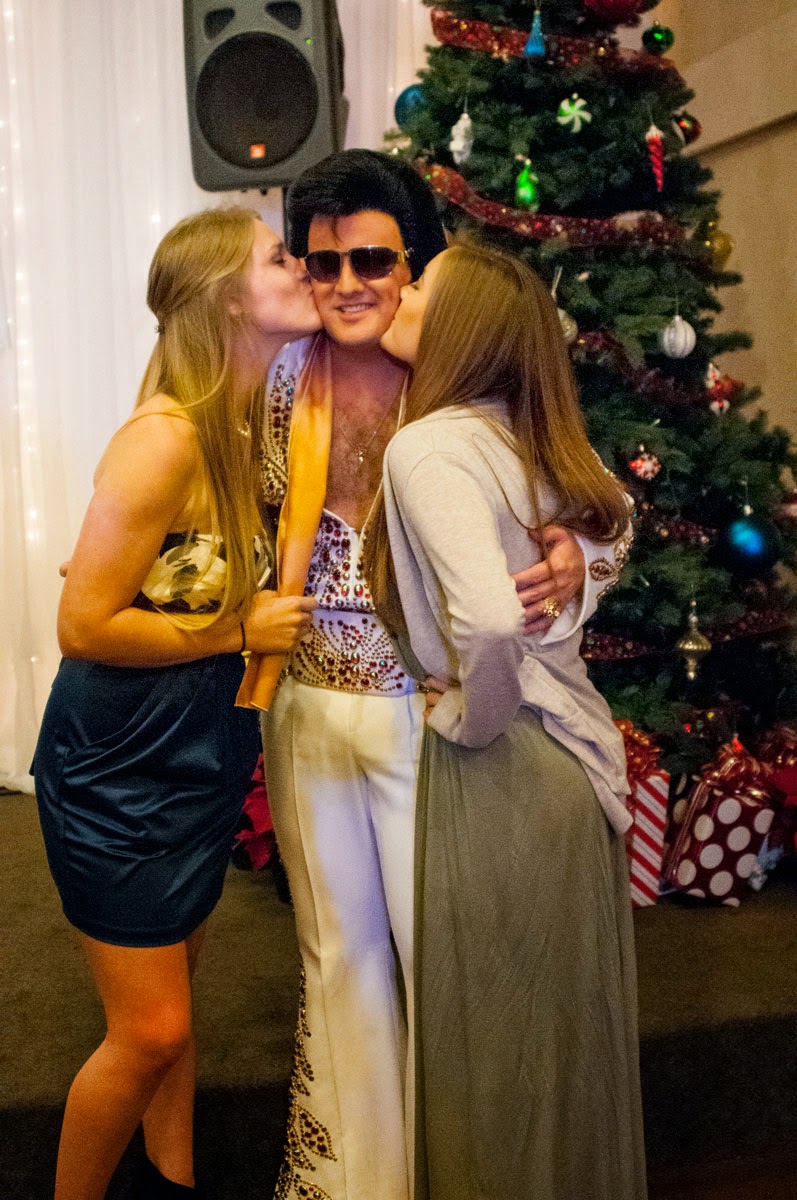 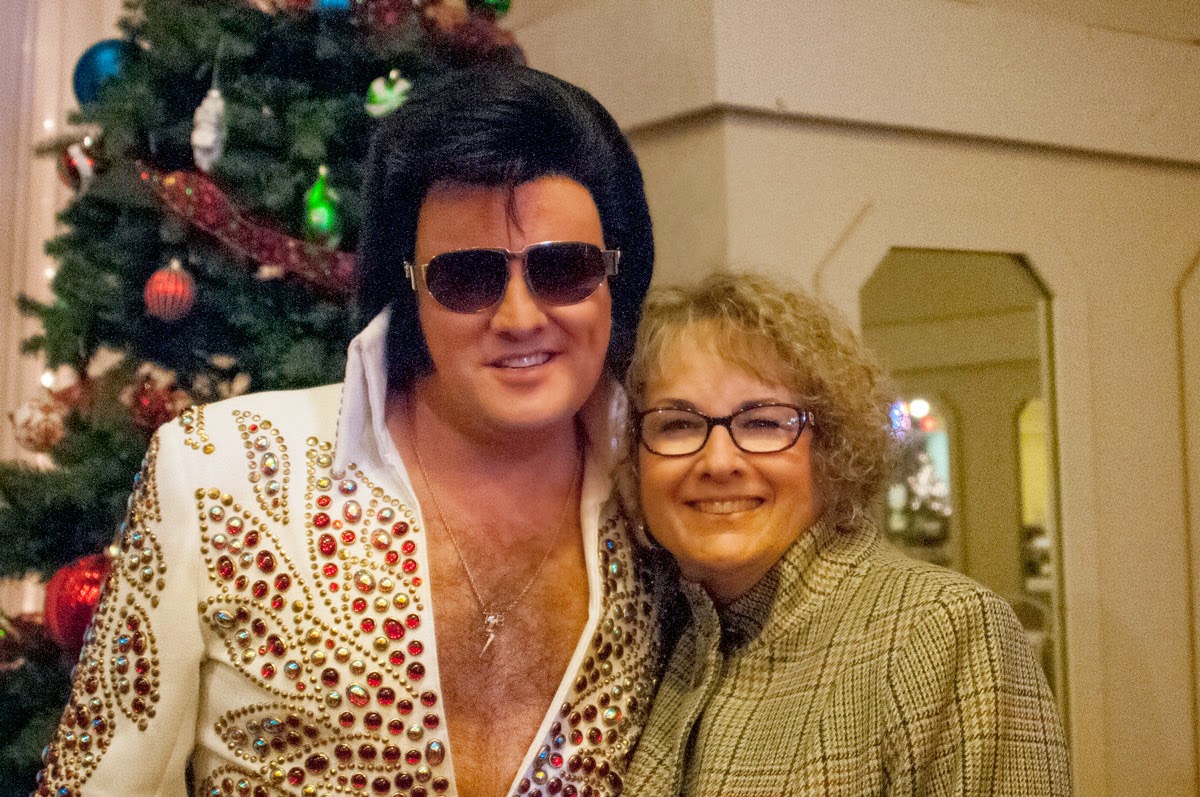 Jeremy plays up and down the Central Valley at many different venues.  I promise if you see his show, you won't be disappointed.  He's as close to the real thing as it gets.  Better make your reservations early however .... his shows sell out quickly!!!  Oh I forgot to mention, a buffet dinner was included in this show for $25 and the food was excellent ... as was the carrot cake!!!

ELVIS HAS NOW LEFT THE BUILDING!!!  Hopefully to be seen at a restaurant or gas station near you!!!

Posted by Nancy Kissack at 7:27 AM