More glorious rain fell from the sky most of the morning yesterday, allowing me to stuff all the rest of the boxes in the recycle bin.  How you ask??  It's pretty silly around here, but the only thing you can recycle is cardboard ... and they have a bin just for that purpose.  The trouble is you can only get maybe one or two boxes in the bin.  Since I'm an Amazon Prime member, I order just about everything I possibly can from them ... and you KNOW that means tons of leftover boxes, big and small.  I try to nest them together, but always seem to have a huge stack outside my back door.  When it rains like this, I lay them all out in the driveway, where they get soaking wet.  Once they are real soggy, they fold up and squash down enough to fill the bin!!  I did a LOT of squashing yesterday!!

I think I mentioned my buddies are back, although they seem to have moved one street over for their nightly nesting ... which suits me just fine!!  It lessens the number of times I have to give Jessie a bath, having rolled in whatever dead pieces they dropped in the corrals.  Every morning however, they are flying high on the wind currents.  Since it's a balmy 60 degrees, I usually sit outside with my morning coffee ... UNDER the patio cover! 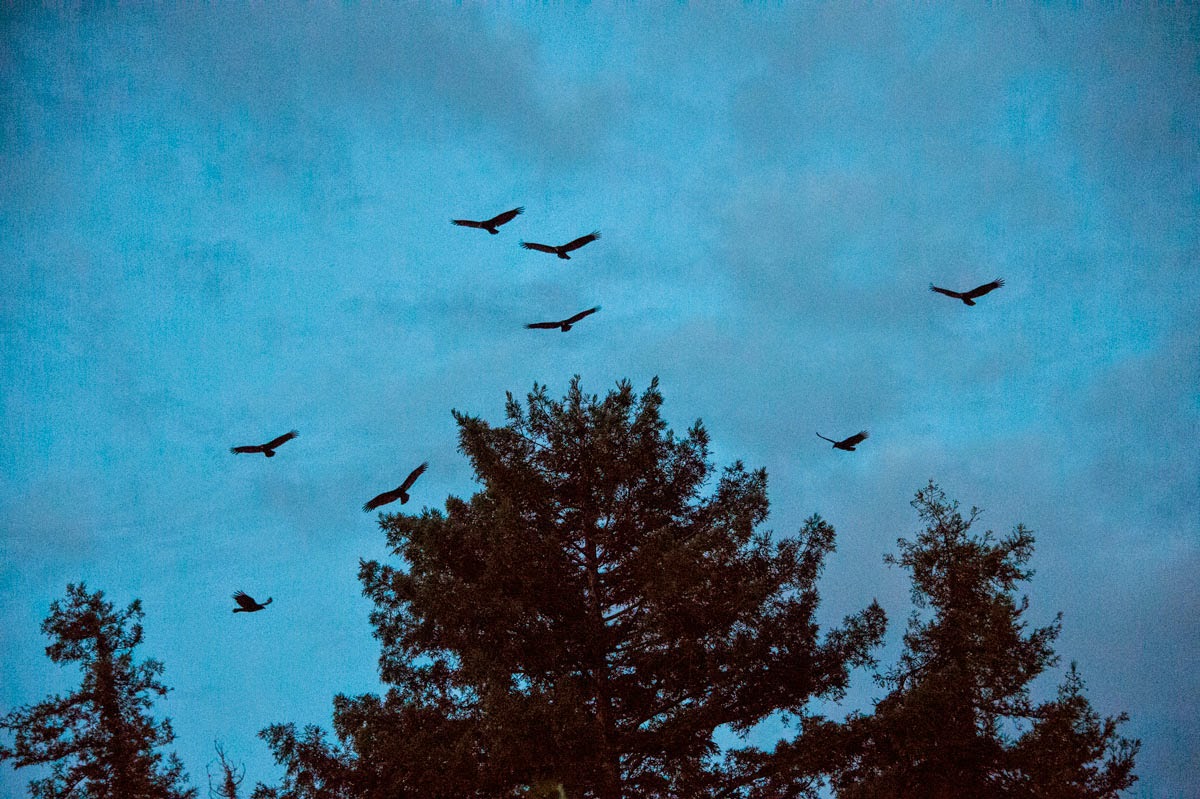 The other side of the house has this beautiful view every morning.  I just love to watch the sun come up!!  I'd love it even more if I could sleep in, but you already know the puppy story. 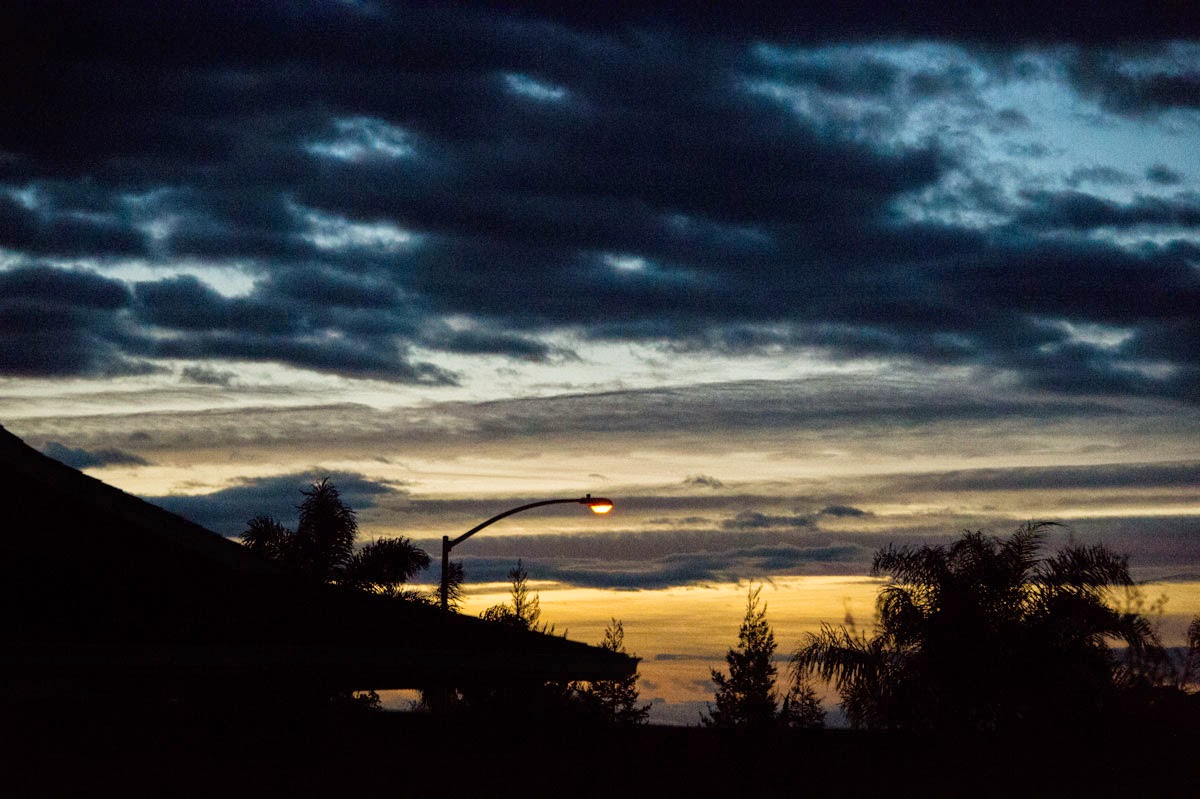 Lucky for me I found a local quilt lady named Ann and visited her yesterday.  What a great lady ... we have SOOOO much in common, and she has the biggest quilting machine I've EVER seen!  It's at least 15 feet long and almost fills her entire room.  The number of patterns she can sew are almost limitless.  Eureka!!!  I left two with her to quilt and have one more ready to drop off.  In the meantime, I'm going to work on those drapes today.  Hopefully I'll have some nice pictures tomorrow.  In between sewing, I have to cook something for dinner ... thankfully I finished off the last of the turkey, mashed potatoes and gravy for breakfast!!  Another adventure in the making!!

Bingo was craziness as usual, but with a LOT more screaming than normal last night.  Since we will be closed two weeks in December for Christmas, they decided to make every bingo pot worth $250 instead of the usual $100.  That brought in 30 more people than normal, for a total of 132 screaming women (and some men too).  I mean they scream bloody murder when they win!!  There were the usual ones who try to sneak an extra packet or two without paying, but when the BIG crowds come in, I have to watch them like a hawk.  Ten of the 30 came back and tried to convince me they didn't get all their cards ... or their little red drawing ticket.  Sorry folks, you're barking up the wrong tree.  THIS girl doesn't let you pull any of that stuff.   My friend Ann who trained me here, is an Attorney, so they really don't have a chance.   They argue, cry and complain to the management ... but they forget, I'm an accountant, and the management LIKES me!!!  By the way Ann (whose on vacation) ... I can't wait for you to return!!!  At any rate, they were mostly happy by the end of the night when we finished doling out $5500.  Just another exciting night at BINGO!!
Posted by Nancy Kissack at 7:15 AM