I bet you've never heard of Canine Paralysis.  Let me just say it's a REAL thing.  Something I experience every single morning while I sip my lovely cup of Joe for the day.  Canine Paralysis sneaks up on you starting with snuggles and a wiggly butt.  You feel the heat on your leg as you relax, not knowing the extent of what's to come.

In a flash ..... you are PARALIZED!!  You cannot move!!  There's nothing much sweeter than feeling the breath of a puppy dog who loves you so much, their only wish in the world is to lay on your lap for hours. 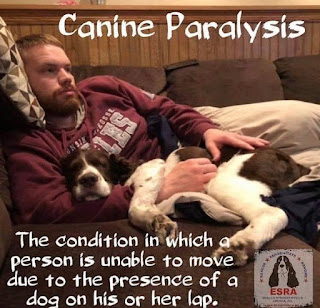 I think I mentioned this before, animals are just a small part of your life, but you are their ENTIRE life.  Their world completely revolves around you.  Same goes for kitty cats, I might add.  So yesterday, when I was still feeling really bad from the stomach cramps (possibly a very slight case of ptomaine), I finally gave in to the couch and Cooper.
Being the sweet pup he is, he washes his face for ten minutes before settling in.  I have to say, I've never seen a dog wash his face like a kitty does, but THIS dog does it every morning.  He licks his paws, then rubs his face and eyes, then licks again.  What can I say, he must think he's a kitty. 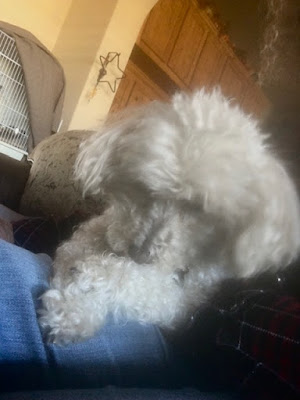 So instead of heading to the mountains, I played around with my latest toy.  I've had this small flexible tripod for some time.  It's called the Gorilla stand because it can hold the 12 pound weight of my big camera.  What I really needed it to do was hold my phone.
Yessirree I got hooked by one of those millions of Black Friday ads and picked up the attachment for a song.  I think it was $8, well spent. 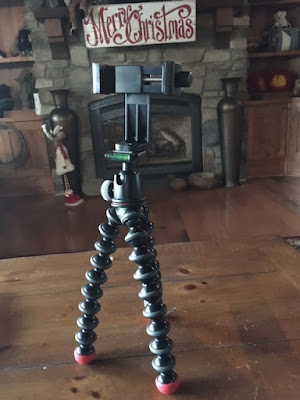 To make it better, it came with a handy dandy remote control.  Even MORE surprising, it actually works with my phone. 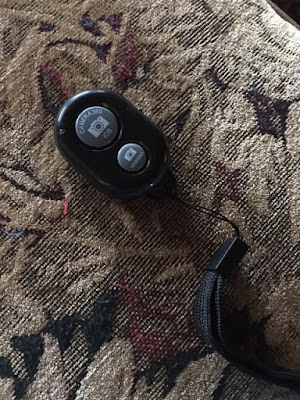 Of course my first try at taking pictures, failed miserably, probably because of the paralysis affecting me at that moment. 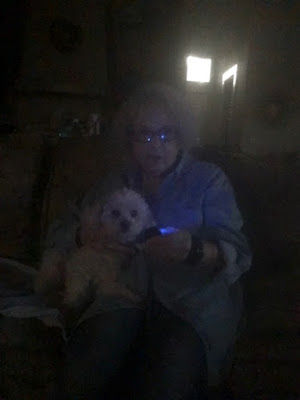 Finally, about three hours later the paralysis got up to go find his ball and I snapped a quickie photo.  No worries, sooner or later I will get the hang of it like Patsy does on her blog. 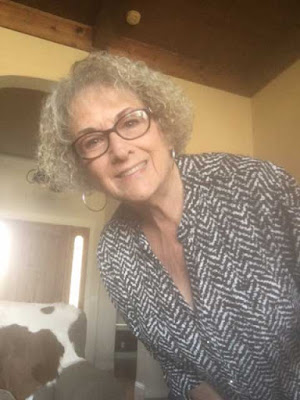 I thought about that walk I hoped would make me feel better, but no amount of cajoling myself could get me off the couch.  Instead, I finally whipped up some bird biscuits for Jonathan for our trip to Arizona.  I did a little more packing here and there, noticing how filthy dirty the rig can become even with all the doors and windows shut. 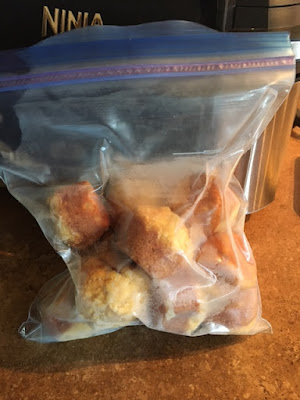 After some cleaning and vacuuming the sheets ... hey, it's better than taking them off and remaking the bed ... I lugged out the heavy bedspread I'm going to need to keep us warm.  Today I'll print out the directions for hooking up and unhooking, just to be sure I don't miss something important.
In the meantime, I discovered two things I just might need to purchase, but I'm going to ask for your opinions first.  I'll do that tomorrow, because right now I'm going back into paralysis mode.  Yes, it's a REAL thing!!