I'll do anything to stay out of the refrigerator.  That includes taking the Jeep for a bath, which I finally did yesterday.  I think it's been about six months.  I hope they don't mind all the Arizona dirt from the undercarriage.  The soaps they use can be rather entertaining. 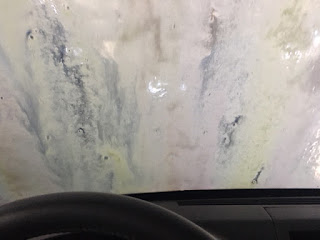 I was just hoping the brushes didn't remove something important.  In the end, I drove away from Prime Shine Express with a pretty clean vehicle, ready to off-road again. 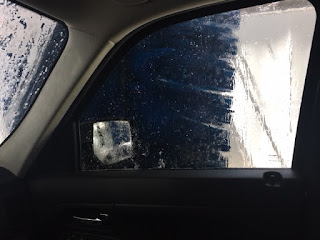 Then it was off to friend Diane's house.  She and her husband purchased a trailer similar to this one from an older gentleman who showed them absolutely nothing.  Basically, it's been a tent on wheels.  There's been no cooking, no showers or even using the bathroom.  Like most, it is good for storing clothes and sleeping in. 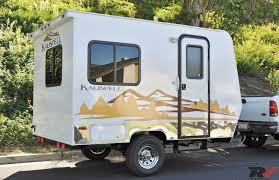 Unfortunately, her husband recently passed away and she wanted to be able to use it as intended.  She has absolutely no experience at all ..... none!!  So first off, I showed her the most important feature ... the bathroom.  I explained all about keeping water in the bowl and how to flush it.

Next was how to hook up the water hose to either a tank or as a city connection.  She had no clue.  Yes Diane, you DO have a tank that you can fill with water and use along the way.  From the size of this bathroom shown here, I doubt there will much shower taking. 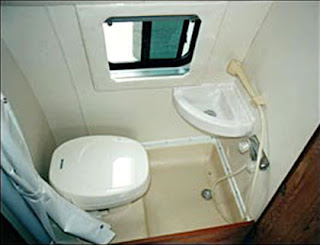 Funny thing though, I couldn't find the water tank.  At long last I suggested we tear the bed apart.  Sure enough, underneath was her fresh water tank.  We hooked up the hose after I explained all about sanitizing the tank.  I made sure she took copious notes on her phone.

Uh oh ... all the water that went in, came right back out.  The old guy had left the tank valve open.  More scrounging around until we found the shut off valve.

Lastly, and most importantly, we discussed dumping both the black and grey tanks.  I think the black tank is maybe 20 gallons.  I was a little afraid to unscrew the cap because the valve was stuck in the open position.  Before I could do that, water began dripping from around the valve where I had flushed the toilet to see if THAT worked.

Finally, I held my nose and released the cap.  Just a little water escaped.  That's great, but the stuck open valve needs to be the first repair done, and done immediately.  More note taking.

At long last, I think she has a grasp on the operation.  Not really, but she will learn by mistake.  If you see a grey pickup truck pulling a small white trailer, run the other way.  She has never pulled anything in her life, let alone driven a pickup truck.

This morning I'm headed off into the wild blue yonder, praying and PRAYING the snow coming yesterday has stopped.