A full tank of fuel as you head DOWNHILL to lower altitudes and NO SNOW!!  I was SO relieved. 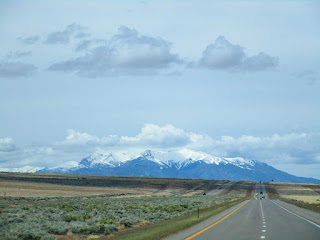 Happiness is NOT being almost sideswiped by this idiot who forgot "things are closer than they appear" in the mirror and almost clipped me when he turned back into my lane.  Had I not swerved and slammed on the brakes, he would have hit me. 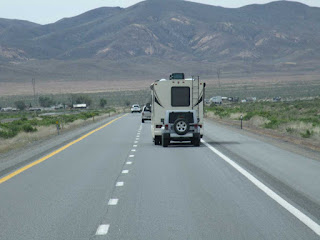 Happiness is NOT is finding your phone company turned off your cellular service because you have been roaming the entire time you were in Utah.  Why?  Because there are no AT&T towers there.  Too bad that tree wasn't a tower!!

They decided I was using the map and weather guesser apps too much.  They turned off my entire internet service.  Nancy was not a happy camper.  Do I not have unlimited everything with my 20 year old account?

I called, to find out they turned it off at noon yesterday, only to turn it back on at midnight.  I really tried to be nice, I just wasn't very good at it because Jose (his real name) kept saying he would check on the charges I was going to get for being out of the country.  I tried to explain I was only in Utah, but he didn't get it.  Supervisor please!!

Also, NOT happiness is getting lost trying to find the quilt shop in Sparks because your phone map app won't work.  No internet.  I finally had to return to the rig (considering myself extremely lucky I found it), hooked up my MiFi and wrote down the directions.

HAPPINESS IS FINDING THE QUILT SHOP!!!!! 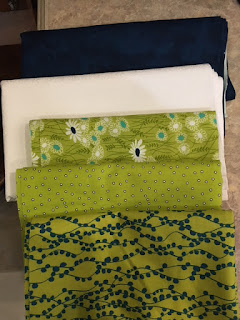 So here I am parked in Sparks Nevada with a four day reservation.  It's looking good for a Friday take-off.   It happens to be snowing as I type. 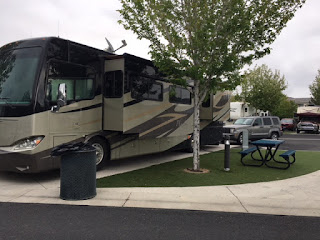 REAL happiness is ice cream and cake.  Instead I decided I would eat out one last time and have a great BBQ dinner.  BJ's down on Victoria Lane came to mind.  Oh my goodness it smelled SO good!!  I stood at the check-in table for five minutes while waitresses and employees passed me by.

Finally, I ran one down and asked for a menu so I could place a to-go order.  She threw one on the table next to me.  As I perused the menu, it was made known that I was completely in their path as they bumped me a couple times walking by.  Unfortunately there was no place else to stand.  That waitress would have gotten a big tip.  I tossed the menu back on the counter and said thank you as I walked out.

I settled for KFC chicken tenders.  I only took one bite of the potatoes, which I thought was going to be cole slaw, but I drank the entire cup of Pepsi.  The heck with the diet!!! 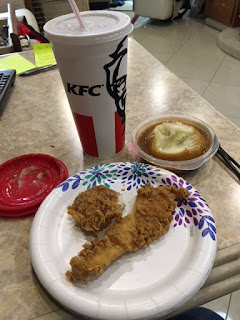 So it's a waiting game.  My phone is back on and I'm using it like crazy.  Now I know just how addicted to convenience I am.  It doesn't tell me if I'm roaming or not, but I don't care.  I only want to get over Donner Pass with no snow.  Wish me luck!!

In the meantime, maybe I can locate another quilt store now that I have my phone back!!!!  Ahhhh Happiness!!!