Take A Ride On A Steam Train

The Nevada Northern Railroad was built around 1902 to help exploit the potential of the copper mines in this area.  It ran continuously until the mid 1980's.  Thirty trains loaded with ore passed by this depot twice a day, not including passenger or supply trains.  That was a LOT of traffic. 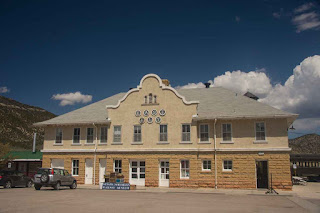 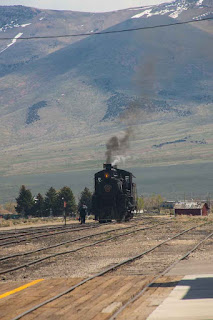 In the 1920's and 30's, it became part of the Kennecott Copper Corporation.  All aboard!!!!  The train is about to leave the station. 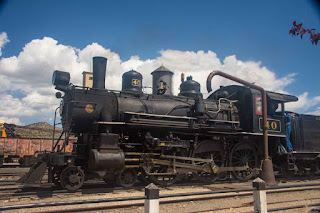 But wait ... the Golden Spike Group needs to have their picture taken.  I think we have 30 rigs here, with five more coming in the next couple of days.  Yes, it IS like herding cats!! 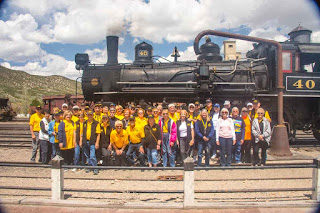 And we are off ... to the lumbering, chugging sounds of a steam engine and the beautiful sound of her whistle. 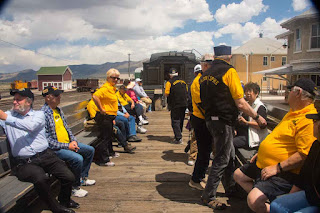 When the company shut down in the 80's, the Railroad just wanted to leave.  The city however, required they clean up every bit of coal, oil and grease.  That would cost millions.  Instead, a series of donations were set up from the Kennecott Corporation to the East Ely White Pine Historical Railroad Foundation.

These ore cars were part of the donation.  They were in constant use from the early 1900's until it closed down.  The railroad said there was no reason to built newer, bigger or better cars, because they didn't get any better than these. 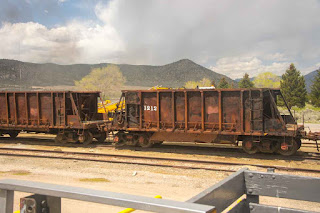 Heading off towards Robinson Canyon where the Liberty Pit mine lives. 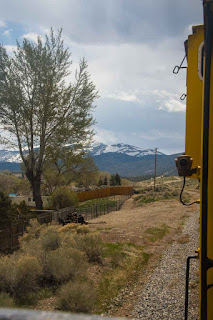 Take a deep breath ... or you won't be able to breathe by the time you reach the other end.   There's nothing like being pulled through a tunnel by a steam engine. 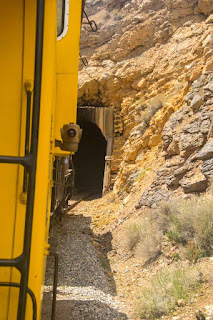 Along the way are remnants of old mining towns.  Some were homes, some were saloons and some were .... well you know, something about the ladies. 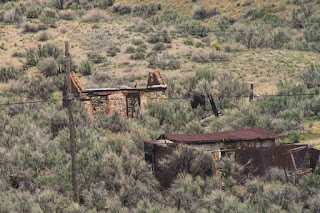 This is a small part of the Liberty Pit copper mine.  They began digging in 1908 and continued basically until 2016, although there was a time in between when it was shut down.  It's a mind boggling 1.1 miles long, 1.4 miles wide and over 900 feet deep. 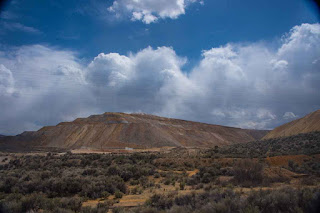 Just in case you were wondering, there is no horse stealing allowed. 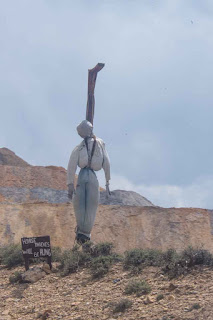 After visiting the mine, we backed up on a huge Y for the return trip to town.  Not truly a cemetery, although I think they said there is a cow buried here, this is for the enjoyment of the train riders during the summer.  After all, what would a steam train ride be without a holdup. 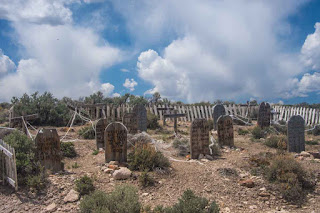 Our Engineer checking out the scenery. 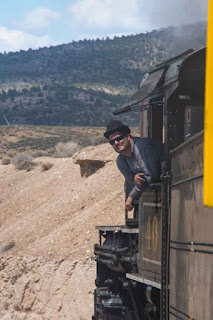 Even more old cabins dot the hillside.  I think I could live here. 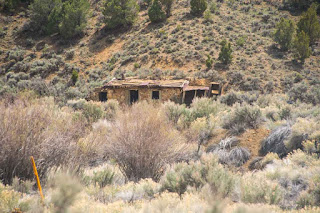 And I think THIS could be the quilt store of my dreams!!! 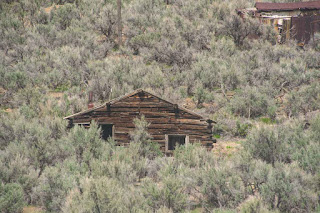 As you travel along the tracks, there is evidence of mining everywhere.  It looks like someone did a lot of digging on this one. 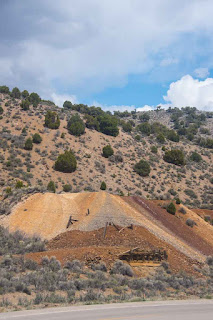 Finally back at the station, he blew off a little steam before unloading the group.  Check out that lovely rain cloud!!! 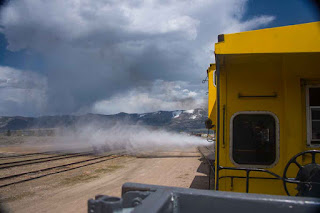 Oh ... I'm sorry ... did I forget to mention this is a COAL fired engine?  That means as you chug up the mountainside, pieces of coal rain down upon your head.  Not just a few pieces ... this was only after the first three minutes. 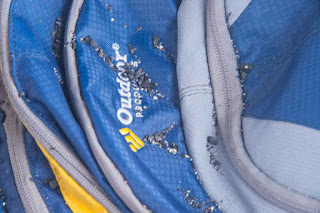 It didn't matter one bit.  I wasn't going inside when I could sit in the open car and listen to the music of the engine.  I'll probably be picking it out of my hair and clothes for days.

Dinner was at the All Aboard Cafe, where they closed down the entire place just to serve dinner to 50 of our group.  It was a tight fit, but we all made it inside.  I've got a few more images, but it was time to head out on the long road to Ogden.