More On The Train Robbery

I'm sitting this morning contemplating my sore calves with my coffee.  Here's the coffee cup you get when you're caught robbing the train.  It's from the Missouri State Penitentiary I visited a few years ago.  As a VISITOR, not an INMATE! 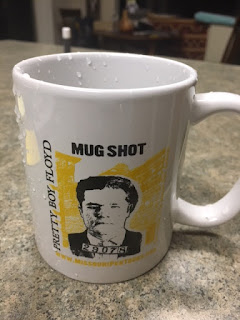 Maybe it's a good thing we couldn't catch up to the speeding train, although I'm pretty sure back in the day, it wouldn't have been going quite as fast. 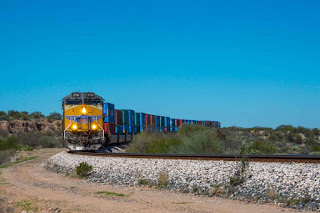 We hot-footed it to a turnout on the road to be far away from the train when it went by.  He honked at us ... not once but about six times as he lumbered by and I snapped away. 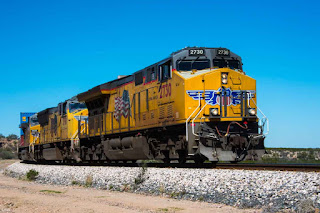 Again with the graffiti.  Some people just have WAY too much time on their hands. 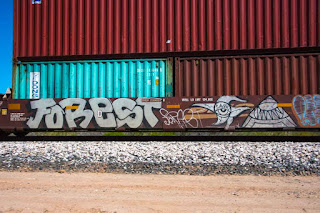 And yes, their minds are warped when they deface such a beautiful little dam in the middle of nowhere Arizona.  Paint the trains all you want, just leave nature alone. 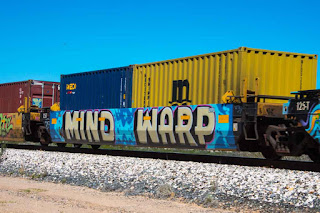 Further up we did find a few flowers blooming along the tracks. 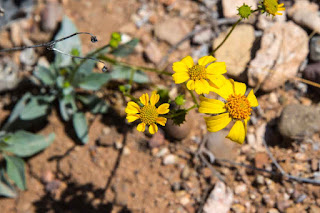 Even poppies!  I thought they were all in California, but here in the desert on the side of the railroad tracks were a small group of beautiful orange flowers. 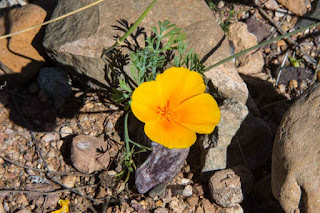 When we got to the creek, I was fascinated by these bulls-eye like algae somethings growing on the bottom.  Has anyone seen this before?  Do you know what it is?  There were hundreds of them along the bottom.  Definitely a new sight for me. 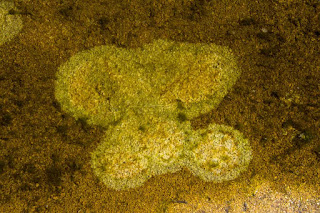 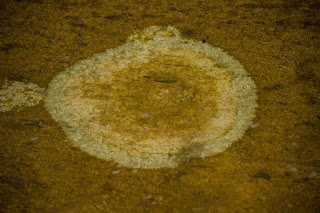 On the walk home, dreaming of cowboys robbing trains and riding off into the sunset with all of the gold, I wondered aloud if there were any spikes left from the old tracks that went through here.  Of course, Dan said, so I made my way up the rock base to the top and walked along the rails.

Holler if a train comes, I said.  Sure enough, I found one.  Then two.  If that wasn't enough, I found three, four and five.  I ended up with SEVEN.  Two look very old and two I'm sure were never used.  They have some kind of stamp on the top with letters and a number I can't quite read. 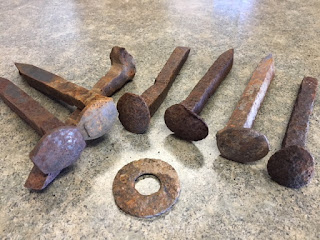 That might have been a mistake.  By then I think my backpack weighed in at around 30 pounds, including my camera.  That last half a mile turned into a really long hike.

Unfortunately, Tom Selleck never road by on his white horse to whisk me away to his log cabin.  I'm giving him another shot as I check out a local ghost town.