Confession Is Good For The Soul ....

That old adage has been around ever since I was a kid ... confession is good for the soul ... I suppose that means you sleep easier with no secrets to keep you awake at night.  I've already confessed I'm a Fabricaholic, so it's no surprise that I went to one of my favorite stores ... Bearly Quilting in Sonora California.  They have a gentleman there who does all of their long arm quilting ... and boy is he good!!  I guess it takes a man to know equipment ... and Larry knows his long arm like the back of his hand!!  That's why I took this huge queen-size to him for quilting.  Hopefully it will be completed before I leave in June because it's going on the bed in my rig. 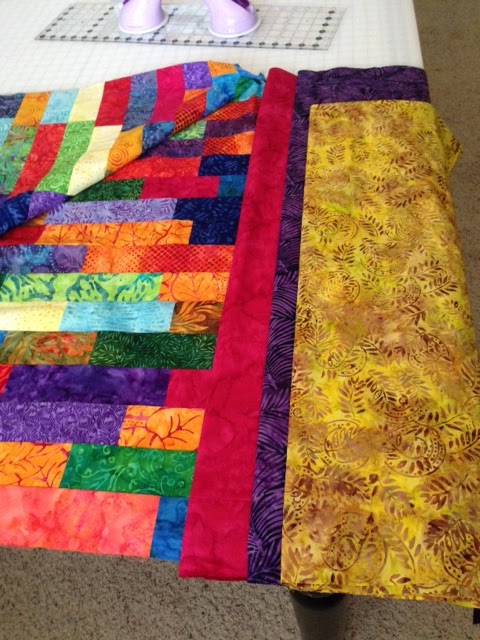 Now comes the confession part ... I wasn't in the store two minutes before seeing these amazing colors.  I walked around .... and walked around ... waiting for the BUY ME voices to subside, but they never did.  My guest room ... better known as Patty Chance's room, or the grey room, will look lovely with this addition.  There's Martha Stewart talking again!! 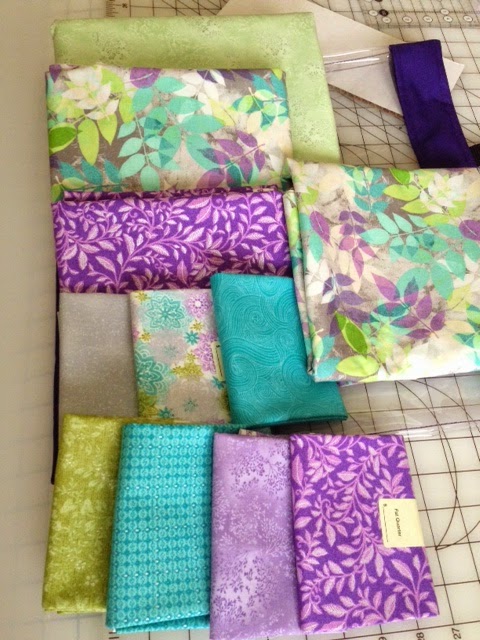 By now it's lunch time and I'm hungry ... no surprise.  Taco Bell is just across the street ... do you see another confession on the horizon??  WOW ... when did their menu change so drastically??  It all looked amazing ... and in a fit of "I'm Starving", I gave in to the crispy chicken quesadilla, smothered in cheese .... OH ... and how about some of those Cinnabon things??  Just the four pack!!

Mmmmmmmm ...... yup I ate every bit of it!!!  Sometimes you just have to give in and confess later!!  While eating, I kept looking in the bag for the cream cheese frosting to dip the cinnabons in, but it was nowhere to be found.  DARN!!!  It was then that the MAGIC happened!!  I took my first bite of that oooey gooey, greasy, cinnamony, soft pillowy, send-you-to-heaven ball of deliciousness and out ran the frosting from the middle!!!  Okay, I confess, I ate every one in about five seconds!!  I think I see Taco Bell in my future!!

Since I'm on a confession roll, my good friend from high school Lynn, who reads my blog, happened to mention something about parties at the ranch ... you know, in the ice age days of being a Senior, or maybe we were Juniors.  I think we were 16 or 17 when I got my first car, which prompted a trip to Disneyland and a stay at Motel 6 ... when it actually only cost $6.00!!  We were pretty adventurous!

Castle Air Force Base was still in full swing, with B-52's flying overhead every day, when we met Lynn's boyfriend, a servicemen, and his buddy.   On a whim, we drove to the Santa Cruz Boardwalk.  I'll confess, that was a bad idea from the start!  Parked on the edge of the beach (you could do that in the old days) Lynn and her friend went closer to the water, while I stayed in the car and talked.  Honestly, that's all I did ... when lo and behold the POLICE drove up.  YIKES!!!  We weren't doing anything ... not even drinking the beer in the trunk ... at least I wasn't!!!  That stuff tastes nasty!!

Here's the thing about Santa Cruz ... they had what was called a CURFEW.  What the heck is THAT??  Lynn and I found out as they loaded us into the back seat of the police car and drove us to the station for booking, and then to the Juvenile Detention Center!!  At 3:00 am we got a cold shower and Lynn's parents got a phone call.  My parents were out of town, which left my 21-yr old brother who had just gotten his hand radiator-cap scalded at the gas station where he worked.  Someone over 21, preferably our parents, had to drive to Santa Cruz and pick us up!!  Man, oh man, oh man am I in trouble!!!

In the end, Lynn's parents broke us out of jail and never let us forget it, as her step-dad sang "flying over the prison walls" all the way home and every time I saw him after that!!!  There ... I confessed!!! I was a juvenile delinquent!!  We all got a big laugh out of it years later, but standing on the bed trying to talk to each other through the bars wasn't an experience I wanted to repeat ... the cold oatmeal and burnt toast just didn't do it for me either!!

Come to think of it, Cinnabons would do wonders towards easing the pain of THAT confession!!  Which leads to another confession ..... and another ....... oh well, life's too short to worry about the little things!!!