A Day In The Gutter!!

It's a new dawn ... it's a new day ... and I still have that "problem" in my back yard.  If the roofers didn't fix it, and MY repair didn't fix the problem, I don't hold out much hope that this IS fixable without a lot of green dollar bills being thrown around.  Between the ranch and the IRS, I'm shortening my diesel-fuel-RV-driving time considerably!!!

It's time to put on my thinking cap, drag out the ladder and find a solution.  The first big problem encountered is that all my gutters are twelve feet high, with my ladder being a measly TEN foot tall.  With several RV acquaintances having recent ladder accidents ranging from a shattered heal to concussions, I'm going to be MORE than safety conscious. 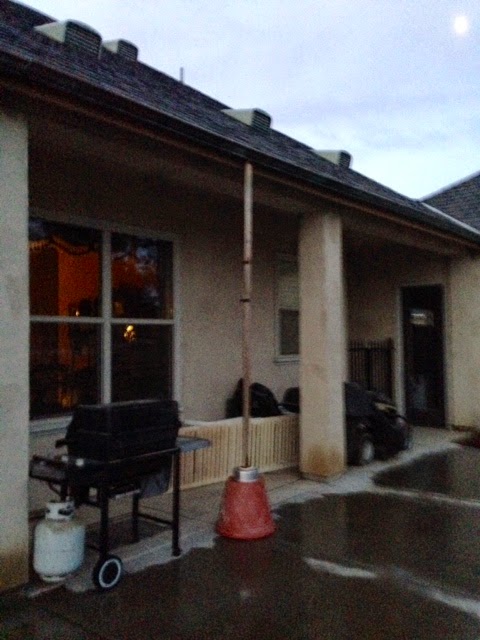 I seriously didn't think the gutters needed cleaning.  After all, I'm not near ANY trees where debris might clog things up, but I grabbed my trusty little garden spade and headed up the ladder.  Perched on the next to the last step, I peered into the gutter to see lots of water.  Yup ... I expected that!!  I could also see that the gutter was completely out from under the roof tiles and several screws were loose.

There was no way that much water was going to run uphill, so down the ladder (DTL), I grabbed two more wine coasters and forced it up another inch.  Back up the ladder (UTL) ... nothing.  It was THEN I made the discovery!!!  There's at least two inches of mud in the bottom, the entire length of the gutter.  No wonder it's pulling away and about to fall off completely!!!  WHAT??  How could THAT be???  They were just cleaned two years ago ... or maybe it was four, but who's counting!!  The good news is that my repair of last year on the left side was holding nicely.  It was the OTHER side of the gutter that was in trouble. 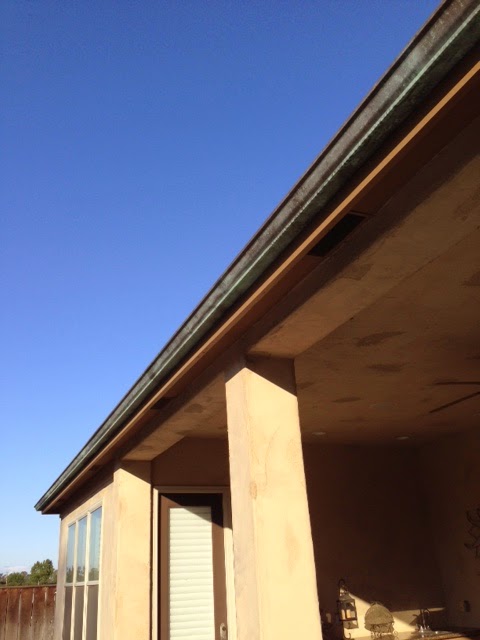 DTL I find a big bucket, drag it UTL and start to clean out the gunk with my little spade.  As you can imagine, 25 more up and down the ladders, I finished one side.  UGH!!  This is going to take for...EVER!!  Believe it or not, I filled that 3 gallon bucket to the brim, almost broke my finger trying to dump it in the back yard before getting the hose hooked up to a sprayer and heading BACK UTL to wash out the remaining topsoil!!  With all that weight gone, the water actually flowed .... at least better than before.

By now my arms and legs are like jello, but I have one more side drain to clean.  This is the nastiest muckiest stuff!!!  Well except for that one dead bird who was clogging the downspout that I crammed down with a coat hangar!!  At this point I didn't have the bucket, so I threw the gunk on the lawn.  That was a big mistake on my part ... Cooper ran right under me about the time I threw the biggest handful.  There was so much that the trusty spade wasn't as trusty as my hand. 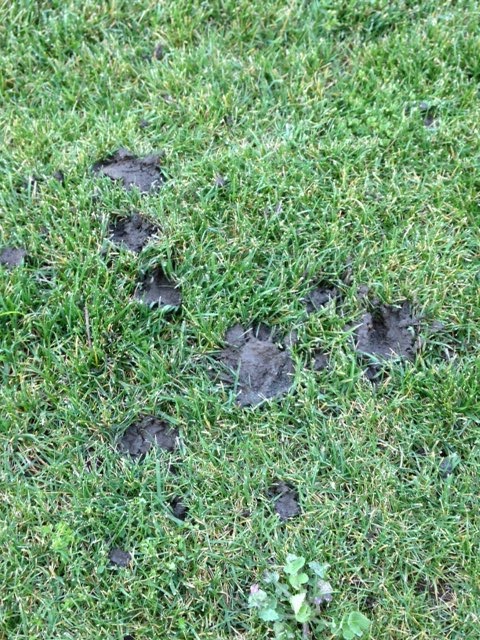 Cooper thought that huge splat of nasty gunk on his back meant we were playing ... what a mess!  He played himself right into bath-time ... his least favorite sport.  It took three shampoos to get the black goo out of his coat.  I wasn't in much better shape ... good thing I didn't need those old tennis shoes as I dropped them in the garbage can!! 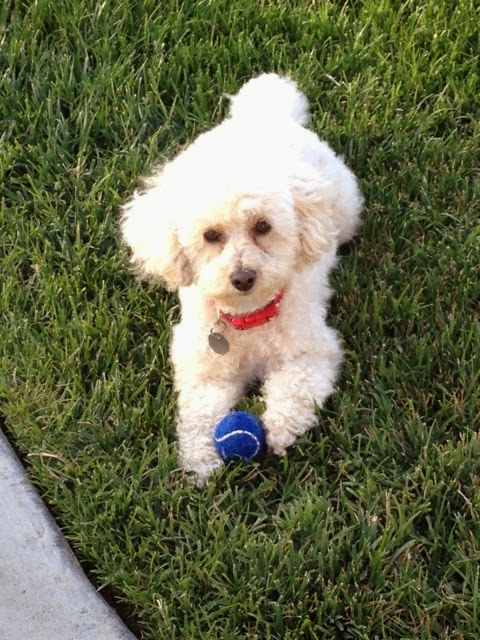 Before the Oh-My-What-Did-I-Do kicked in, I made a quick trip to Home Depot for some filler plants to replace those that have passed on to the garden in the sky.  Rosemary and lavender should do well on little water. 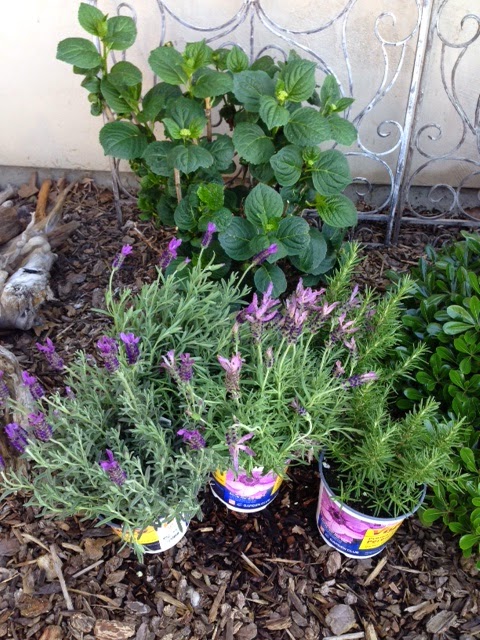 At this point half the house gutters are clean.  I still have to crawl up the ladder with my drill and some screws to try and raise it enough that water flows the correct direction.  Not that I expect it to rain again any time soon ... but I will again go UTL and DTL until all the gutters are working correctly.  But first, I have to hit the drugstore and stock up on ADVIL!!!

Posted by Nancy Kissack at 7:23 AM