Remember that kids game Simon Sez?  I play it all the time at the Pumpkin Patch with the kids.  They are always asking if the dinosaurs are real because they don't move.  That's because the T-Rex's name is Simon ... and when he sees the tractor coming, he says SIMON SEZ FREEZE!!  And all the dinosaurs freeze in place as you drive by.  Yes I finally do admit they are not real, but it's fun to see the expressions on their faces. 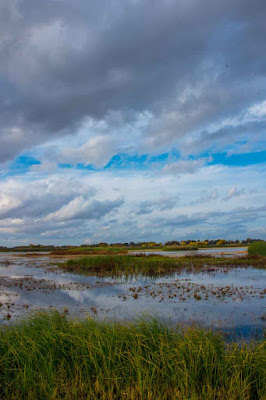 The game is played for REAL by the hundreds of ground squirrels on the property.  Every year when it rains, they throw seed out and let it grow to provide food for the birds.  These guys take full advantage eating up every little bit of green that grows.

When you drive or walk by, they play the game.  FREEZE!  I mean to tell you they don't even blink or twitch an ear and they really are hard to see.  Later in the day they will all run down the nearest hole (usually not more than three feet away) to escape whatever might want THEM for dinner. 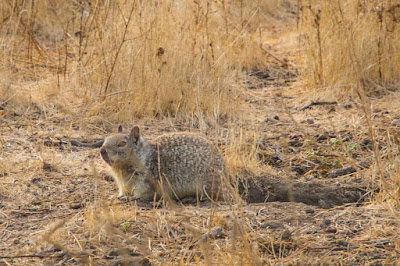 Half of the refuge is built like huge rice patties, with levies surrounding each section so it holds water.  Each section runs into the next, so turning on the water at the top fills the entire refuge.  Rarely do you see hawks, but here's a beauty.  I'm guessing it's a red-tailed hawk looking for one of those squirrels.

There were two actually, one actively hunting in the grass below and this one, probably the girlfriend, just waiting for dinner to be served. 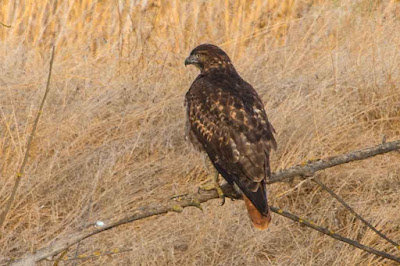 Surrounding the entire refuge is more pasture land, food for the blue herons who are not water birds.  To see this entire area covered with grey birds 2-3 feet tall is pretty impressive ... and stinky.  There's no fertilizer required.  At the end of the year, they graze cattle until the grass is again short so it will grow for next season. 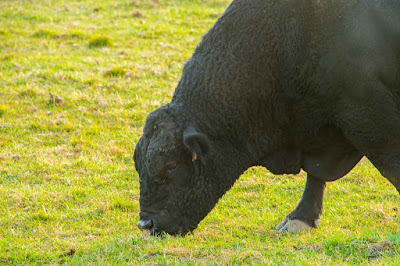 Mom wasn't all that happy that her wayward kids were slipping underneath the fence and running off.  FREE!!  WE'RE FREE!!!  She was telling them to get their butts back inside the fence. 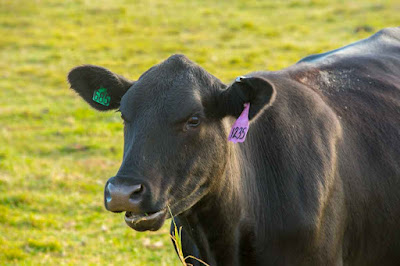 This is also supposed to be a refuge for Tule Elk, critters that have roamed this valley for ages.  Alas, I've never in my 70+ years ever SEEN a Tule Elk, nor did my Dad, but they advertise them at this refuge.  There is supposed to be 10,262 acres here, but you only have driving access to about 300 acres.  Maybe one day I'll drive around the outside and see if I can find those elk. 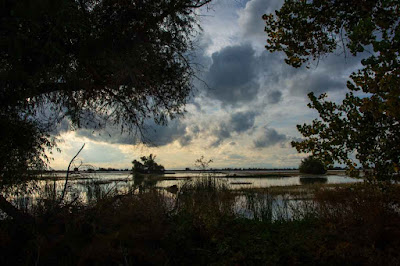 I'll check back in a couple weeks to see if the geese have shown up yet.  They usually arrive around Thanksgiving.  If they don't hurry up, there won't be any dinner left. 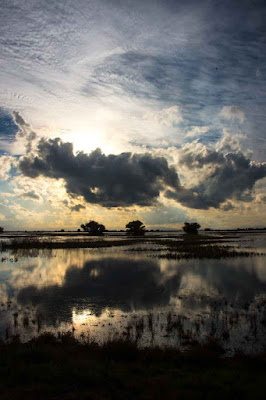 On to my next problem ... upgrading my phone.  I spent an hour on the phone yesterday with Apple who now says my phone can be upgraded.  However, it takes a dsl line to do so ... my crappy little WiFi isn't working fast enough.

I tried to get an appointment with the store nearby, but I can only do that with an upgraded phone.  ????  I can't upgrade without a better signal.  I called three times, but kept getting the same guy who had no answer.  My alternative at this point is either sit in my truck underneath a tower, hoping it works, or crash the Apple Store demanding service.

But first ... let's check out the critter cam for tomorrow!!

Posted by Nancy Kissack at 4:58 AM