Apparently (at least so far) there were only TWO skunks inhabiting my back yard.  I'm sure Big Mama was the one doing all the damage ... or maybe it was Big Pappa.  There was not only nothing in the trap, but nothing on the video camera.

This time there were 25 videos of zero.  Not even a bug flying in front of the camera.  So why, since it has a motion sensor, did it even turn on?  Three videos, all at different times, looked like this image.  Completely blurry with no movement whatsoever.  It's VERY weird.  I checked all of the videos this time and saw not a single movement of any kind.  It's a ghosty, I'm sure.  Maybe a Skunk Spirit. 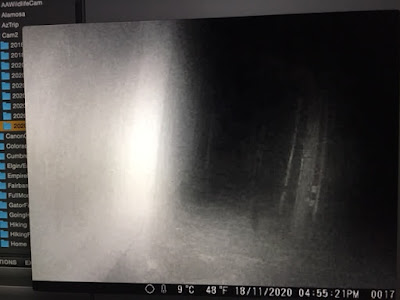 To go along with that, I think the kitty cats and the civy cats must have been BFF's.  I have not caught one single kitty on video since the last stinker was removed.  I even put out their favorite stinky tuna.  Nothing.  All the food is still there, not having even been touched.  It's VERY weird.

Now I'm bored.  With no excitement going on, I decided to whip up a pecan pie.  Easy peasy these pies, especially when you have a Marie Callendar frozen pie shell.  Doesn't it look beautiful?  And yummy?

Well it did until I cut into it and discovered the entire filling didn't set up.  I've been making these pies for 50 years and I've NEVER had one do that.  It was like pie crust in syrup.  I put it in the freezer to firm up.  Even that didn't help ... the center is now sticky, gooey and runny!  It's VERY weird.  Ladies and Gents, what did I do wrong? 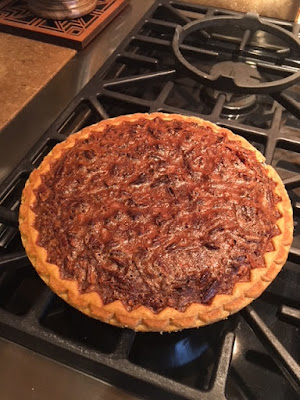 The next Every Plate dinner I whipped up was the exact same recipe as the one before.  That's very weird too.  Although I do like fried food, this one had everything being fried.  That's a little too much grease for me.  It was okay, but I probably won't make this one again. 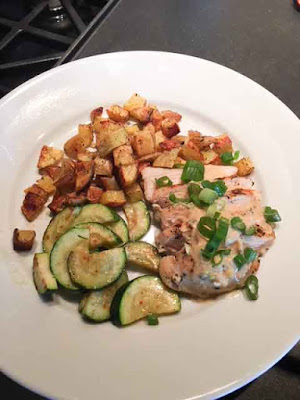 Time for a little walk to work off that spoon pie I ate.  Wasn't I surprised to find this!  Apparently they set up a kind of photo stop for Halloween, then changed it up for Thanksgiving.  I'm betting I'll see Christmas the next time I go for a walk ... yeah, I don't walk that often. 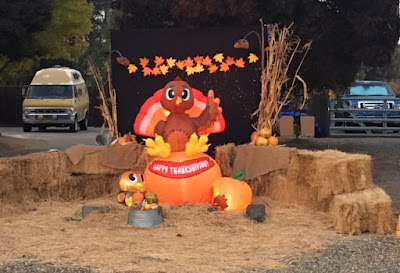 Last night I made the second dinner for this week.  That's weird, it's the EXACT SAME RECIPE for the meat I've used in 5 out of six meals.  I guess I better pay more attention to what I'm ordering.  They even had biscuits in the cutest little Pillsbury container that popped open like a pro.

At least this time I changed up the chicken for pork.  I even split it up into three meals instead of two, since that's how much food they give you ... LOTS!!  The carrots were horse sized and they gave me THREE!!  At least I'm not starving!  By the way, it's $38.99 for three meals, each for two people. 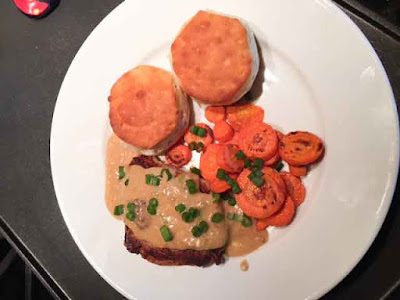 Today will probably be a good time to bring in all the chain link fencing panels, garden furniture and lounge chairs I have along the back fence.  If the skunks come back, I'll know EXACTLY what to do.  Now to check my game camera one more time.

Posted by Nancy Kissack at 4:57 AM