That's a technical term for TAKE THAT!!

It was an interesting morning when I walked outside to a cold breeze.  Ten minutes later when I let the puppies out, after scouring the entire back yard for skunks, it had begun to rain.  Pretty much the first rain of the season.  Well it's about time, Mother Nature.  It rained for three hours straight.

I wondered silently if that meant the skunks were camping out in their drain pipes for the winter. 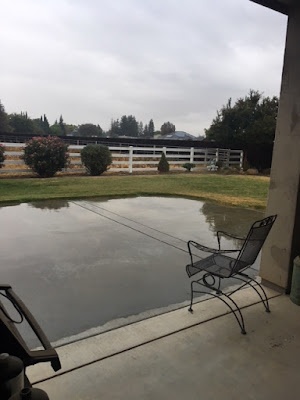 It was actually still very dark at 4:30 when I landed in the kitchen to a disaster extraordinaire.  I don't know what got into me the day before.  Probably from watching all those darn Christmas movies.  I made peppermint marshmallows.

"Leave the pan on the counter for the night" were the infamous words.  I admit, I did have a fleeting thought, but pushed it aside.  BIG mistake! 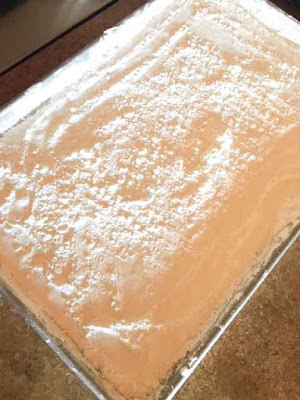 That's weird I thought ... half the marshmallows are black.  NOOOOOOOOOOO!!!  YESSSS!!  The ants had found them.  Oh good grief, or words that didn't even sound like that!  I think I invented a couple of new ones.

I took the pan outside and dumped it unceremoniously in the trash can.  DOUBLE RATS!!  I probably could have brushed them off the powdered sugar coating, but they were no longer appealing to me at all, even if you dunked them in melted chocolate, which was my plan.

Yes, at one point in my weird life, I bought chocolate candy-covered ants while in China Town, San Francisco.  I don't know what possessed me.  I never ate a single one but spent many an hour getting everyone ELSE to eat them.

My first thought was spray, which I did at the front edge of my countertop when I saw them going UNDERNEATH between the top and the cabinet, trying to escape.  Great!!  Now I have ant spray all over the front of my cabinets.

Then I thought AMDRO!!  I found they were coming up the side of the pots and pans drawer.  I sprinkled a little at the bottom.  I also sprinkled some underneath the drawer.  No worries, the puppies have no access to that area. 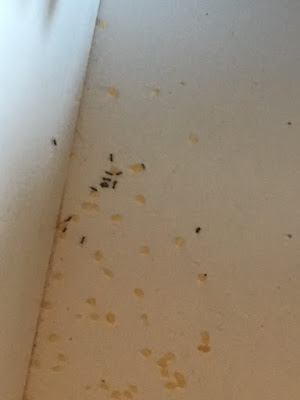 They sent out signals telling all their OTHER little friends about the mountain of food.  In no time, it was literally covered.  I could see them hauling their ill gotten treasure off.  I took one last look before hitting my bed last night and there were SO many ants, all looking like they were dead. 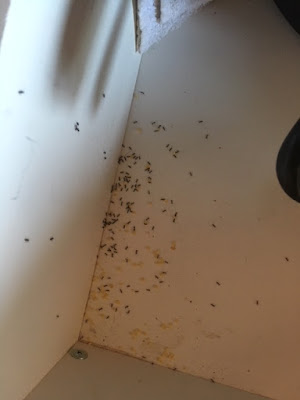 HY--YAH!!!!!  Take that my little ant friends.  This morning there wasn't an ant in sight and half the Amdro is gone.  I'm sure they thought Thanksgiving had come early.  Unfortunately for me, I now have a huge mess of ant spray and ant killer to clean up in my kitchen.

I admit, I celebrated this morning with a little coffee and a LOT of whipped cream.  I savored every minute of it, along with my VICTORY over the ants .... this time anyway. 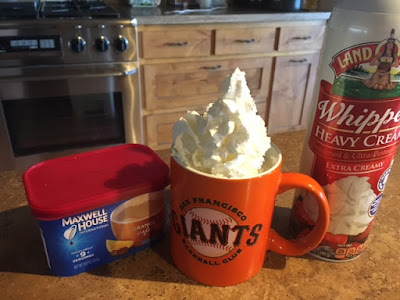 Am I going to make more marshmallows?  Silly question ... NO!!!  I've decided some of that soft peanut brittle will be my next challenge.  I may even leave some of it out on the counter, just to be sure there are no more ant friends with their relatives coming to visit.