Sometimes I just want to scream.  Often in fact, when it comes to my electronic devices.  I'm sure there is a Russian connection since I got that phone call last week.  That's right, I received a phone call from Russia.  I'm not sure if it was a threat upon my life or a Russian Prince wanting to marry me.  I'll take the latter.

I spent an hour on the phone, not with the Russian Prince, but with Apple trying to decide what to do with my computer.  Buy new or try to upgrade the old.  Apparently I CAN upgrade, but that requires an appointment at the store.  They are only making those appointments one week out and of course they are completely full.  So just how do I GET an appointment?  I call back every few hours.  Really???

The biggest problem is I do all of my banking on my computer and phone.  The banks have upgraded all their software to the latest and greatest which will now NOT work on either of my devices.  Maybe I just need to change banks.  Any any rate, I'm honing my computer skills even further. 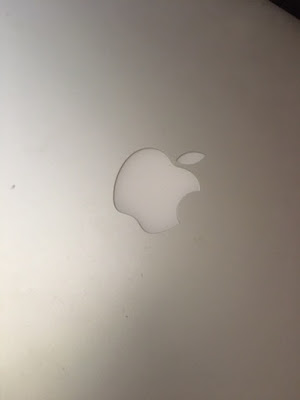 With no resolution and feeling rather down in the dumps, I thought maybe some peanut butter cookies would help.  I added peanut butter chips, just to make them better!! 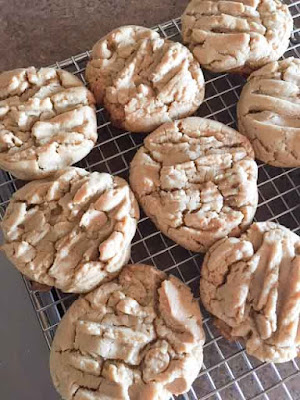 That's when I noticed THIS is my fridge.  What the heck?  Where did THAT come from?  I swear I didn't buy any cans of whipped cream, and certainly not TWO!!

Well bless my soul ... they don't expire for some time.  I guess I'll just put whipped cream on those peanut butter cookies.  Or better yet, on that pumpkin bread from the Patch, which took me to let's-make-pumpkin-pie land.  I can always use more practice eating pie! 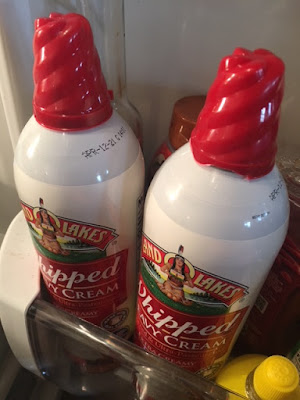 I really tried to be good and rest up by spending most of the day sewing binding on a quilt, in between throwing the ball for Cooper.  That's when I spotted this guy.  It's a sign ... I'm sure of it, but a sign for what?  This beautiful little bird, I've no idea what kind because I've never seen it before, sat on my lantern for about an hour.  He's kind of gray/bluish with a white belly.  By the pile of you-know-what, he apparently spends a lot of time on my patio. 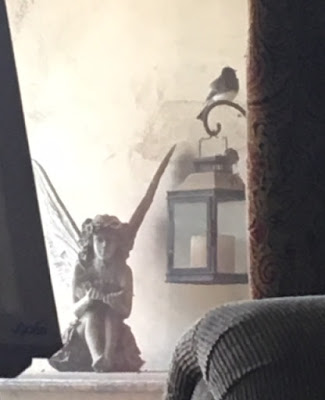 Maybe he was trying to tell me how to catch the skunk.  I'm still honing my skills, as the skunk remains allusive.  This is the hole under the gate I spotted yesterday.  I stuck the now really stinky tuna in the trap at the back end, then set the door.

This morning the trap was SPRUNG!!!  I grabbed my flashlight and laid on the ground to see what I caught through the tiny holes.  NOTHING!  RATS!!  The interesting part is the trap was pushed back far enough from the gate that I'm SURE the skunk was inside the yard.

I'm taking the advice from yesterday's blog.  I'm getting cat food and wiring the trap open for a few days.  I'm also going to put a lot of weight on the top so it can't be pushed away from the gate.  To be honest, once I saw the size of that bugger, I'm not sure he will even FIT in the trap.  I may have to buy a bigger one. 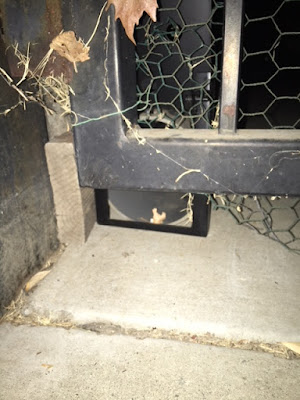 And so I continue to hone my trapping skills, of which I have zero at this point.  On the other hand, I do have one small victory in hand.  The Amdro ant block stuff finally arrived and I sprinkled it throughout my front flower beds.  The ants have disappeared, but only after biting me twice on one foot.  Boy those hurt.  This stuff is magic however!!!  Chalk one up for Nancy!!!

Posted by Nancy Kissack at 5:10 AM