I usually keep track of the days of the week, but sometimes they just seem to slip away faster than usual.  Such has been the time here in Cottonwood.  I decided to stay in all day and rest up for the trip through Phoenix, although I plan on taking the new Hwy 303 Bypass to Hwy 10, then West.

The puppies were happy to spend the day as lap dogs as I chased Cooper's ball around the rig.  It's a good thing no one was watching, they would have gotten a big laugh!!  There wasn't much on TV, so a marathon of Swamp People catching alligators at least had some catchy music to listen to!!

In between snacking and playing, I stitched up another pair of potholders.  Put on your sun glasses ... you won't lose these in your kitchen!!  They still require binding, but I ran out of time and material. 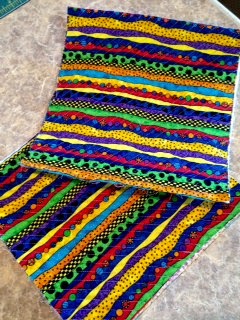 Here's another great find that I forgot to show.  This is an Apache pine needle pot hanging on the wall, woven by the Tarahumara Indians, native people of Northwest Mexico.  This shelf also holds an Acoma pot I found in New Mexico and a horsehair vase from Missouri. 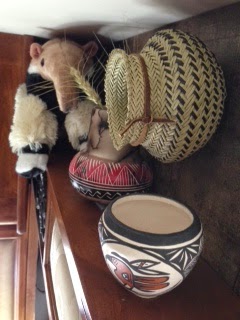 Just so everyone doesn't think I'm THAT terribly wasteful, I DID salvage the bread pudding and make more sauce.  This time it came out perfectly, so the bread pudding was resurrected, enjoyed and has since disappeared!!

Cottonwood gave me a small sunset as a sendoff last night.  It's been a wonderful two weeks, but the Tax Man is calling, as is my Dentist, so it's time to return to smoggy California for a few weeks.  What a downer!! 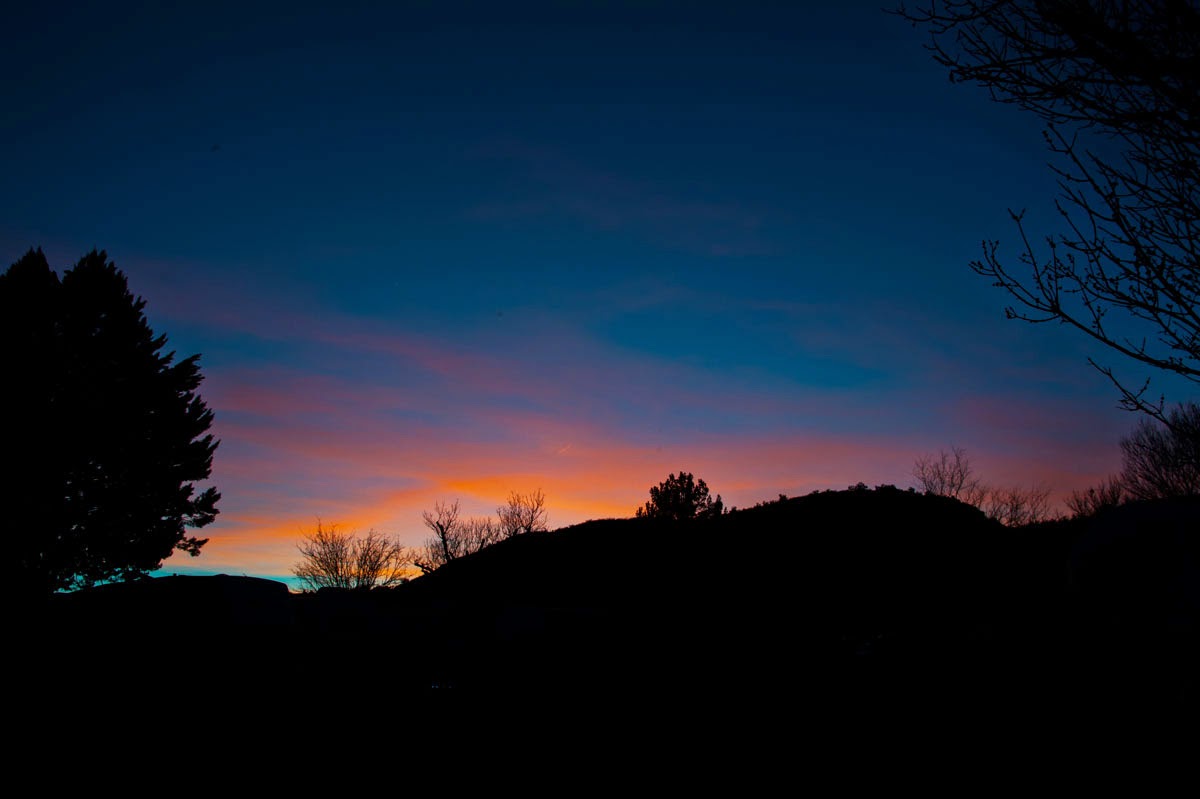 I hope to hire someone to get the ranch cleaned up so we can get it on the market.  At the end of April is a Golden Spike Rally in Tehachapi, and since I'm that close, I may as well head back to Arizona while I wait for the snow to subside in the Oregon-Washington area that I have my eye on.  Funny ... this is the first time I haven't had a definite destination in mind and it's making me crazy!!  I'm not particularly fond of jello plans.  At any rate, it's time to get packing!!!