This post is pretty late this morning ... not because I wasn't up early ... you know my puppies wouldn't let THAT happen!!   Google seems to be having a BAD stomach ache this morning.  Neither of my computers could find the server and when it finally did, nothing would load ... not even the blogs I read.  Other sites seemed to open just fine!  It's taken over an hour to get this screen up, not that I have a lot to write about!!

I made it to my Investment Advisor's meeting to hear some good news ... sort of good news anyway.  I'm pretty conservative in that department, which doesn't make him or me much money, but things are looking up in the next few months.  Remember when you got 11% interest on your little old bank account??  I certainly do ... I made so much money on my bank account I ended up in a higher tax bracket!!  It's sad to see how the world has gone downhill to a point where I'm sure it will never get back up on it's feet.  Maybe we simply never knew how bad it was back then due to lack of social media ... the internet and Facebook that is.

Speaking of social media, the talk of the day was the pictures of this dress.  They showed one picture which you were supposed to look at and determine the colors.  Now really, don't you think they might look different on different phones ... in different light ... or maybe they even set the image up to change every few seconds??  None of the above ... people went crazy over the colors!!  Photographers picked up on it quickly ... it's what they deal with every day ... white balance.  In other words, making the colors in the image look like they did in real life. 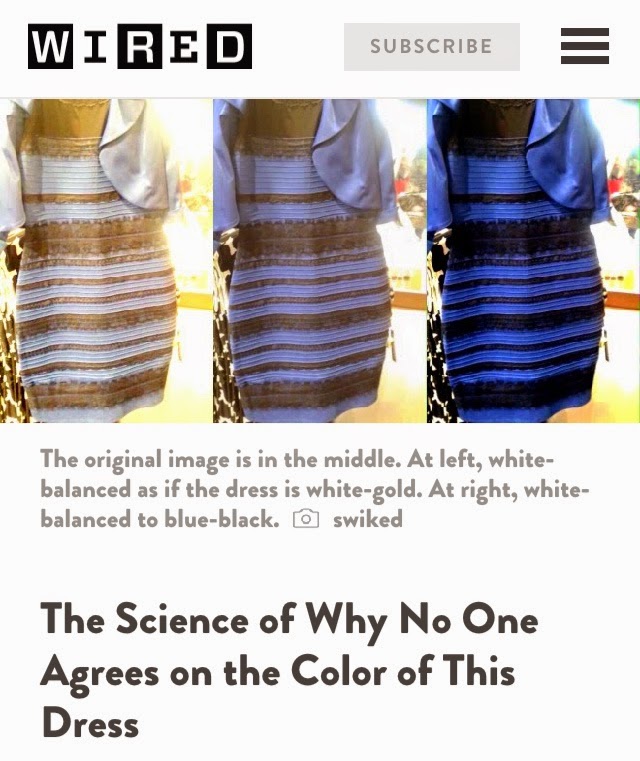 With that world crisis solved, I went off to meet my Tax Man.  Having been home only a few days, I worked feverishly to open all those hundreds of letters that had been thrown in a box for me since the end of December.  I really felt overwhelmed, even though this is what I did for a living!!  I threw everything together at the last minute and rushed out the door, hoping I didn't forget anything BIG.  I can't believe I got it right and should actually get a refund after he does his magic, since I had so many ranch rental expenses this year.  THAT was good news!