It's going to take some time to sort things out (new operating system and all my preferences are gone), but at least for now, I can upload pictures for the blog.  No more trying to type on my phone!!  This is what I drove home in last week.  Bakersfield was sunny and beautiful, so I thought I had dodged the bullet ... Sanger thought differently!! 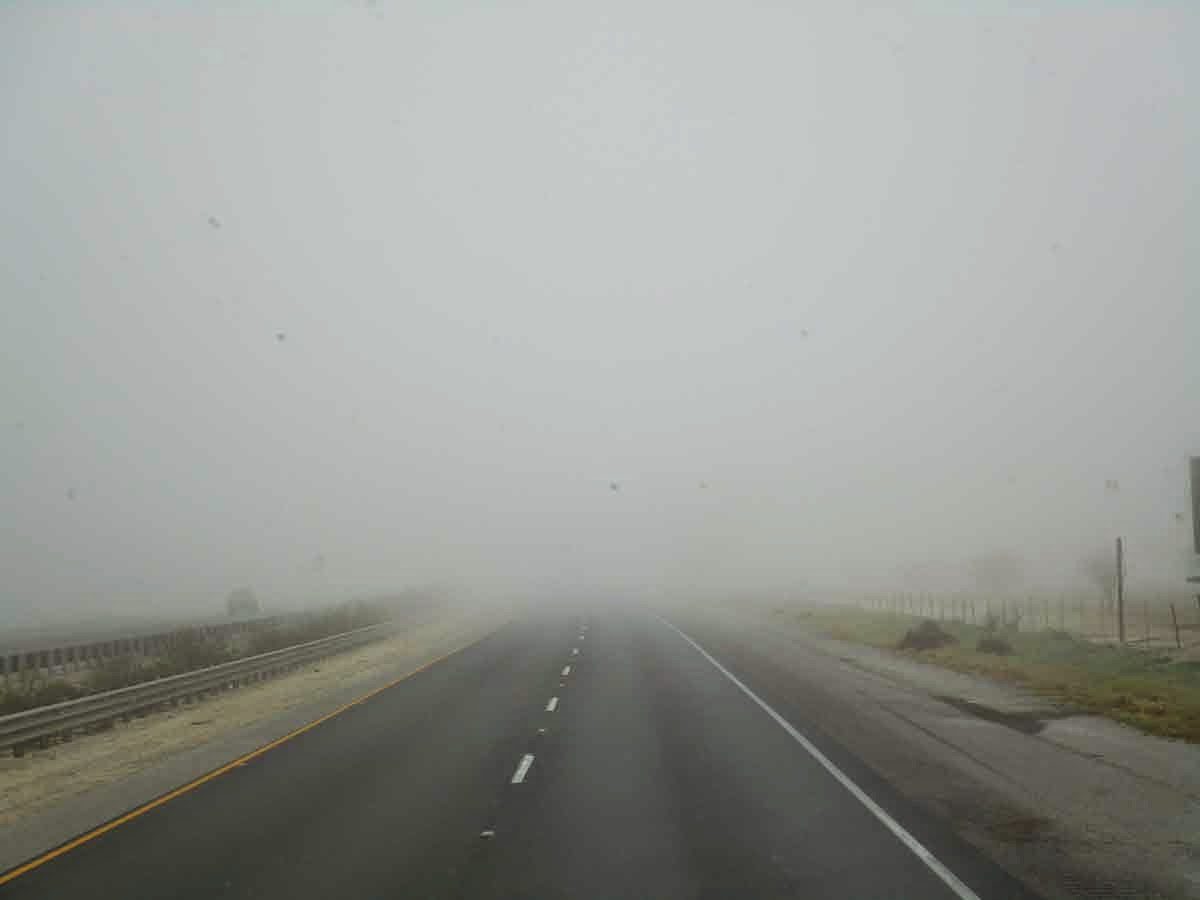 This was the accident I passed on Friday heading North on Hwy 99.  On THIS day there was NO fog ... only fast speeds!!  This doesn't show the six vehicles parked on the shoulder on the fast lane side going MY direction!! 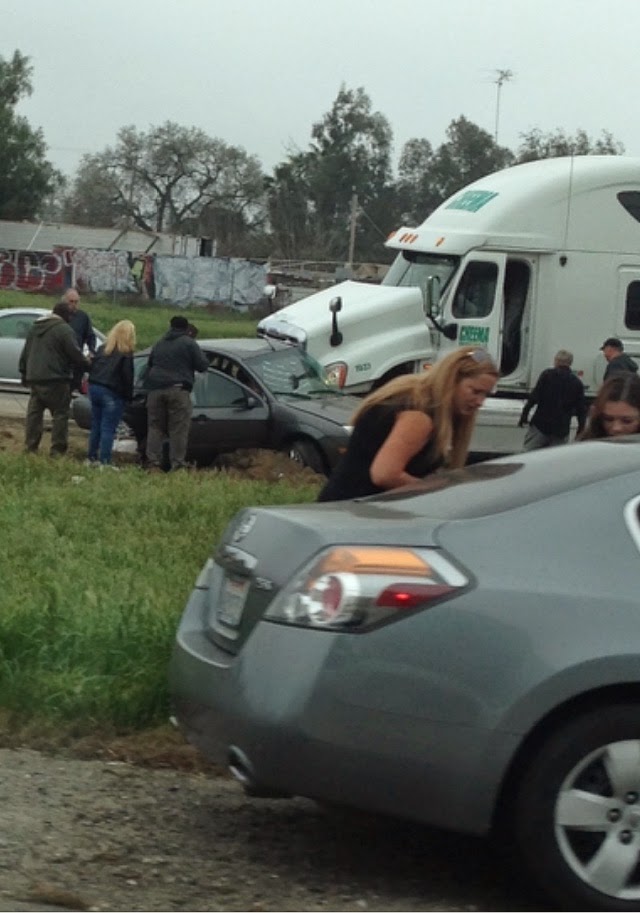 I spent the ENTIRE day yesterday at the Apple Store ... did I expect anything less??  Yup I did ... I actually thought I would be in and out in a matter of minutes.   Apparently there was another problem that reared it's ugly head ... a "stick of ram" (memory in human terms) died a horrible death.  That meant it had to be replaced before the backup data could be reloaded to the computer.  I have now become personally acquainted with six of the eight people working there!!  Three asked if they could be my assistants and travel with me!!

The final outcome ... my old computer works fine AND I have a new computer with triple the capacity and speed of my old one, along with the latest and greatest software.  That is why it's going to take some time to get everything configured the way I like it.  You know, so I can find things ... like my pictures!!!  I had to ask for special blessings to get both of my email accounts set up, but since it was a new computer, one didn't get blessed enough.  Upon further investigation, the verification phone number isn't mine.  That's weird!!  Even more weird ... I'm receiving everything for that account on my phone and old computer!!

They repaired my four year old machine (that's 40 in computer years) which I will keep as a backup, and I can only sing their praises.  My total SHOULD have been $729 (installation of a new graphics card and ram stick), but my final bill was $74 for the ram memory parts.  That was a shocker!!!  They did all that work at NO charge!!  On top of that, they upgraded my machine to the latest operating system.

To make it even better ... if you can believe THIS ... because I am a retired Government employee, I got a government discount taken off the purchase of this new computer ... which came to $470 ... AND the Applecare 3 Year Warranty was included!  I just couldn't beat that with a stick.  It's going to take some time getting used to the new operating system, but I'm up for the challenge.  I love figuring out this kind of stuff!!

But FIRST ... I think backing up this NEW computer would be a GREAT idea!!  Here's the tip they gave me ... get an external hard drive that has something OTHER than a USB connection.  Transferring all that data with a USB connection is WAY TOO  S  L  O  W!!  Whenever you have a computer problem that needs repair, take that backup drive with you.  Since I didn't take mine, they used their USB Connection ... which is what took so long.  The difference is TEN hours versus TWO backup time.